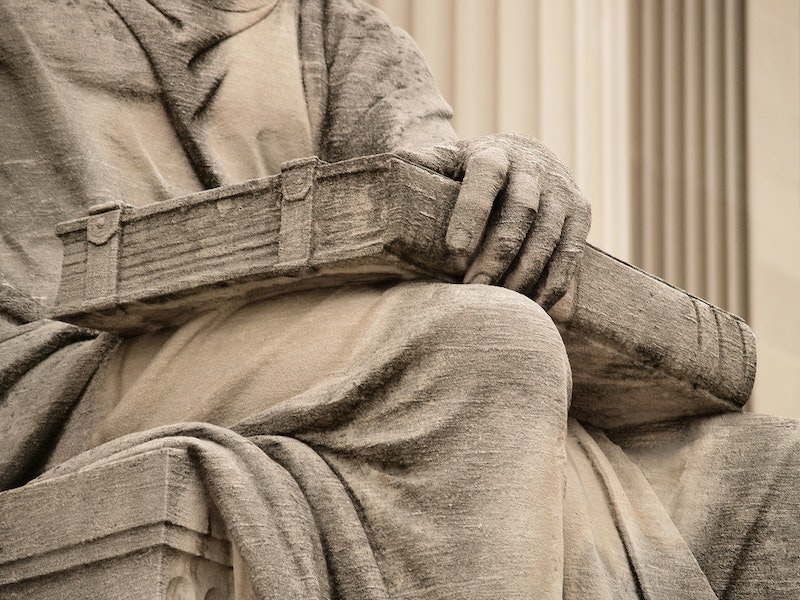 In August I came to the Duke University archives on a small travel grant, planning to research mid-century advertising history. The drive from the airport into Durham was beautiful—trees flanked the highways, and though Durham itself ranged from unpretentious to ugly, ornate collegiate gothic buildings lent Duke campus a beauty dimmed only slightly by the stifling heat. The experience was a little like what I imagine visiting an alien planet would be like—dislocating, strange, lonely.

The archive where I worked occupies a cathedral-like stone building next to the Duke divinity school and around the corner from Duke’s enormous, famous chapel (also cathedral-like). If the Duke campus had more piles of manure and herb gardens it could stand in quite nicely for the hidden library in The Name of the Rose.

I stayed at the very cheapest hotel in Durham, across from the hospital. This supposedly lay within walking distance of the archive, and for the first few days I shouldered my notebooks and walked past the school of nursing (unmemorable), the Duke clinic (freshly paved and landscaped), and some medical research buildings onto campus. On the first day I thought I would make a shortcut through a laboratory wing that sat directly between me and my destination; inside men and women with guarded faces and white labcoats looked at me; the exits on the favorable side were all fire-alarmed and impassable. I arrived at the archive drenched in sweat and exhausted, though the walk was only a mile—outside it was in the mid-90s, and about to thunderstorm.

Later I learned that the hotel employed a battered Chevy Suburban shuttle, piloted by a 26-year old named Jose who was willing to drive me almost anywhere within Durham. We talked every day, a little awkwardly, about the oven-like heat. He told me about working at the hotel as a handyman. He was savoring a job painting a vending area on the second floor—“some people do a shit job and they’re done,” he told me, “but I want to be able to say, ‘I painted that!’ if someone asks.”

I’ve always hated ordinary working libraries. I hate their rules, I hate the smell of library books, I especially hated Princeton’s incomprehensible, labyrinthine Firestone library. In Firestone, as in some horrible video game, guide documents encouraged visitors to navigate by finding specially inlaid paving stones; also as in a video game the stacks contained moving shelves that could crush trespassers. Once I found a kitchen stove sitting in between two disused metal shelves on the lowest level.

But archives, which are closed and seem secret, kind of appeal to me. Visiting an archive is like reading a riddle, or excavating a tomb. In an archive you might find something exciting and novel, some secret that the world has forgotten, and that sounds a lot more interesting than descending to a dank carrel with an armload of academic press books and developing, say, a new approach to narratives of furniture-buying in Dickens.

Past the doors of the Duke archive the medieval, mysterious fantasy ends—I found no flame-lit stacks, no carved oak desks, no theological debates or ox hearts or poison. The modern archive is a long room in which people sit with their laptops and digital cameras, carefully placing smeary mimeographs or handwritten Civil War letters on foam blocks and then photographing them. The archive echoes with the “snap” of virtual camera lenses rather than the scratching of quills—the Duke archive, understandably, doesn’t even permit pens in the room.

The files themselves ranged from fascinating to surpassingly banal. My grant brought me here to look into the records of the J. Walter Thompson company, a very old advertising firm that had worldwide offices starting in the 1930s. Their files ended up at Duke—some, like JWT executive James Webb Young’s precise, amusing memoirs, kept me riveted for hours. Others, like a protracted negotiation between JWT, Scott Paper Co. and Lever Brothers over rates for television advertising, did not.

The archives preserve boxes and boxes of old J. Walter Thompson advertisements, most of which I found surprisingly modern. Eastman-Kodak ads from the 1930s, for instance, urged consumers to get X-rays to head off vague health problems in much the same way that current pharmaceutical ads urge the viewer to examine his own set of symptoms and then talk with his doctor.

“And when winter comes,” one ad asks, “shall it be this?” The text hangs over a photographs of two laughing boys in wool hats, leaning against a snowbank. “-Or this?”, it continues over an inset picture of a child sick in bed, his mother holding a hand against his forehead. The rhetoric is simple and forceful, implanting doubt and anxiety in the reader’s mind before it promises the cure: a medical consultation including an Eastman Kodak brand X-Ray. “Radiographs provide graphic facts … disclose even incipient disorders in hidden areas. Therefore, the X-Ray examination is one of the most important aids in preventing serious illness…in prolonging life.”

J. Walter Thompson hired women early, and not just as secretaries—Nan Findlow, who eventually left to form her own creative consultancy, rose to great prominence at JWT, and invented an ad campaign for Windsong perfume that older Splice readers may remember (“Your wind song stays on my mind”). Findlow used a picture of a handsome man (to modern eyes a trifle doughy and saturnine) to sell the perfume when everyone else was using glamorous women—the pitch was that men would remember your fragrance, and apparently it worked very well, though the brand has declined since the 60s. You can still get Windsong from Parfums de Coeur, the distributors of drugstore treats like Really Ripped Abs on Steroids and the Designer Imposters line.

The archive has organized the files into collections pertaining to specific people, so personalities emerge. After spending a few weeks with these mid-century ad men (whose written life, at least, records none of the sexy drama of Mad Men, more’s the pity) I have come to like and admire them. Many had endearing hobbies – Norman Strouse collected beautifully printed books, James Webb Young adored the dry beauty of the Southwest.

In the 1940s J. Walter Thompson helped found the War Advertising Council, which eventually became our familiar modern Ad Council. The great men of JWT wrote and spoke with a heartbreaking, naïve optimism about America and capitalism. They wrote fiercely in defense of their industry, which even in the 1930s received criticism on the basis of both taste and economic wastefulness.

Advertising, they argued, provided the basic education that capitalism needed to function. Without Fords and perfumes and paper towels for a public to desire how would American business grow? JWT argued that advertising didn’t create desires for useless things, it helped the public identify things that they wanted or needed. These newly identified desires, they continued, not only helped industry directly (by increasing sales) but indirectly, by encouraging Americans to strive in their work so they could afford fine things.

In the 1950s they argued that advertising men, with their mastery of mass media, would form the front line in the fight against communism and socialism. They invested an optimistic, almost sacred meaning in the banality of choosing consumer goods (which they privately admitted were mostly identical—Scott paper towels weren’t much different than any other brand’s). They wrote of duty to the United States, to their clients, and to the consumer public. It was hard fro me, from my modern position of deep cynicism and mistrust in the capital system, to tell if they had believed what they said. They gave no over indication of insincerity.

The files seemed honest, as mute objects do. At the end of each day a film of atomized newspaper stuck to my hands; at night in my hotel room I ate popsicles and watched storms through my window.

On the final Saturday of my visit I walked through the Sarah P. Duke gardens. Their architects had filled them with worn millstones, whimsical follies, tiny, doll-like bridges, secluded pleasances and babbling waterways. Families strolled or sat; the turning paths seemed to promise a decorous, 19th century atmosphere of romantic dalliance and lantern-lit trysts. The shaded lanes tempered the heat slightly.

I glanced at a few informational plaques. In an earnest, terse, educational voice they explained the value of rotting logs and crumbling boulders. I stopped at a pond to watch carmine dragonflies turn and hover in the air. Two turtles, one large, one small, sat in congress on a sunken branch. The large one meditatively scratched his blunt, primordial face. The water sparkled with the impact of insects, as if with raindrops.

The muted heat of the gardens worked against my natural sense of irony and outrage. Somehow they redeemed the past few weeks of poring over records of trade, and persuasion, and corporate stratagems. Who could muster a hipster smirk in front of these insouciant turtles? Who could care for sour polemics as he walked beneath kindly trees and through jewel-like bowers?