A mild mescaline trip in the early-70s was in a young hippie’s quiver. 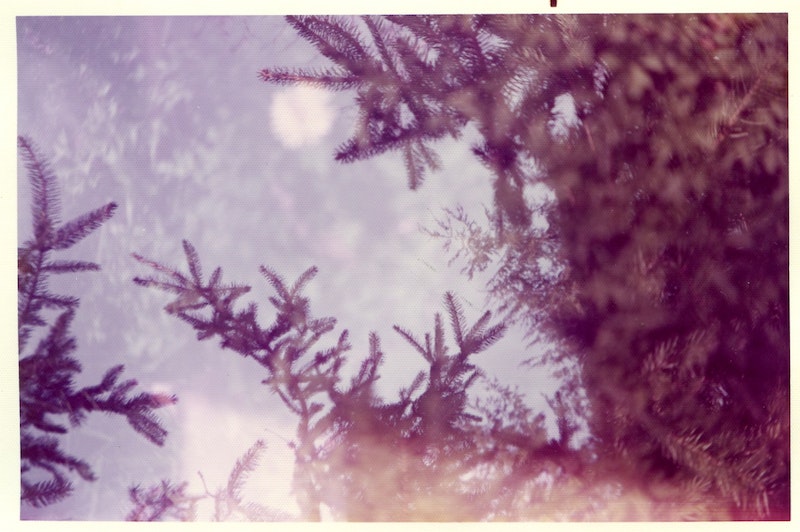 Solly, Cholly—a belated contribution to #TheTriggering, Wednesday’s social media flop—but I’ve never met anyone who’s had an acid flashback. I guess there were some isolated incidents, but I honestly think the whole notion was part of the anti-drug campaigns of the late-1960s and early-70s, the most notorious, and hypocritical of which was the Airplane’s Gracie Slick on the tube telling kids, “Say No to Speed!” (That PSA, perhaps part of a pot-bust sentence, didn’t harm her career, unlike the Lovin’ Spoonful’s Zally grassing out his connections, a confession that landed him in rock’s Siberia.) That’s not to say one can’t remember the liquid sky details of isolated trips, “flashing back” in a sober state, as I did recently upon looking at the above photo, taken when I was a teenager and, but of course, experimenting with double-exposures. I’ve no idea if you can pull this off with an iPhone, but then again, my interest is nil.

I haven’t indulged in psychedelics in more decades than John Kasich has committed GOP delegates, and in truth, while consuming acid was a rite of passage for young hippies, I never racked up the numbers that, say, John Lennon claimed. And I'm glad I didn’t! Anyway, one October evening in 1971, after scoring some mescaline from one of my five or so drug suppliers, in this case Jimmy Z. (who, I was told years later, ended up as a homeless hobo shuffling around Venice Beach, a hard-luck story that I was sorry to hear), several us high-achieving Huntington High School juniors dropped in private and then merged with a low-key cloud of brilliant colors and talking trees—how we ended up in the woods that led to Preston St. at one point I don’t recall—and laughed till our guts nearly spilled out. The one downer was that Richard Hoblock, our chauffer that evening in his beat-up VW—he wasn’t part of the mescaline posse, but knew what was up—was bent on screwing with our heads. So, while we cruised around the streets of Huntington, even negotiating a short, and, it must be acknowledged, blissful visit to the local Carvel for chocolate-swirl cones, his nasty streak took over.

Which meant that after the ice cream dripped down our BVD t-shirts, Richard detoured to Halesite where we made an impromptu—and uninvited—stop at the house of our friend Elena’s house. It was a fucking bum steer, I’m telling you, since Elena’s splendid parents were having a small dinner party (which Richard knew about) and crashing this scene, while peaking on the mescaline, was one of the last things I wanted to do, save perhaps intruding upon our Latin teacher Ernie Barra’s nighttime routine at his small apartment. Amazingly, we managed credible small talk with the adults and then escaped to teen-friendly quarters and listened to a new Pharoah Sanders record. No doubt Richard filled in Elena on what he considered gateway-to-heroin behavior, but neither she nor mutual friend Ruthe were put out by it. Guys being guys, and all that. We split after 45 minutes or so—and man, was it hot inside the house, which had nothing to do with the barely-cranking radiators—and my confederates and I ditched the imperious Mr. Hoblock and went for a long, revelatory walk and wound up at Brown’s Beach. It was too cold for a dip, but the mild waves appeared, in our state of mind, like those at Jones Beach. I’d never surfed before, but had the equipment materialized, there’s no doubt I’d have attempted to be at one with the water.

Got home around midnight—unlike Mr. Natural or Window Pane tabs of acid, mescaline, at least in those days, didn’t last on and on (like the 36-hours trips I was alternately delighted and horrified by a few years later at college) and I got home around midnight. Said hi to my mom and dad, even managed a short conversation on the news of the day, brushed my teeth and hit the hay. The next day at school, after classes had ended and I attended a Steering Committee meeting—one of my few “extracurricular activities” to pad college resumes—the purpose of which is a complete blank, Richard gossiped with the dozen or so present, like the snake he could be, and I was the recipient of a few raised eyebrows. Rolled right off, however, as I bought a couple of in-season McIntosh apples from the vending machine and then dithered around with whatever it was the Steering Committee was supposed to do. Richard did have one last word on the subject: “I hope you know, Rusty, that after last night’s bad, bad mistake, you’ll never be able to have kids.” Do tell, Rich! Did you get that from your father’s John Birch Society newsletter?