Damn It To Hell 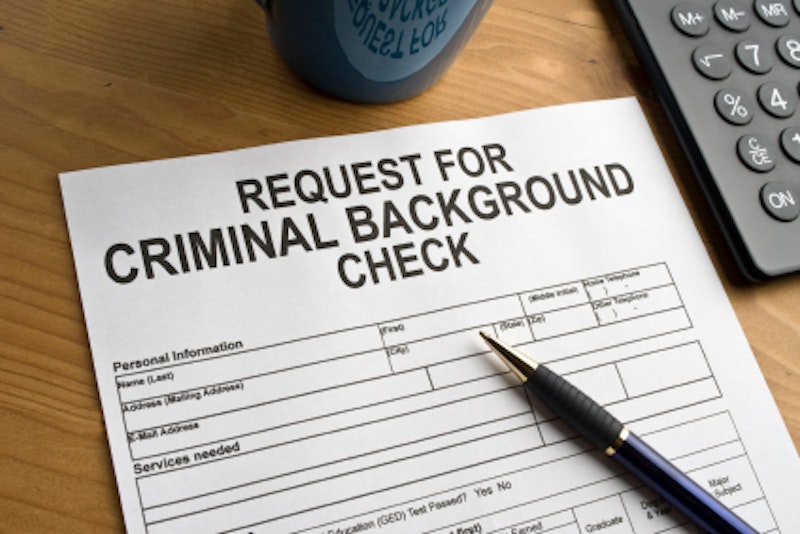 Do you know what it’s like to have the place that just hired you announce that you didn’t pass the background check? I do. A couple weeks ago I got a phone call from Human Resources at the place where I’m starting my postdoctoral fellowship this August. A very nice sounding Southern lady who may or may not have been Paula Deen was asking me if there was anything I wanted to tell her, like if I had something in particular to confess about my application. I say, no, not really, so then she starts telling me that I have four felonies on my record, including three arrests for possession of narcotics and one failure to show up in court. It’s an exact social security number match, an exact birthdate match, and an exact full name match, so it looks like it’s supposed to be me.

I told the nice Human Resources lady that I’ve never been arrested for anything, that I don’t even drink much alcohol and she was all, yeah, yeah, just dispute it with the company who runs the background. Within minutes of calling the consumer reporting agency that handles background checks, I get a nice, pretty email saying that I now have a clean record. So, yay for still having a job! I guess this means I’m chill for now, and I suppose it’s good all of this came out before I tried to get an apartment and the landlord looked at my background and imagined that I would turn my place into a meth lab. But it does make me wonder about the security and accuracy of information held in consumer reports to begin with.

When I called my grandmother to tell her that I am apparently a drug addict with a felonious record, do you know how she responded? “These motherfuckers, always messing up somebody who’s trying to do right, damn it to hell!”

I swear on Cavalli, that’s exactly what she said! Don’t F with Grandma Moore.

When I went to report my poached identity to the campus police at the school, they told me to go to the police station where one of the arrests was made and ask to look at an arrest record. If there’s an arrest record then there has to be a photo of the person on file and, thus, proof that I’m me and that that other person is not.

Ugh. Isn’t it exhausting trying to live as somebody else? I mean, I’m not sure how somebody even goes about assuming your identity. It’s already a lot of work being me as it is, so I can’t imagine being me pretending to be somebody else. In New York State if you want an ID or a permit or anything of the sort, you need to bring all kinds of proof to show that you are really you. Utility bills. Credit cards. Passports. Social Security cards. With that kind of buffer, how can some perp fake their way through enough to fool even the authorities? Why isn’t there a system in place to farm out con artists before they can con? And really, why is it that within minutes of telling the background checking agency that they had the wrong black dude that they were able to clear up my entire report?

The thing is, how do we know when there is incriminating information on our records that doesn’t belong to us? As far as I know, self-induced background checks are less common than checking your free credit report, which could also detail some funny business surrounding your identity. Are we to wait until a prospective employer brings it to our attention?

I wasn’t really that worried because I knew that, though it sucked, the situation would inevitably be cleared up because it wasn’t me. I just wish I knew what I did that gave this person access to my information so that I wouldn’t do that anymore. But here’s a word of advice: the next time you think about taking somebody’s identity, people stealers, at least aim for someone who has something worth stealing! You steal my identity and all you’re getting is thousands of dollars of student loan debt.