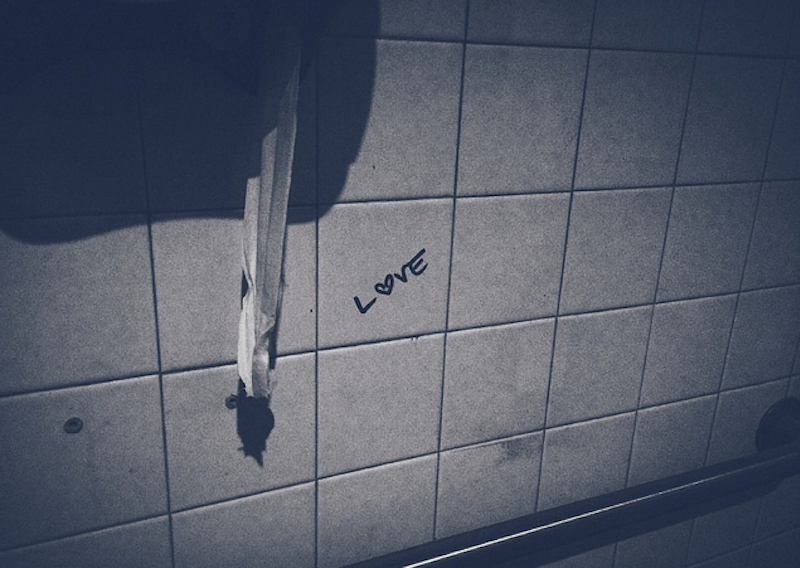 I understand the temptation to wax poetic about what it’s like to be in love. It’s a beautiful, inexplicable phenomenon and it makes sense that people might latch on to it, desperately cling to it, and praise it like some alien gift. But treating it as such casts a mass-manufactured and morally murky light on it in a way that the real deal is cheapened.

There’s a point where the gushing not only begins to promote unhealthy behavior, but also ignores a lot of what it actually means to be in love with someone. What it means to be part of a relationship so intimate that you can discuss bowel movements with one another without blushing, or know that you always have someone who can take care of an unwanted back hair.

Where are the posts with hundreds of thousands of shares about that stuff? The stuff that’s  more important than all of the gooey, nauseatingly heartwarming, Nicholas Sparks nonsense combined. With the right combination of soft lighting and dopamine you could “feel the heat” with just about anybody. Physical attraction (presuming that’s something you need) is a dime a dozen compared to the emotional end of an intimate relationship. Profound bonds are wonderful, but there’s so much more to being in love than exchanging sappy one-liners, or always having a shoulder to cry on, or placing your wants and desires below someone else’s.

You shouldn’t have to dismiss the importance of your wants and needs because doing that’s unhealthy, and if it’s habitual, you should probably re-evaluate your relationship entirely. Relationships are about compromise, yes, but they’re not about abandoning the things that make you happy in the name of some mystical entity. There is more to love than what the Internet would have you believe.

Love is gritty and stupid and fun. It’s easy and confusing and unattractive. It’s sexy and annoying. It’s a whole mess of things that transcend the rehearsed list of dreamy adjectives a lot of people tend to limit themselves to. One of the most beautiful parts about finding yourself in a loving relationship  is  the fact that it’s real and not sanitized.

Being in love means being able to do these things, while still having your hair stand up when you lay next to each other in bed or accidentally brush fingertips in the kitchen. Love is messy, and not always because of cinematic emotional trials. Sometimes it’s just messy because people are messy, and that’s okay — that’s good. The trick is being able to look past the mess, to embrace it a little, and to know that you are unquestionably happy.