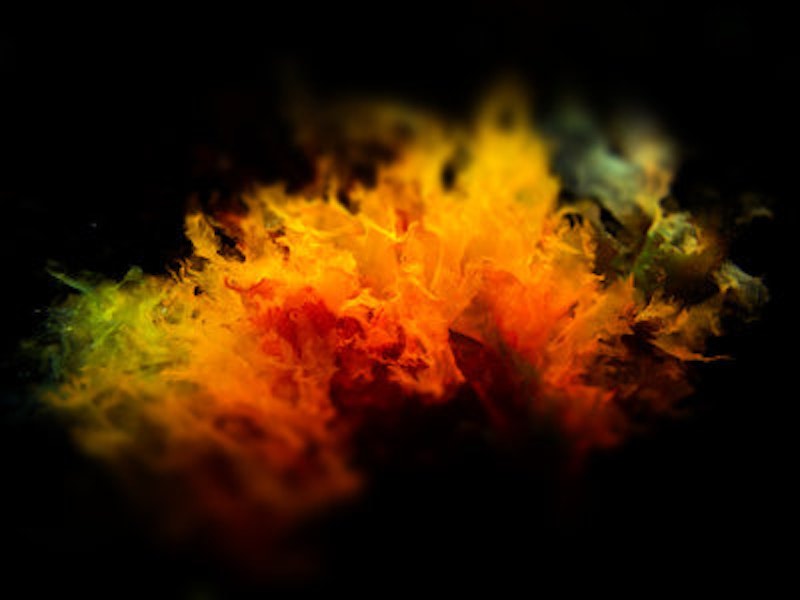 Jars, Scadian, and CDVF.com troll the bowels of Hell: the bottom of Baltimore’s Inner Harbor. Demons and psycho nymphs run amok, they use their powers casually to slay and vanquish evil while discussing matters of the Overworld. Rooster struts and chokes through thick clouds of ammonia and toxic waste, gripping his Tascam audio recorder between his beak.

Jars: Brother CDVF, have this powerful snake, it’ll boost your stats, I promise.

CDVF.com: So basically we’re doing this for love this time. We decided that vain death… actually my mom is calling me right now, so…

Jars: Hell: not the greatest place. Satan has overruled but we’re here to take him down. It’s really hard to see and CDVF is tripping his balls off. He’s got a shrunken head, a bleeding axe. Lots of blood all over his body. Can’t control him. He’s over there talking to his mom, apparently.

Scadian: I have to be honest about my sexual addiction. I’ve laid with many fallen, and you see fallen are demons of sanctuary, their women are quite ugly, but the men, the children? I give them nothing but love. I try to express to them that we are all equal and that love can be shown in many shapes and forms and through objects, as well. It doesn’t have to bind itself to a certain race or gender. I give love to all. The fallen, although they are minions of Diablo, must also have the pink slink dipped in their dink.

Jars: Yeah, so you just heard what Scadian said, and it’s why we kicked him out of our crew. He’s actually fucked in the head, real hard. We don’t like him anymore.

Scadian: I have no comment on this matter and I’m going to pretend he didn’t say that. It’s moments like these that I remember the first time I went into the confessional. I fucked the pastor. He was so smelly, but so soft.

CDVF.com: His skin was ripe. Riper than the demon’s dick.

Scadian: Like the smell of 17 fish swimming ever so deeply within Baltimore’s Harbor, mud clinging to the seawall, silently sinking into the darkness. Thank you, salute for the end of the night.

Rooster: But what of Ray Rice?

CDVF.com: I think Ray Rice is a stupid fuckin’ piece of shit, fuckin’ demonizing, I’m glad he’s not in the NFL, but also people forget that this shit happens every day, and just because he’s an NFL star everyone’s talking about it, but people need to talk about it more. Domestic violence isn’t going away.

Jars: Fuck the NFL and the Ravens Team of Football in general. The people that run these organizations didn’t do anything when they saw the tape, but when the people saw it, that’s when they started freaking out. Just remember that. They really fucked up. It was a cover-up, they should’ve just kicked him out right then and there, but they waited until the people saw it and freaked out, so they’re like, “Oh, we should probably do something so we look good.” They’re actually all bad men that want money. They’re fucked in the head, fuck sports.

Scadian: I need a new belt.

Jars: Oh yeah, and James Foley? He didn’t get his head cut off. It wasn’t even real. They definitely killed him after that, it was a false flag. The video was faked. They killed him for sure, but they didn’t cut his head off, at least not on tape. ISIS is a false flag to get America into Iraq again.

CDVF.com: ISIS is America. It’s a false flag, just like how America blew up the Towers. It’s bullshit. They want us to be scared.

Jars: CDVF is now identifying a legendary belt. BOOM! Put that shit on.

CDVF: The Court of Sherma, boys. Looks like something’s getting fucked up in here.

Jars: Your defense is so high, brother.

CDVF: So now I’m dropping acid on them. I don’t know if you guys have seen those videos.

CDVF.com: Well, I’m not into that shit. But! Have you seen those videos of girls getting hydrochloric acid dumped on their faces?

Jars: We use magical items, and sometimes the magic seeps into our skin. So we’re kind of fucked in the head a little bit, and we see a lot of trippy visuals.

Rooster: Gentlemen, what of Ray Rice?

Kyle: The man is WICKED! But I care not for football—I am a hockey man. To hell with those field fairies.

Robin Gold: Personal foul. I call a personal foul on him right there. May he never play football again. But remember, the NFL is a multi-billion dollar industry. They’ve got spies, they’re listening to this right now. It’s appalling.

Fogo da Chao: Yesterday I found out that the NFL saw the video in February. They suspended him, but that was it. It was only when the public was able to see the video that they did anything drastic. What happened in that elevator is beyond words.

Scadian reappears with a new gem and a cool belt.

Scadian: What’s an elevator? I believe it is something that elevates mood? Some sort of stimulus, yes?