I’ve been to Iceland twice. It didn’t go well. 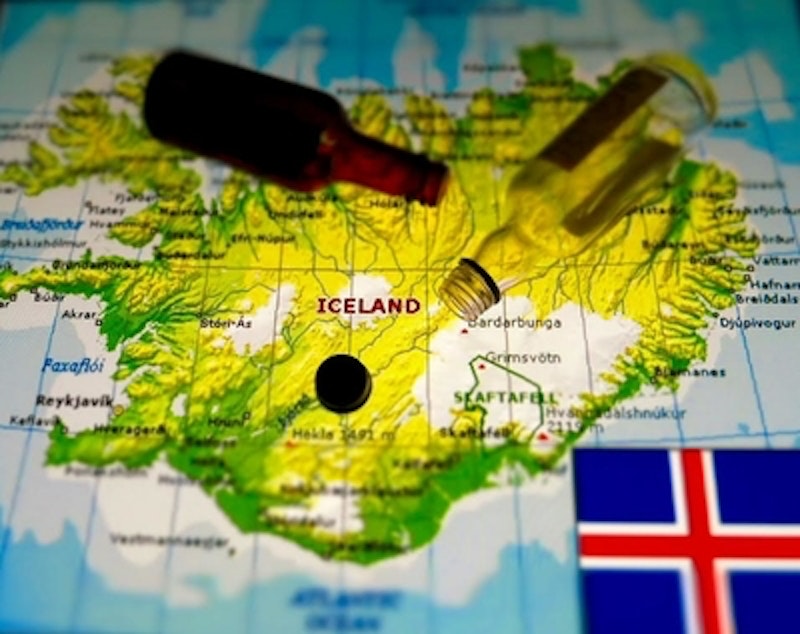 In the late summer of 1990, I was a twentysomething backpacker winding up a two-week trek across Scandinavia. I’d gone to see the fjords, connect with my Viking roots, and maybe frolic on a nude beach amongst leggy, free-thinking Nordic coeds. Agenda-wise, I didn’t do half bad—exploring Norway’s stunning Hardangerfjord region under cloudless skies and having a local on the Danish mainland led me to dusty church records where I discovered numerous new branches of the Jensen family tree. I even hit a nude beach on the Baltic island of Bornholm. (But apparently I missed coed season and was relegated to paddling around with a hirsute version of the cast of The Golden Girls.)

Now I was headed back to Baltimore. Or so I thought. As our Icelandair flight out of Copenhagen approached Reykjavik, the pilot’s voice boomed into the cabin with a bit of bad news: the plane most all of us were looking to catch to complete our trip was a) broken down, and b) sitting in Miami. Seems my Northern clime adventures weren’t over just yet.

I’ve been reflecting back on this, my first of a pair of difficult forays in the Land of Fire and Ice, ever since my Facebook feed started blowing up with photos of friends visiting there. Iceland has become a hip destination, spurred by a new generation of budget carriers that can make flying to Reykjavik cheaper than catching the Acela to New York. And so all the smiling selfies: folks poising on rocky precipices, bobbing in thermal baths, clinking glasses of exotic liquors in fireside pubs.

My first glimpse of the improbable island nation was from the bus that came to collect us airplane orphans and shuttle us across the not-inconsiderable swath of treeless, Martian landscape separating the airport from Reykjavik itself. We were all put up in a hotel affiliated with the airline. Admittedly, after weeks spent in hostel—fetid dormitories, rickety bunk beds, travelers snoring in a dozen languages—the prospect was not displeasing. I greeted my private room with some excitement, tossing my backpack on the capacious bed and poking around with near giddiness. The small refrigerator caught my eye, as did its bounty of drinks and snacks.

I had a beer open in minutes, and when it was down to a final swallow, moved my pack off the bed to stretch out for a bit. Then I saw it. Beneath my pack was a price list for fridge goods. And while I didn’t know the current exchange rate for Icelandic krónur, I’d been in these exorbitant latitudes long enough to know you can pretty much substitute Are You Fucking Kidding Me? for any numeric price. I had no local currently, carried no credit cards, was limping home with a perhaps a single, dog-eared traveler’s check. As it was, I’d blown all my savings (and all my vacation time) to take the trip and, yes, I was hopelessly naive to the ways of mini-bars. I’d been staying in places where you have to take your plastic-wrapped passport and money into the shower with you so thieves don’t make off with them.

Only one thing to do: hide the evidence. I tossed the empty bottle into paper bag, slunk out the hotel front door, and scrambled up a hill across the street—ignoring the freshening wind and spitting rain. From on high I couldn’t help but notice the triangular bulk of Hallgrímskirkja, the then relatively new Lutheran church whose soaring concrete spire dominates the Reykjavik skyline to this day. But my mission was purely temporal. I was looking for a trashcan.

That evening they had us all down to dinner at large communal tables. It was an odd lot I’d been thrown in with. To my left, a Belgian college professor, and to the right, a North Carolinian guy about my age with a unique way of expressing his homesickness: “I can’t wait to get back to my Camaro and just stomp on her.” Idle banter ensued, talking muscle cars one moment, life in Brussels the next. Then a voice chimed in from across the table: “Hey, did anyone else take something from out of the room fridge?” More than a few of us younger diners looked up sheepishly, our eyes meeting as our minds began to synch. If the damn airline kept their planes in order we’d be home now—embracing loved ones, slumbering in familiar beds, burning rubber—not on this bleak rock eating rubbery fish. While the Belgian academic planned to retire early, a differing agenda emerged for some of us: room party.

And so a merry band went about assaulting the mini-bars like Visigoths at the gates of Rome. I vaguely recall washing a Toblerone down with vodka tipped straight from an airplane bottle. At one point, Camaro Boy was gnawing on some Icelandic confection and I asked him what was in it. He paused to earnestly study the ingredients panel. “I dunno,” he concluded, “it’s all in that gibberish.” Things got hazy fast, and I’m not sure how I managed to make it back to my bed, where I fell into a slumber from which a hundred snoring backpackers couldn’t have awoken me. But then I was bestirred by a five a.m. knock on the door. Our plane was here.

Bleary-eyed and with a skull that felt like Thor and his hammer were making renovations within, I stumbled onto a bus to be trundled back across Mars to the airport where we boarded the plane without incident—or mention of the heaps of empty bottles and food wrappers in our wake.

Fast forward to 2006, and I’m again flying Icelandair back from a Euro jaunt—this time a week on the Scottish whiskey island, Islay. And this time there’s a scheduled four-hour layover in Reykjavik. I’d joked about returning to the scene of the crime—de-planing to see my photo among those on a poster reading Wanted for Vulgar Theft: The Mini-bar Seven. But, no. While I was slinking off to the main concourse for a drooly slumber in some dark corner, I heard a voice from behind: “Aren’t you coming with us?” I swung around to see a Scottish woman who’d sat near me on the plane.

“The free trip to the Blue Lagoon,” she gushed. “Includes bus fare, admittance, loaner bathing suits—guaranteed to have us back for the flight. Come on.”

This excursion was news to me, but the Blue Lagoon was not. It’s a sprawling geothermally heated lake where the mineral-laden water resembles light blue milk. Bathing here is perhaps the signature Icelandic tourist activity—depicted on every brochure. The woman turned to join a steady stream of folks from our flight heading down a side corridor, and I just fell in with them—sure my ignorance of this treat was the result of bureaucratic oversight back in Glasgow. I was one of the last to board the waiting bus, and a statuesque woman from the tourist board followed me up just as the engine fired to life.

“Welcome everybody,” she said, smiling. “I’m just going to come around now and collect your coupons.”

Another oversight, surely—me not possessing said coupon. I explained as much when she reached my row. Her only response was to ask where I was from (though I’m pretty sure my brogue-free accent gave that away).

“I’m sorry,” came her crisp reply, “but this offer is only for residents of the EU.” Nothing to do but plod down the aisle, off the bus, and back inside where an empty seat in an empty airport awaited. A sort-of North American walk of shame.