Who’ll be the next in line to get hacked—again. 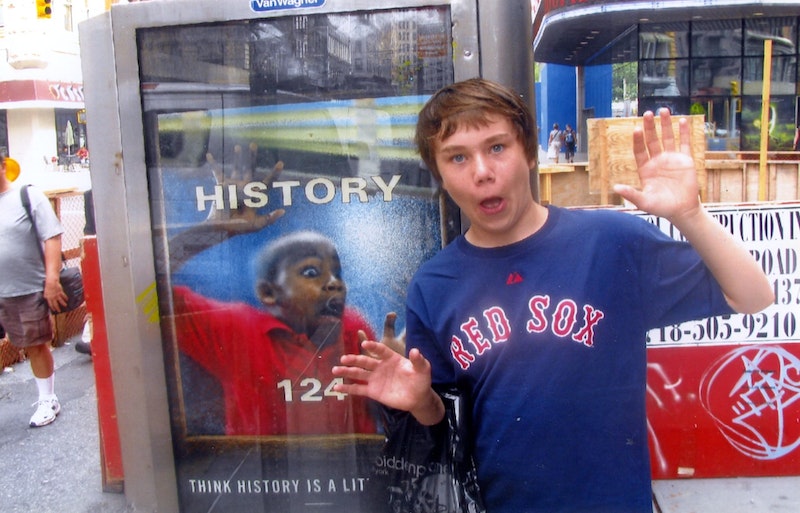 I can count on my toes the number of working journalists that are worth reading, but Harry Siegel—who writes for New York’s Daily News and The Daily Beast (a noteworthy presence at that mostly miserable, clickbait site)—is one of them. Siegel works hard, makes phone calls, quotes actual sources and, as is necessary today since almost no one visits a publication’s homepage, rigorously promotes his many stories on Twitter and Facebook. Last Sunday, in The News, the topic was Americans’ loss of privacy because of the Internet. Not groundbreaking, the open book we’ve all become, but Siegel set his sights on the latest (publicly revealed) breach of confidential information.

He begins: “Equifax, one the big three consumer credit reporting companies, said Thursday that hackers had stolen its data on 143 million Americans, including our Social Security and driver’s license numbers, names, addresses and birthdays and… the account-recovery answers we’ve submitted to sites across the internet, like where you met your spouse, the name of your oldest friend and the color of your first car.”

I may use Equifax, or perhaps my accountant does, but I’ve never heard of the firm, which, in 2017, is neither here nor there. The value of Siegel’s story, although spitting in the wind, is informing his readers of yet another violation of their privacy. And in reality, we’ve lost the privacy battle and war—for those even aware it was being fought—many years ago. Social Security numbers? Those went public, for all intents and purposes, for anyone who banks or uses credit cards online. And that happened (or so it seems) a century ago. Hacking is so routine, so ubiquitous, that when, say Visa, calls you to report suspected fraudulent purchases on one of your cards, it’s not a surprise—like 25 years ago—but rather one more nuisance that you’ve got to take care of.

Which isn’t easy! I’ve had about eight such inconveniences in the past year—and I’m not especially promiscuous in my use of credit cards—and need to budget at least a half hour to straighten it out. And that’s on a good day. Oh, and the supposed Fort Knox security of chip cards? Another laugher. A year or so ago I stayed at an upscale midtown hotel in Manhattan, paid my bill with a new chip card, and two days later got a call from a woman who thought it was strange I was making sizable purchases in Michigan and Florida on the same day. So did I!

My oldest nephew has tried to game the system—he’s got a survivalist streak in him, without any of the proselytization—by never buying anything online or registering on any websites, with the generous exception of Splice Today. He feigns, I think, victory over the all-encompassing loss of privacy, but surely knows that anytime he uses a credit card at a restaurant or one of the few remaining bookstores in his city, he’s dead meat for hackers.

Of course hacking is a common theme for current TV shows, and while most of the storylines go overboard, the other night I was watching an episode in the 2016-17 series of Criminal Minds—formulaic, but I like Joe Mantegna and Paget Brewster—and the crook was an introverted schlub who exacted revenge on women who scorned him on dating websites by hacking the cars of people he didn’t know, leaving them helpless to brake, and then mowing down the offending meany-pants who rebuffed his advances.

I’m no particular fan of Mark Zuckerberg—his forays over the summer into America’s “heartland” to see how “ordinary” people live were hilariously inept—but the mini-furor over Facebook getting used by Russians to promote Trump last fall is off the mark. No doubt Zuckerberg’s company has become so enormous that the bigwigs in charge let all kinds of stuff slip by, and if something truly embarrassing is revealed—on the scale of Uber’s deserved misfortunes—I suppose Facebook will take a hit. Wouldn’t bother me. Like many older users of that social media site, I’m glad it wasn’t around when I was a kid. Not that I was rambunctious in a sleazy way, but cell pictures snapped of me trying to walk through a donut shop’s window were thankfully never taken. Likewise, snorting lines of crystal meth during a final exam at college, no inhibitions whatsoever might’ve caused embarrassment. Then again, mouthy journalists—except the most self-righteous, which, actually, covers about half the field in the post-Watergate era—don’t usually run for office or apply for a CIA position.

Anyway, the most disturbing reminder of nasty privacy issues in Siegel’s story (and all the others that followed) is the apparently easy theft of your Social Security Number (or passport), the hacking of which I can’t begin to imagine what headaches it’ll cause. I’m flying to Toronto next week: maybe I’ll get lassoed by a TSA drone and get told that my name isn’t really Smith. As if I haven’t heard that my entire life; although in reflexive and stupid jokes. Next dispatch from the interrogation room.