Emily Twiggs and Brian Powell catch up with old friends, while trouble is on the horizon for the citizens of Anytown. 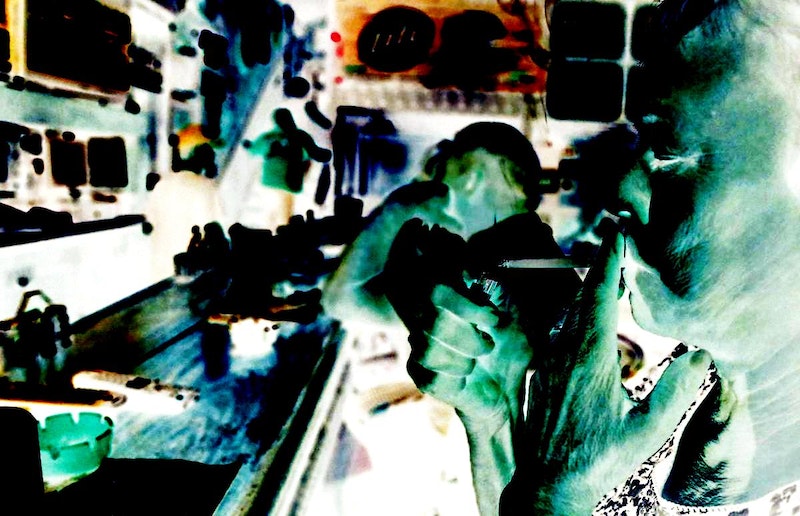 —John Grisham has wrote many great books and storys in his time but this one is the best one yet at least top 3 Id say.

—Great book that arrived on time. My wife loved it!

—Couldn’t get the ebook version to work on my Nimble 5 but enjoyed the paperback version for a change. Grisham is still the GOAT!

—The Stenographer is, in my opinion, Grisham’s finest work to date. Truly his penultimate book. Our story concerns a single mother, Paula Johnston, who makes her living as a court stenographer. It’s not the movies she dreamt of acting in as a girl but like my own mom told me, “hey, it’s a living!” LOL. It’s a simple job that pays the bills, especially this is important when Madison (her young daughter) is diagnosed with a rare disease Morgellens (sp?) that has no cure but things get even worse when the Mob is on trial and a bad killer for them contacts Paula and says if she doesn’t alter the court records to say the witnesses in the trial lied and that Barzini is innocent, they will kill Madison’s doctor, who is the only one that can possibly save her. Well, I don’t want to spoil the rest but suffice as they say, not everything is what it seems to be! 5 stars.

Emily let go a forlorn sigh and put down her tablet. Now that she was working at Moustache Publishing as a real live writer, her dreams should seem closer to reality than ever! But they didn’t. She wasn’t writing the next The Bailiff or The Stenographer. She wasn’t even writing the next The Gavel, a piece of fiction that even Grisham’s most ardent supporters generally admitted strained credulity, given its use of an anthropomorphic gavel as its protagonist. Emily felt that the concept was a good one, but that Grisham hadn’t trusted his vision enough to really run with it. “He chickened out at the last minute, Danny, and I guess that’s what I feel like I’m doing by… writing this stuff about Ed Jacks instead of working on something I can really feel passionate about—that people talk will talk about like the John Grisham works that inspired me and helped heal the nation,” Emily confessed.

Danny Cater made to put an arm around her but remembered—thanks to a woman pointing it out to him in the elevator moments earlier—that his unwashed pits smelled like rancid onions. He really had to start bathing or at least using deodorant, but he had so much on his mind. Instead, he put one of his tiny, lukewarm ferret paw-like hands on her knee. She started slightly but forced a smile at him. “Just ‘cuz you’re working for the Moustache folks doesn’t mean you have to give up on your dreams, E.T.,” Danny consoled her in his strange, constricted, nasal drawl. “I’m still pursuing my goals while I juggle real life responsibilities. It’s all about balance.”

Emily crossed her legs as a polite way of ridding herself of his damp little hand. She made a mental note to burn the stockings she was wearing, and then sighed. “I know, it’s just…” she took a breath, scrunched up her face a bit as she caught wind of something like rotten cabbage or onions gone bad. Turning her body a little she said, “You’re right. I just need to keep working. Moustache Publishing is just a means to an end. And besides, I get to see something I wrote in print! With my byline! How many people can say that?”

Danny smiled sadly as he fidgeted with a tattered napkin.

“It’s okay! There’s nothing to apologize about. When it’s ready, I’ll share Modern Love with the world,” Cater said, all but beaming, a real gleam in his eye.

“I didn’t mean—I just…” Emily fretted, sadness all over her face. “Oh,” she added, surprising herself by taking one of Danny’s hands in hers. A surprise not only because he was so icky, especially his moist, clammy little paws, and she had never touched him spontaneously before, but because her thin, dainty hand was bigger than his by a noticeable measure. She didn’t want to stare but she really was baffled. “It’s really good, Danny, I… I think I just didn’t get it when I read it before. You know—too ‘artsy’ for me, maybe?”

Emily smiled, released his hand, tried not to think about how her palm now felt clammy and moist. “I’m sure it’s great, Danny. I know it is—my best friend wrote it.”

Danny grinned. A couple of his friends had told him she wanted nothing to do with him “in that way” and that he was “drowning deep in the friend zone” but there it was right there: “best friend.” His smile grew even wider—a real cheek-to-cheek, ear-to-ear job. “Losers,” he said aloud.

“What?” Emily asked confusedly as she put her tablet in her bag.

He shook his head. “What? Nothing. I just… need to get going too.”

“Oh yeah? You got a hot date?” Emily kidded.

“No, I have to get over to the Convention Center,” he said in a tone that seemed to indicate he’d taken the “hot date” joke seriously.

“The Convention Center? Are you going to the Muggs Tidwell event?” She slipped the shoulder strap of her bag on as they both stood and gathered their things. “I didn’t think you liked him.”

“God, no!” Danny objected cattily, making his distaste for Senator Tidwell sound much more extreme than he’d intended and than it was. He opened his book of sketches, a treasure trove of off-hand doodlings by comic book artists for which he’d spent much of his parents’ fortune. “Con.”

“No, it’s… hmm, I guess it’s more of a panel, really, highlighting BIPOC creators of trans Sleestak comics and mangas,” he said thoughtfully.

Her eyes widened as if amazed that such things existed. “Sounds… cool,” she said with some effort.

“You can come too if you want, we could…” he said breathlessly before being cut off.

“I have to go to dinner with… work friends,” she said. She blew him a little kiss. “Have fun though,” then added sternly, “And be careful!”

Danny strapped on his driving helmet. “Careful is my middle name. See ya, E.T.”

Powell tossed his butt into the ashtray and stepped into Flannagan’s, the harsh daylight and oppressive heat and humidity of the Anytown summer evening yielding to the murky, smoke-filled air and cool darkness within the seedy, mostly empty pub. A few hopeless boozehounds were in the advanced stages of alcohol-induced decay and a couple of sad sacks were feeding on the complimentary pretzels, but that was about it. Servais was behind the bar. He had a five-o’clock shadow and was a little older but basically looked the same as when Powell had last seen him. He was reading a tattered paperback of D.H. Lawrence’s Apocalypse and nursing a drink. He looked up to regard Powell lazily.

“There’s a guy I ain’t seen in a coon’s age,” he said in a tone of gruff familiarity. He watched Powell take a seat on the stool before him. “You sit down to take a pee now too, Kid? Men stand up when they drink around here!”

Powell eyed him wearily but stood and shoved the stool aside. Servais grinned, extended a leathery paw. Brian took it and they exchanged a vigorous shake that Servais appended with a clap on the shoulder.

“How ya been, Kid? Looks like you put on some weight,” he said, pouring a shot of rye for Brian and topping up his own.

“Still look like ya couldn’t curl a fuckin’ Q-Tip,” Servais gibed. “Good you’re off the dope though. Wasn’t much left’a ya the last time I seen ya.” He raised his glass, Brian followed suit, and they clinked them together. “Cheers.”

Down the hatch with the drinks and then two more for each of them.

“I thought I heard you were managing ball out in Seattle or something,” Powell said after a minute.

Servais refilled their glasses, stuck his lip out a bit and shook his head. “Nope, couldn’t be me,” he said, pausing to sip his rye. With a sound of satisfaction he added, “Nope, had my fill of the West Coast with the Giants way back when. Only way I’d go past the Rockies now is if somebody dragged my cold dead body. Nope, I’m good right here in Anytown.”

Powell nodded and drained his shot.

“How you makin’ your livin’ these days, Kid?” the burly former catcher asked, refilling both glasses.

“Ah, you know…” Brian shrugged a little, lit a cigarette.

“Hey, you can’t smoke in…” one of the sad sacks roused from his depression to chide Powell only to be rudely interrupted.

“Shut your goddamn piehole or I’ll throw you on the other side’a that wall, fuckass!” Servais barked, the veins in his temples and neck throbbing and bulging, his teeth gnashed and his pointed index finger trembling with rage. He turned back to Powell after a moment, still steaming. “Fuckin’ layabouts tellin’ me how to run my goddamn place.”

“I’m, uh, back at Moustache. You know, takes, content, all that crap,” Powell waved some smoke from in front of his face, took a drink. “Had to start working at pizza again because of this lawsuit with… eh, forget it. It doesn’t matter.”

Servais grinned. “What’re you dyin’ your brains with these days, then?”

Brian shrugged. He knew Servais was likely to offer him some keyboard duster but was resolved to say no. “I’m on a different trip now. Trying to,” he extended his leveled hand out in front of him, “Keep on the straight and narrow.”

“Isn’t always easy, though. Especially on days like this. Fucking lawsuit’s bleeding me dry and I have to go to the Convention Center to cover some goddamn ‘bodies creating art in spaces’ shit and Muggs Tidwell giving some kind of speech. 15,000 words on each. What is there to say about either of those… any of that shit? Christ…” he trailed off, taking a drag from his smoke.

Servais gulped his drink, swished it around in his mouth a bit before swallowing. He scratched his chin, and then leaned on the bar. “Remember, Kid, there is nothing of you that is alone and absolute except your mind, and you’ll find that the mind has no existence by itself, it’s only the glitter of the sun on the surface of the waters.” He looked hard at Powell, directly in the eyes, then turned his head slightly, looking perturbed suddenly. “Something bad happens now…”

Shortly after, with a tension hanging thick and heavy in the air, there came a hellish crash from outside, the terrible screech of tires trying and failing to stop, busting glass, crunching metal, shattering plastic, screams. Servais hopped the bar in a flash and was already making his way to the door when it swung open.

An alarmed-looking woman entered, frantic as she shouted, “There’s… there’s been a… a horrible accident! We need someone strong to help get… get them to safety! Can you…?”

Servais didn’t miss a beat: “Don’t think you’d be much use, Kid. Keep track’a your drinks,” then, stopping in the doorway, he looked back at the somewhat crestfallen Powell. “And lift some damn weights, will ya?”