We are living under a grand illusion, and there are only two remedies: inward reflection and an acceptance of death's inevitability. 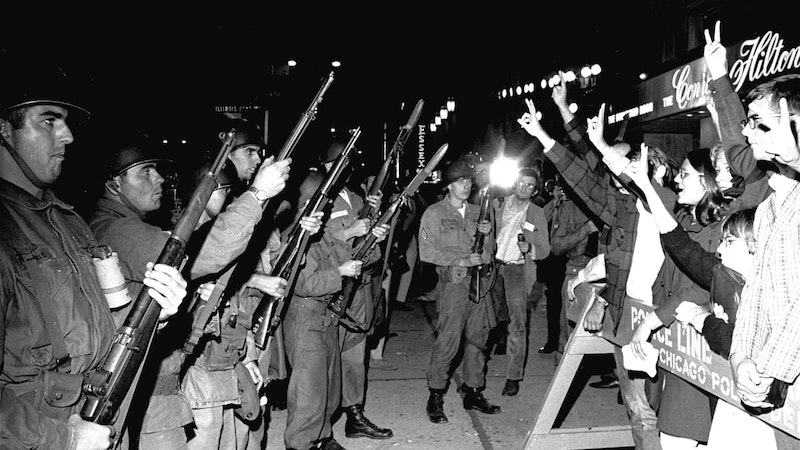 Society is operating right now under a grand illusion. Authentic identity is disregarded and a fake persona is preferred, whether for the creators of the personae or the consumers of inauthenticity. The more “clicks” you have, the more real you are, or at least, that’s the understanding and mechanism of an illusory society.

The real problem is that some have a firm belief in an illusion, and it’s the only thing they seek. Everyone’s entitled to their own simulacrum, I suppose, but how far can such a spiritual (or better yet, un-spiritual) traveler journey before they disappear into the meaningless ash?

In his book, Faith and Violence (1968), Thomas Merton comments on the culture he experienced, which appears not unlike our own daily insanity and stupidity. The mass media was the problem then, and is the problem now. Although Merton doesn’t think that mass media should be destroyed, he does question its persistence of illusion. It’s a Tower of Babel, and we must ask “How does one stop to separate the truth from half-truth, the event from the pseudo-event, reality from the manufactured image? It is in this confusion of images and myths, superstitions and ideologies that the ‘powers of the air’ govern our thinking… how can one avoid being deluded and confused?”

Our current reality is mainly composed of “pseudo-events” and pseudo-critics, pseudo-intellectuals, and pseudo-journalists yet most people accept it. Standards are low because the culture has declined and the so-called expertise is already pre-packaged and branded. The only thing that matters is a quick sound bite in order to, allegedly, illuminate one idea that conforms to the presented ideology.

Aleksandr Solzhenitsyn felt this illusion when he sought refuge in America from the Soviet Union. Commenting on his status as a writer and an expert in America, Solzhenitsyn writes, “As soon as something happens somewhere, it’s like a bump swelling up, and the agencies rush to get my point of view—but it will only last five minutes, and after that there’s another bump somewhere else, and the first one is totally forgotten. The media go all out for news value, not profundity.”

One could say, but what can you possibly expect? This is the media we’re talking about. (Today, Twitter has expanded such a destruction of profound thinking even more.) But Solzhenitsyn continues with an important point about interior lives of people, especially himself. He writes, “…for me to write even the tiniest public statement I must find a solid chunk, a fusion of thought and feeling, great concentration, commitment, and the upending of my entire being.” Solzhenitsyn took his work seriously. Writing wasn’t just a job or a profession. It was a vocation, and it was inextricably tied to his faith.

Given the propensity of information and fakers on various fronts, why not be more rigorous and discerning about what we read or whom we listen to? Because nobody wants to admit that they’ve been duped and so, the circle of illusion continues. In addition, the enlightenment (personal or collective) has no cultural value (this is the similar problem Solzhenitsyn ran into during his time in America).

There are however, two aspects that can remedy such a cultural problem. First is solitude. Merton observes that “Solitude is so necessary both for society and for the individual that when the society fails to provide sufficient solitude to develop the inner life of the persons who compose it, they rebel and seek false solitudes.” Our inner lives are essential for the daily workings of our souls and minds. If life is never examined, then neither will the external world be examined, and the acceptance of inauthenticity will naturally follow.

Second is our acceptance of death. Today’s culture sick in many ways, and one of the symptoms is our denial of death. In 1915, Sigmund Freud wrote, “Would it not be better to give death the place in actuality and in our thoughts which properly belongs to it, and to yield a little more prominence to that unconscious attitude towards death which we have hitherto so carefully suppressed?” Death is the greatest of terrors and fears, yet the acceptance of its reality is a natural journey toward reflection, solitude, and proper judgment of the world, both fake and real.