Could it be we’ve run out of patience, luck, money or time? 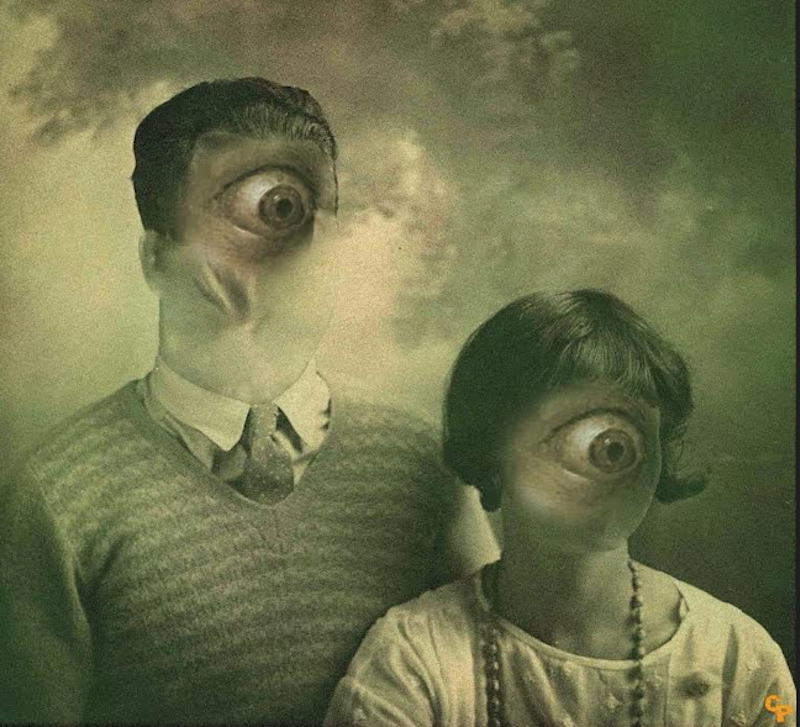 The line between what’s believed and what isn’t is permanently blurred. Maybe it always was. Nothing looks as it should, acts like it is, or sounds right. It’s a jumble piled in a mix and match bin of recycled bad ideas. That second-hand thrift store of old news that stinks like sweaty ass and old sneakers on a dusty bottom shelf. Resources depleted. Hearing the same tired rhetoric of if only, wish, pray, gamble for better days. Classic old songs and dance routines performances daily, double matinées on weekends, doesn’t cut it anymore.

Could it be we’ve run out of patience, luck, money or time? Evaporated water, sucked up into the dirty air. Clean up in aisle three. Flush, swoosh! Public opinions at an all-time low. Waiting a lifetime for that rare something different, can’t quite put a finger on it. But, you’ll know when you see it. Touch it, feel it in the dark. Ready to hear it, but the words never come. Standing mute as the dawn sounds, morning's futile awakenings. Doomed on repeat. Can’t buy happiness, but it doesn't hurt none.

Receiving false information from unreliable sources, while believing genuine reproductions must be true. Accepting at face value. The bogus intel info exploding everywhere at once. Take it in like a wet sponge, spoon-fed with a grain of skeptical salt, peppered with false facts, knock on wood until knuckles bleed a bit, say a prayer for zero answers. Simply quitting the game, the next race is rigged. No escaping that timeworn face, it never adds up to anything either way. All is lost here behind the faces, and gone over there. To continue the greatest folly, keep life's mysteries alive and kicking. Ways of coping with stress and anxiety in modern life wear thin. There’s only so much to numb the senses. This guessing game of fumbling facts from fiction is multiple choice, pick one, no matter how silly the questions.

It’s all gravy on biscuits, the icing on lies. Hot diggity dog cover-ups of spicy mustard and the bloody relish of centuries. No one will see because there won’t be a single hot dog left to eat. Leaving nothing but meaty scraps of stardust and the solar winds from god's gassy afterburner overture. On a broken wing and a forgotten prayer, sailing through heaven's vast emptiness. A copy of a blank page, repeating. Moving backwards in squiggly circles to meet your makers in the flesh. Artificial intelligence, the essence of everything’s synthetic reality. Witness holographic alien landscapes, even worse nightmares to come. The passion play is missing, retro power source shutdown. Mission aborted. Reverse thrusters in full denial mode. Lost dimensions question spatial delusional thoughts about the nature at the center of a Tootsie Pop, licking wounds, lost in unnatural worlds.

Mother Nature, Father Earth, Sister Moon, Brother Sun, estranged from the nuclear family, isolated and alone in an empty house. A refugee in a burned-out church. Praying for death and a refund for those already gone. Out of touch, poked with a sharp stick in the cosmological eye. Separated from the elements. Left to fend for a seat at the table for one. Can’t zoom in to see the forest from the burning trees in front of nosebleed seats.

How did it get so bad, so weird, so far out of whack? Way of this world, out of the country on business. It’s bankrupt emotionally, unaffordable to bank on, to be part of it all. Out of your mind. So much left to see in the invisible world. One with the world. Always arriving at conclusions. It's a natural. You can’t get there with a closed mind, eyes shut, fingers in your ears, crazy crying, always screaming about the end.