Are You a Mensch?

A mensch is someone you can call at two a.m. to pick you up from a party because you’re drunk. 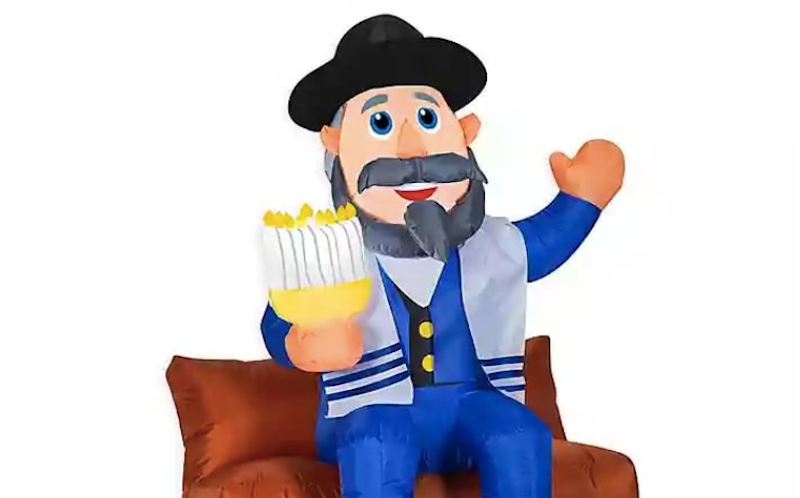 In Jewish culture, there’s no greater honor than being called a mensch. A mensch is kind and decent, humble and empathetic. A mensch is a person of integrity, someone who does the right thing regardless of consequences. Growing up in a Jewish household, I often heard my parents implore me to “be a mensch.” They challenged me to do the right thing, to be a stand-up guy even if it meant going out of my comfort zone.

In third grade, my best friend Josh stole my big wheel. I confronted him and we had a fight yielding mutual bruises and black eyes. My mom urged me to apologize even though in my eyes Josh was at fault. “Be a mensch,” my mom said. “You need to be the bigger person.” I apologized, Josh and I became friends again and I let him ride my big wheel whenever he wanted.

In his book The Joys of Yiddish, author Leo Rosten wrote that a mensch is someone “of noble character” who displays “rectitude, dignity and a sense of what’s right.” Mensch derives from the German word for “human being.” In Yiddish, mensch translates to “a good person.” It’s technically a term reserved for men, while women are referred to as “menschlichkeit.”

Being a mensch isn’t related to personal success, wealth or status. A mensch may strive for achievement but never at the sacrifice of another person’s gain. A mensch is not egotistical or pompous or self-aggrandizing. A mensch is sensitive to the feelings and needs of others. A mensch behaves for the benefit of the group more than himself.

My grandma grew up during the Depression. Whenever her family learned of a neighbor without food, they invited them over despite their own food struggles. “It takes nothing to add a little more water to the soup pot,” my grandmother said.

A mensch will drive across country to help a friend in need. A mensch is someone you can call at two a.m. to pick you up from a party because you’re drunk. A mensch will visit you when you’re sick and when your mother is sick. A mensch will offer his subway seat to a senior or share his sandwich with a homeless person.

Virologist Jonas Salk developed one of the first polio vaccines. He chose not to patent the vaccine or to seek profit from it. He considered the speed and optimization of worldwide vaccine distribution as more important than personal profit. Jonas Salk was a mensch.

A mensch recognizes the spark of the divine within us all. We are all made in God’s image. A mensch sees humans as “humane.” The Jewish sage Hillel taught, “in a place where no one behaves like a human being, we must strive to be human.”

Father Damien was a Roman Catholic priest from Belgium. In 1865 while serving in a Hawaiian parish, he learned of locals dying by the thousands due to leprosy. Those with the worst cases were banished to the island of Molokai. Father Damien volunteered to go to the leper colony and care for the sick. For 16 years, he tended to them while living among them. He contacted leprosy himself and died in 1889 at the age of 49. In 2009, he was canonized a saint. Father Damien was a mensch.

There’s an old Hasidic tale that tells the difference between heaven and hell. Both realms look the same. There are mountains, lakes, streets and houses. There are banquet halls with long tables covered in platters of food. In both places, peoples’ arms are rigid and unable to bend at the elbow or wrist. As a result, they can’t feed themselves. In hell, people languish in hunger while their untouched food sits before them. In heaven, people reach across the table and feed each other. The difference between heaven from hell is how we treat each other.

A mensch inspires us to be our best and to show compassion for others. He is kind and decent. He doesn’t see inequality due to race, gender or sexual orientation. He doesn’t reduce us to labels such as “the left” or “the right.” He sees commonality in everyone.

The opposite of a mensch is a schmuck. A schmuck is a Yiddish term meaning a “foolish or contemptible person.” A mensch helps people without expecting something in return. A schmuck only helps those who can return the favor (quid pro quo). A mensch does the right thing in the right way. A schmuck cuts corners and is only concerned with end results. A mensch realizes he’s blessed and eschews taking credit for his achievements. A schmuck is a braggart who views success a result of his own merit and lets everyone know about it.

I have two friends who opened restaurants in the 1990s. They borrowed money from family, acquaintances, old girlfriends, neighbors and anyone willing to invest. Both restaurants failed within six months. In the first case, my friend Chris declared bankruptcy, apologized to investors and explained he wouldn’t be able to pay anyone back since the debt was too overwhelming. He also emphasized he wasn’t legally liable since the loans were given to an LLC and not to him personally. Ted wrote long letters to investors explaining the situation in detail and promising to do everything he could to return their investments. It took 20 years, but he paid everyone back, including those who said it wasn’t necessary.

Ted is a mensch. Chris is a schmuck.