Big business is no friend to populists. 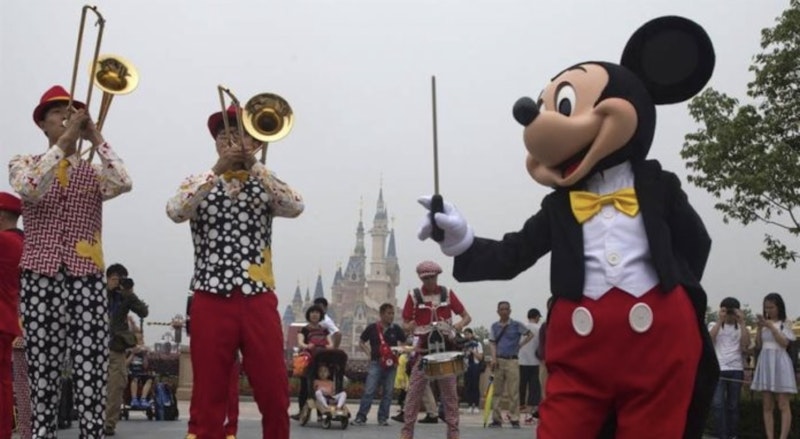 Think about the major socially conservative issues in the United States and what side the business class takes on them. Start with abortion. We live in a time when big businesses rushed to condemn the Supreme Court for overturning Roe v. Wade. Corporations like Facebook, Apple, Netflix, and Disney decided that they will pay women to travel out of state so that they can kill their unborn child and get back to work. It’s virtue signaling to the pro-choice side, but it also speaks to another problem. A mother staying at home with the kids isn’t a GDP-friendly number. Social conservatives may support having a parent stay home with the kids when feasible, but that doesn’t benefit these companies because it means fewer workers.

The richest people support abortion. Elon Musk’s Tesla is one of the companies offering paid abortion leave for people traveling out of pro-life states to kill; Musk may become a trillionaire in a few years. And Warren Buffet and Bill Gates have donated millions to population control measures in other countries, including abortion. Microsoft, like Tesla, is among those companies providing paid abortion leave. Here’s a question for conservatives. When Buffett dies, he plans to donate 99 percent of his wealth to various causes. What if he donates billions to the pro-choice side? Should we push for estate tax cuts so he can give even more money to the pro-choice side, or should we seize his wealth now and put him in a gulag?

It’s a similar story with LGBT politics. Every June, we get rainbow capitalism. Businesses want us to know how much they care about the LGBT community (but not in the Middle East or China). The business community was in favor of Question 3 in Massachusetts in 2018. It was a referendum trying to repeal legislation that made gender identity a protected class in Massachusetts (a no vote repeals the law in a referendum vote in Massachusetts). So, they took the side that men are women, women are men, and there are infinite genders. The little nonprofit publication I write for full-time was among the most prominent opponents of the question (I wasn’t there yet, but I voted No on 3).

The same is true of what conservatives think of as vice industries. Many social conservatives have historically supported blue laws for various reasons. They kept businesses closed on Sunday, the Lord’s day. Even for the non-religious, it served a purpose: a day to breathe in an otherwise hectic world.

One prominent blue law was the prohibition of Sunday liquor sales. Who would push to change such a law? It’s people looking to make money off alcohol. They also want to loosen alcohol restrictions wherever possible.

It doesn’t matter if excessive drinking is a problem in this country that few politicians have the guts to address. Alcohol manufacturers, distributors, wholesale, and package store owners benefit from liberalizing the law. The same is true of marijuana. It’s good that marijuana is no longer illegal in many states. People don’t belong in prison for smoking a joint. But it looks like states are going to take it too far in the pursuit of profit. In Massachusetts, marijuana shops are popping up in the suburbs, making it more accessible than ever. And while a lot of the reefer madness stuff is bullshit, marijuana isn’t good for you. Smoking harms your lungs; it worsens mental health conditions, like bipolar disorder; and raises blood pressure. But some people are getting rich off of it.

Gambling’s in the vice category. Casinos and sports betting conglomerates like DraftKings want to see sports betting legalized nationwide. But while gambling makes a few rich, it leaves the overwhelming majority of people worse off. It makes people poorer because the purpose of gambling is to make you lose money. Pushing gambling onto the masses also increases the chances of people becoming problem gamblers—especially when combined with alcohol.

And in the United States, opposition to certain forms of immigration and foreign labor generally ends up being considered a right-wing position (although a lot of union Democrats agree). Big business loves immigrant labor. That’s why The Chamber of Commerce disagrees with the populist right on immigration. Even U.S. Sen. Bernie Sanders (I-Vermont) understands this concept. He goes along with the capitalists in the Democratic Party who are weak on borders. But these business interests aren’t looking at the social problems caused by mass migration and a lack of assimilation. Some examples include: fractured social cohesion, depressed wages for low-wage earners, and increased carbon emissions. That’s not to say conservatives must abandon capitalism or become socialists. However, market worship and shilling for big businesses that hate everything they stand for doesn’t make sense.