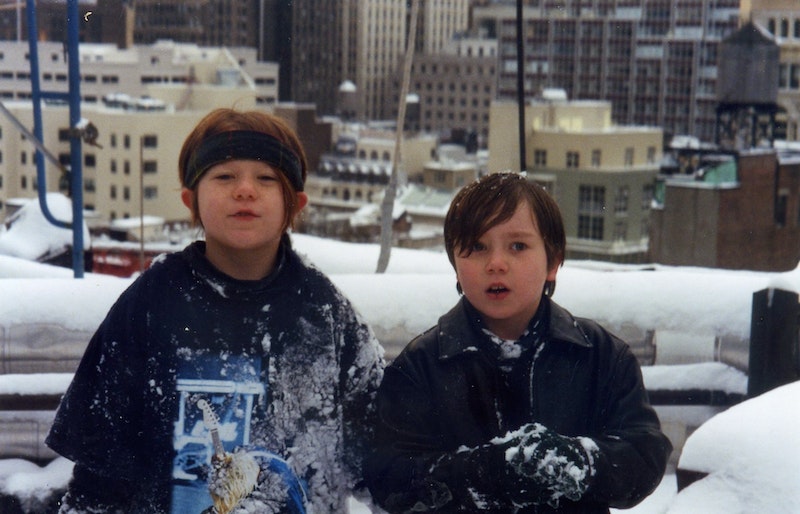 It was only a week ago that I was making small talk with a nurse at GBMC in Baltimore County, both of us thinking that since it was the end of January perhaps the region would skate once more without even a piffling snowstorm. A few days later that wish was dashed as snow, wind, sleet and rain made a muddle of the city, a really ugly muddle at that, and if America wasn’t so screwy right now, you know I’d be on the first plane to Florida. (My wife, who grew up in Los Angeles, still gets at least a daylong thrill from the snow, even after 35 years living on the East Coast.) That extremely odd state is apparently growing in population every month as refugees from New York, California and other high-tax states take advantage of more desirable economic conditions. And the weather, a wash for Californians, but they have other reasons, which aren’t confined to the confusing machinations of Gavin Newsom, who’s neck-and-neck with Andrew Cuomo for the country’s most unpopular governor.

(Florida is probably the weirdest state I’ve ever visited. I like Miami a lot, and Palm Beach is fine, since the demographic there makes me feel like I’m 25, but Naples, Orlando or Tampa? I’ll pass. Same for the Keys—aside from the Cuban food—aside from the sunsets. The Margaritaville vibe is too distracting.)

Fortunately, given what one can only ascribe to the slow pace of climate change, I haven’t had, in recent years, an opportunity to blow the anti-snow sentiments out my backside. It’s not just because at my age a wrong step on the ice could break a bone or worse (walking is perilous, but my wife has excused me from shoveling duty, despite a healthy constitution, because of the horror stories you see every year about fit men keeling over); I’ve had it up to my ears with “the white stuff” since I was 25 or so, when more frequent storms, and blizzards, would disrupt business for days. Those snowflakes were my company’s dollars falling from the sky and we couldn’t catch them.

Not surprisingly, as a kid growing up on Long Island, I killed for the snow, and everything that entailed. (My mother hated it, but my dad, who ran a car wash, didn’t complain, since vehicles lined up at his place once the streets were clear.) Before a major storm hit, a trained nose could sniff it in the air, and then TV weathermen would confirm (without all of today’s Super Bowl-like flourish and glitzy maps that make your eyes bleed), with a furrowed brow, what everyone was thinking. My brothers and I would set the radio station to the local WGSM, which painstakingly listed the school closings, and if Luck Was the Abominable Snowman, we’d get the day off, and often many more. (Almost every year, the snow day limit was reached, so days were tacked onto the end of June, but that was a one-sided swap in our favor, since teachers had run out of patience by the end of school year and nothing got done.)

Anyway, after a morning of shoveling driveways (the family’s first, and then for-hire jobs around the neighborhood), there were all sorts of entertainment and mischief to engage in. We lived on a hill, so sledding occupied us for a couple of hours, and if you lost control and wound up under one of the cars that couldn’t make it to the top, those were the breaks. I can’t remember anyone getting seriously injured, just a few bumps and head-knocks against a muffler, most of which were shielded by all the layers of clothing.

At the bottom was Southdown Rd., and this was the equalizer: the traffic was fast and you could be dead meat in a flash. We’d also zoom down in the woods on metal “flying saucers,” which was somewhat more treacherous as 100-year-old trees weren’t as forgiving as a beat-up Ford or Chevy. There were snowball fights—but no snow angels!—of course, and half-hearted attempts at making snowmen, and during two different years we built fairly presentable igloos on our front lawn.

(The picture above, circa 2000, is of my sons Nicky and Booker on the roof of our condo building in NYC’s Tribeca. They don’t care for stormy winter now, but as boys I’d guess they were cheated out, with a few exceptions, of real romps in the snow in New York and then Baltimore. Part of that is fewer storms, but also because the concept of hanging out with neighborhood kids wasn’t part of modern culture, at least in our environs.)

On occasion—and I still shudder at this, for my friends and I weren’t crummy kids, the kind that would light a cherry bomb in a cat’s mouth, for example—a few of us would gather behind the fence of a large house at the bottom of the hill, pack iceballs, and throw them at cars lumbering along Southdown Rd. This was pre-adolescence—as teens our activities were more elaborate, like night tobogganing at forbidden country clubs in the fancy part of town—but still, we should’ve known better. That was more than 50 years ago, but I can still conjure up the image of a direct hit to the windshield causing a driver to go out of control, hitting a tree and maybe getting snuffed in the bargain. That would’ve been a bad, bad life detour for my buddies and me, and especially the vehicle’s driver. As five of us were involved, word would’ve gotten out—at 12, not everyone could be expected to maintain silence—and a stint at a school for juvenile delinquents—at best—would follow. It’s odd how one twist of luck, or misfortune, can shape a person’s life from an early age.

Exit, stage left, man, that’s a serious downer to end a story about the inconvenience of snow. I might need a cherry-flavored slim cigar to recover.