Pray for the heat death of the metaverse, before someone inside Zuckerberg’s world dies in the real world. 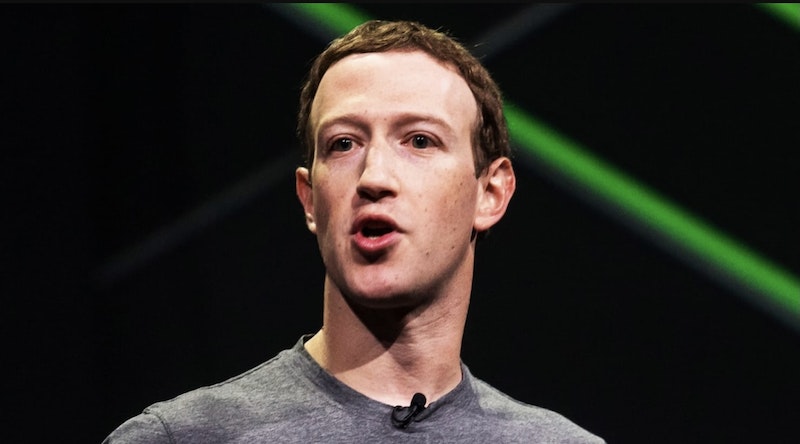 Pray for John Carpenter to cast the beam out of Mark Zuckerberg’s glasses, before we live how “they” command us to live, before They Live blinds us with stories by Ray-Ban Stories, before we can’t live inside our own bodies. Pray to God, or the god from the machine, before Zuckerberg orders us to lose our skin—and our minds—by uploading ourselves into his Mos Eisley cantina of a digital conference room, where Tron is his idea of paradise. Pray for the heat death of the metaverse, before someone inside Zuckerberg’s world dies in the real world; before we become Death, and every day is the Day of the Dead, forcing us to dress like Zuckerberg on land and look like him at sea.

Before we run in black, and surf in whiteface, we should watch how Zuckerberg walks on-screen. We should also speak to a grief counselor afterward, because no one can unsee the transformation—the transition—of an autist into an avatar, of a man-child into a mannequin. No one should have to watch Zuckerberg die on YouTube, as his face turns blue and rapid onset of cyanosis ensues; as his brain loses oxygen and he becomes a skeleton. Such is his brain-dead video of the underworld of the cloud.

The video shows us what we are free to do, never mentioning what if anything is free in the metaverse.

The implication is that certain things don’t exist, either because the man-child in the Fauntleroy suit doesn’t believe these things foster “connection” or because our connections endanger his network of “friends.” So while we’re free to be giraffes or dinosaurs, and shop and consume, we’re not free to protect the world’s most endangered species: man.

We’re free to go without, in a world without God, because the metaverse has no houses of God. All are none, in the gospel according to Mark, as there’s neither a light unto the nations nor the righteous among the nations; there’s neither the world to come nor the freedom to save the life of the world; there’s no salvation.

To remove the blindfold of technology is to see the world without smart glasses, so we may move forward into the light. The light guides us with truth and graces us with love, relieving our fears and rescuing our souls. The light’s a star of hope, bright in the vault of the sky and clear among the heavens.

The light’s a revelation, blessing the living with the will to find the way.

The light belongs to the universe, not the metaverse.

If the light fades in a cloud of distraction, the living will forget—and future generations will never know—the truth about the world: that darkness is the domain of fools, deceit the tyranny of cowards, and defeat the fate of the good.

Do not forsake the light, for the proof is in the light.

The light’s within us, shining for all who choose to see it.