Rooster gets stranded in a blizzard and makes friends in Manhattan, January 1996. 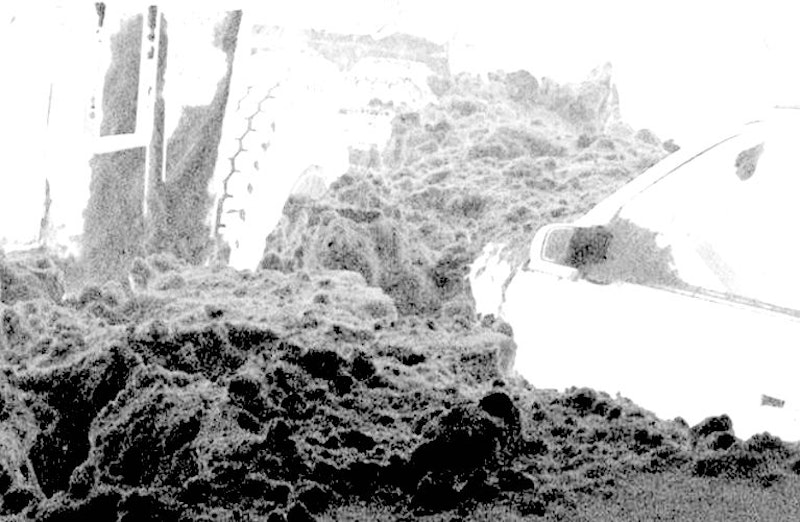 I knew I had to pick up Monica from the airport at seven pee-em, as she repeated over and over on the phone the night before. “And I’m going to be jet-lagged so I expect treaties and plenty of kisses and pecks and possibly a small dandelion upon my return.” We were staying at the Carlyle in Manhattan, and it was terrible because I’d made dinner reservations for us at the raccoon dumpster in Chinatown, but she stood me up. Well, not really—her plane was late. We didn’t have phones back then. Not like we do now. They talked, but they didn’t listen. They weren’t everywhere. After a couple of hours went by and the homeless raccoons started asking for pinecones I decided to bag the whole evening, steal a bag of bread from behind an Italian restaurant in Tribeca, and start making my way to JFK.

No cabbie would pick up a rooster in the 1990s. I’m sure it’s different now, in Eric Adams’ New York, but things were different back then. They were brutal. The squeegee kids had just gone, and while their presence was exaggerated by a racist media, they were legitimately terrifying to the avian community. However, no one could top the Chinese in their brutality to the “chickens” living in Manhattan, who weren’t just captured and slaughtered, but put on display alongside rabbits and more “human” “animals.” I hate the Chinese so fucking much it’s unreal. I honestly hope Xi Jinping ruins his country somehow and just wipes it off the face of the Earth. You have no idea what I saw in Chinatown. Your civilization only has one Holocaust. Ours has hundreds.

So without a cab, I had to ride the subway—meaning, I had to sneak down into a grate and jump on top of a moving train. It was already nearly six, I knew I’d be late, but Monica would have to deal. She probably had plenty going on and plenty to read, even if she still hasn’t mastered the Italian language. Bennington was somewhere in the city, but how could I reach him? Bennington-signal? There was, and remains, no such thing… thank God. I also thank Him for my inability to find a subway grate that night: I kept walking, and a week later, my friend Maury got decapitated trying to do a routine ride along on the A train. Really sad, he was only 507.

It was snowing really, really hard that night… a blizzard was on its way. In my memory, by the time I reached Tribeca, it was already over, and everything was quiet and white. All of a sudden, I wasn’t sure where I was, and then I heard two voices behind me, small children: “Are you Peter?” I stared at them—two young boys, brothers—and they stared at me. No one else was around.

“You’re not Peter Wolf?” I was wearing the big wool coat Monica got me when the Wall fell in 1989, and I suppose in the snow I looked a bit canine. But no, I told them, I wasn’t Peter Wolf. I shook my head and kept walking, but one of them called out, “Wait!” They ran up to me and hugged me on both sides. “Come play with us in the snow!” I made snow angels with the boys for 20 minutes before I realized it was almost eight. I was a dead man, and while the boys were disappointed, they understood. “Go get Monny!” the younger boy said. I told them I would, and they ran away giggling. I found a payphone and called JFK to see if Monica’s plane had landed, and I was in luck: it was circling the runway. Weather has saved my marital ass so many times that I have to believe in God. I took the scenic route along the West Side Highway and hitched a ride with a friendly vegan. I’m not sure I ever saw those boys again.