During my junior high school years, we smoked a lot more pot than cigarettes. 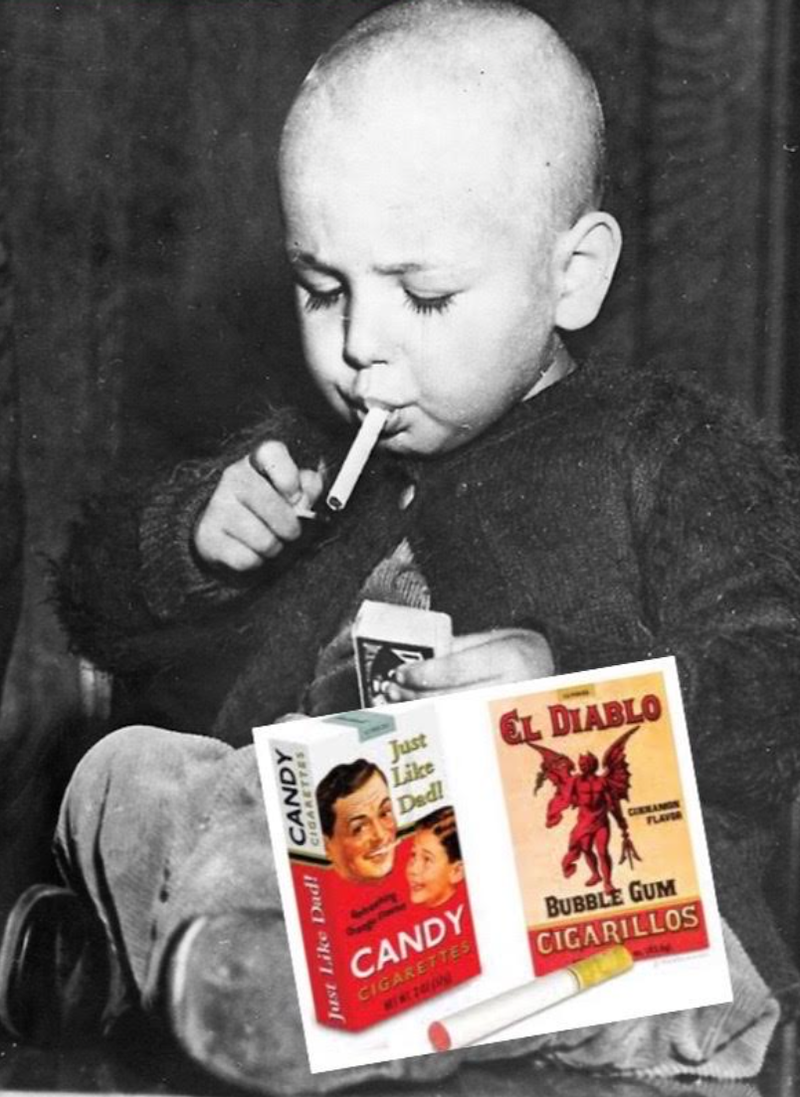 My earliest recollection of smoking was at six or seven years old, pretending and sneaking puffs from my aunt’s pack. I didn’t inhale as I mimicked her motions. I started smoking before I was born, or breathing semi-fresh air. I don’t know if my mother kept smoking through all her pregnancies. I reckon you could say I was hooked on nicotine at the moment of conception. It was part of my DNA.

My aunt wasn't a chain smoker, but she smoked plenty. She switched from Pall Malls to Viceroy, when filter-tipped cigarettes hit the market. Suddenly, in the 1960s everyone was health conscious. It was when the new improved modern nicotine delivery systems were born. She switched from Viceroy to Tareyton because they had a charcoal filter. Then she tried menthol, choosing Salem over Kool, before switching back to her faithful Viceroys. She also experimented with brands like True, Doral, and Parliament with the recessed plastic filter tips. There was a long slim cigarette craze for a minute too. A silly millimeter longer.

Right before the 1970s, a smoker’s dream-kit gadget called Laredo hit the market. You could manufacture filter smokes using the brown plastic slider gizmo. The whole shebang came with a tin of tobacco, loose filters, paper tubes and cardboard flip-top boxes. It was promoted as the best deal to cut the cost on a carton of cigarettes by half, but it made half-assed, inferior smokes. Later, we used the discarded Laredo machine to make marijuana joints. It made better joints than regular filter cigarettes, for sure. But then the bong was the favored paraphernalia of choice to consume weed.

During my junior high school years, we smoked a lot more pot than cigarettes, but it wasn’t long before the daily routine of smoking cigarettes became second nature. My mom smoked Raleigh plain ends all her life, never a fickle filter switcher like my aunt. Mom was a chain smoker. Maybe it had something to do with the coupons that came with every pack of Raleigh. The junk drawer in our kitchen got jammed up by the amount of those tobacco-colored coupons. We kids helped her achieve her goal by pilfering her smokes every day. She used the coupons for prizes like four-slice toasters, mixers, and clothes irons. The problem was you needed over 1000 or more coupons before you could cash them in. That’s the equivalent of 200 cartons, maybe more. They were more insidious than green stamps, which had a special drawer next to the coupons.

We were addicted. Strung out on tars, nicotine, and new electric appliances. My father smoked a pipe for most of my childhood, but eventually segued to Marlboro’s. They were billed as a man’s smoke. But there’s nothing remotely glamorous related to smoking. You might think of James Dean, a cigarette with a long ash hanging from his lower lip, brooding in the shadows of some dark alley. As though the act was a form of rebellion. A fuck you to polite society. There was the Hollywood legend Humphrey Bogart, a man’s man, sucking his smokes down to the end without burning his fingers or lips. Years later the song “Don’t Bogart That Joint My Friend,” became a popular line used to pass reefer around. There’s always some gorgeous supermodel sitting at the cocktail bar in a slinky gown nursing a martini. Along with the perfect lounge accoutrements, an extra-long rhinestone cigarette holder dangling from her fingertips exhaling smoke rings from her sexy red lip-sticked mouth, as the smoke curled into a cloudy haze above her hairdo, the fog forming a cartoon shaped skull and crossbones.

My experience with tobacco is a lifelong hindrance. It’s a nasty, disgusting, dirty, filthy habit. Yet so satisfying, and relaxing as the ritual and routine became a serious health issue. It’s no longer tolerated anyplace by anyone in public settings. As a clueless kid, I devoured candy cigarettes that looked convincingly like the real thing. Most were made from bubble gum, or cheap chocolate, some from pastel colored sugary chalk. I had a plastic toy pipe that you put talcum powder in; when you blew into the pipe stem the powder would escape out from the pipe bowl into a puffy cloud of pseudo smoke. Cigarettes will kill you, eventually, but I can think of worse ways to go.