In the Checkout Line

They weren’t on the same page. 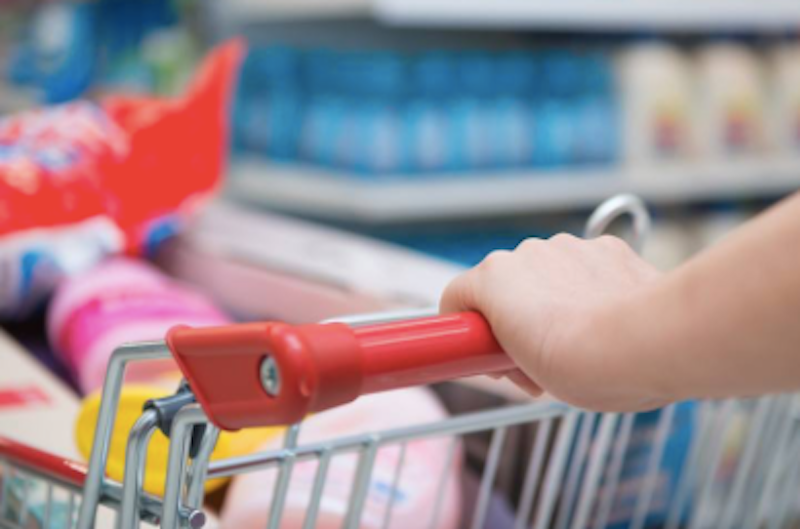 A Sunday night after dinner. Another mild argument in a stream of arguments, this time over the amount of fried chicken the five-year-old should be given and the lack of vegetables she’d consumed. Sometimes it seemed like he had to say “no” and “now” all the time, in order to feel like he was being a good parent. They weren’t on the same page. Sometimes it seemed like they weren’t even in the same book.

He went in to buy a package of cream cheese. That’s it. He’d already made the grocery run a few days earlier. They had enough food, but she’d made bagels that morning and didn’t realize there was no plain cream cheese. He wanted to call his friend and talk about how frustrating these small arguments had become. How the distance sometimes felt astronomical. So he drove to the market and sat in the car and talked with his friend, who lived over 3000 miles away. His friend had also gone to the market, making it just before the place closed and was driving home. The end of the weekend.

As the last of the sunset tinted the horizon a dark orange, and a crisp breeze blew in from the bay, he entered the market through the automatic doors. He knew where the cream cheese was, along the back wall, past the deli meats. He picked up a container and then walked to the checkout area.

As he was walking, he noticed an extremely tall woman striding by, giraffe-like. She was at least 6’5.” She was slightly hunched over to appear less towering, and was probably in her late-30s. He watched her stride by and she saw that he’d noticed her. They kept watching each other for a few seconds as she walked on. He wondered if she played basketball. He wondered if she hated being noticed all the time.

He walked toward the checkout aisle and his mind wandered.

What if his daughter had been a high school basketball phenom? What if the college scholarships came pouring in? What if he’d been adamant about her not playing AAU, due to the excessive wear-and-tear on the knees and ankles? What if she’d listened to her mom and played anyway? What if she went to Stanford and became a basketball star? What if she’d become a true leader and hoped to be a force for good, both on the court and in the world?

What if she’d torn her ACL just before the championship game? What if she’d lost her ferocious spirit after the injury? What if she’d gone into a depression as she went through the knee rehab? What if she stopped playing? What if, despite his best intentions, he’d become one of those fathers who’s too wrapped up in the athletic success of his child? What if her knee injury happened the same week he had a knee injury?

What if the problem with dreaming is that you can never stop?

He realized he was next in the checkout line. He put the cream cheese on the checkout conveyer belt. He paid and made his way back to the car.