I Went to Jersey (Street)

And I couldn’t resist snapping the nearby Cable Building on Broadway and W. Houston. 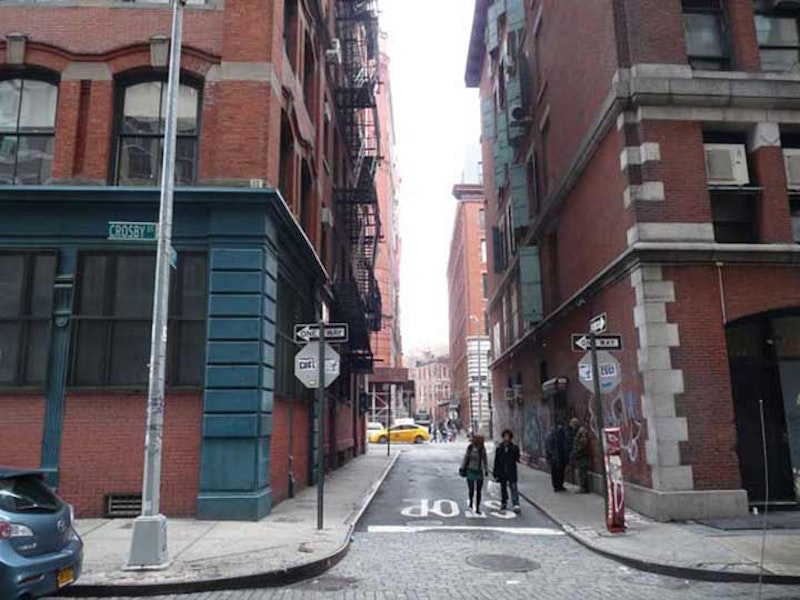 When I first produced my website Forgotten New York in 1998, I traveled around Manhattan, and the other boroughs, taking pictures of obscure alleyways, a favorite subject of mine for decades. You never know what kind of obscurities might be lurking in alleys, from ancient signage or illumination to an out-of-the-way business. Nowhere else have the changes that have taken place all over the city been epitomized more than in Extra Place, a dead-end on E. 1st St. near the Bowery that’s gone from a rubble and garbage-strewn alley to a chichi enclave of upscale boutiques in just a quarter-century. 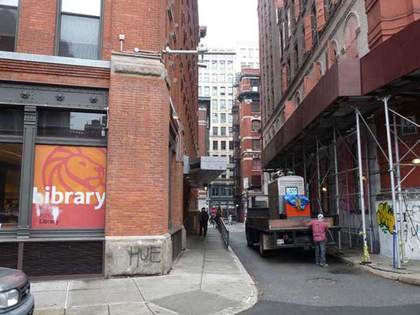 Most of Manhattan’s obscurer alleys, from Extra Place in the East Village to Cortlandt Alley in Chinatown to Staple St. in Tribeca are aligned north-south against the grid. Jersey St. unusually runs east to west, from Mulberry across Lafayette, ending at Crosby. It was apparently laid out as early as the 1820s and for a short time was called Columbian Alley. In 1829, the name was changed to Jersey St.—perhaps one of the neighbors was from the English Channel island. 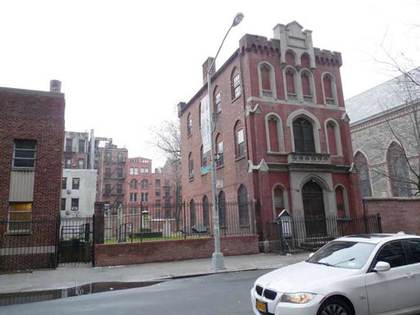 Working west from Mulberry St., opposite Jersey St. on Mulberry is St. Michael’s Russian Catholic Byzantine Church and its churchyard. The church has occupied this building since 1936—it was built as Old St. Patrick’s Cathedral Chancery Office, which kept parish records and archdiocesan records, and completed in 1859, designed partially by James Renwick Jr. who later designed the much grander uptown St. Patrick’s Cathedral on 5th Ave. “Great Vespers” is the sunset evening prayer service of the Byzantine Church, as well as other denominations. 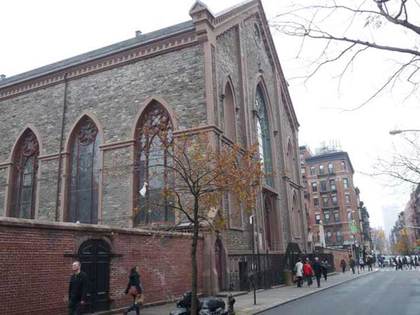 Old St. Patrick’s Cathedral, at Mulberry and Prince Sts., dates back to 1809-1815. The Cathedral, 260-264 Mulberry St. between Price and E. Houston, is called “old” to differentiate it from its “newer” cousin uptown, St. Patrick’s Cathedral at 5th Ave. and E. 50th. Old St. Pat’s, NYC’s original Catholic cathedral started construction in 1809 and completed in 1815, making it one of the oldest buildings in Chinatown/Little Italy. In March 2010 Pope Benedict XVI announced that it would become Manhattan’s first basilica, a church that has been accorded specific and ceremonial rites only the Pope can bestow. 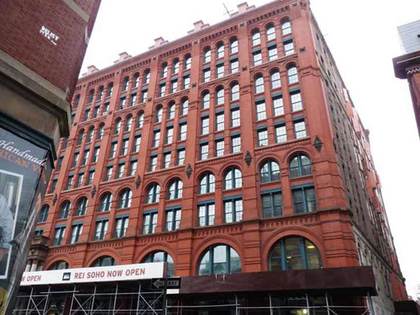 Between Lafayette and Mulberry, Jersey St. is the southern end of the Puck Building. The famed edifice takes up the entire block between Lafayette, Mulberry, the alley Jersey St. and E. Houston. It was built as a printing plant between 1886 and 1893 by the publishers of the satirical magazine published between 1877 and 1918. In the 1980s it was home to Spy and then New York Press. Some of the Puck Building was shaved off when Lafayette St. was extended south in the early-1900s, and even now, the back edge facing Jersey St. isn’t as well appointed as the Mulberry, Houston and Lafayette St. facings. 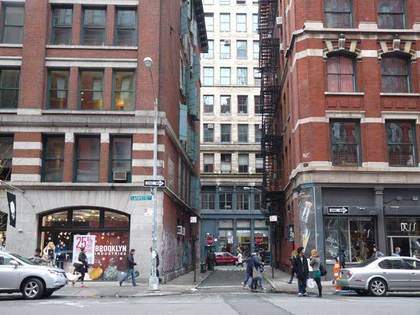 Lafayette St. cuts Jersey St. in two sections. Lafayette St. is only about a century old, making it an interloper in these parts. It began as Lafayette Pl., a block-long enclave between what’s now Astor Pl. and E. 4th on which millionaire fur trader John Jacob Astor’s son William B. Astor built mansions for himself and his sisters (the now-deteriorated Colonnade Row is a reminder of the Place’s former grandeur). In the early-20th century Lafayette Place, now Street, was extended south, enveloping the former Marion and Elm Sts., joining with Centre St. at Foley Square. 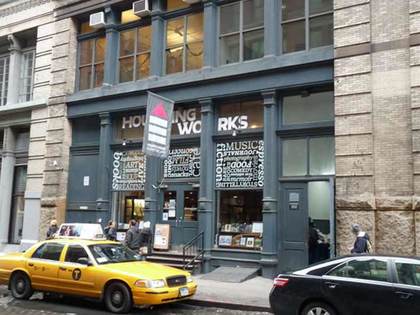 Crosby and Jersey is a quintessential NYC intersection, one back alley meeting another. Opposite Jersey St. a couple of buildings house the expanding Housing Works, encompassing both a thrift shop and a used bookstore/cafe. Proceeds from sales go toward housing and related supportive services to low-income and homeless New Yorkers living with HIV/AIDS. 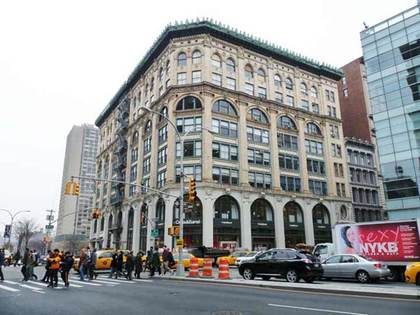 I couldn’t resist snapping the nearby Cable Building on Broadway and W. Houston. The building contained works that powered Manhattan’s cable cars in the late-1890s and early-1900s. Manhattan once had an extensive system of cable cars rivalling San Francisco’s. The building housed the enormous machinery that was necessary to run the cars in Manhattan as far north as 36th St. The cable rails were converted to electricity in the early-1900s, and largely eliminated by buses by the 1940s.