A Wedding Is Out of the Picture

He wanted to do something different. 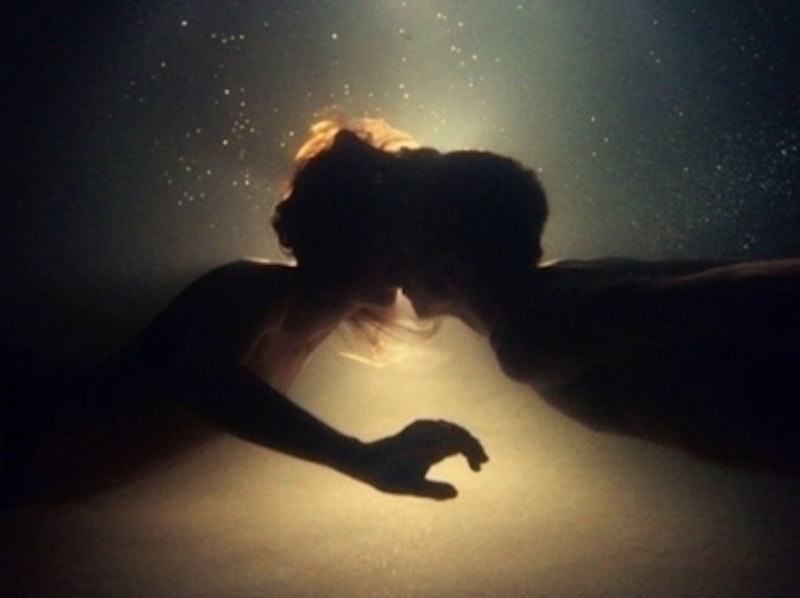 He wanted to do something that matched who he thought they were.

He’d been to weddings in which families brought the groom on a big-butted white horse into the hotel and up the escalator to the banquet hall. The husband-to-be had a sword, and the woman sat veiled and bored on a pedestal looking at her phone. Arranged ones. The DJ’s loud music and light show served the parents, brothers, sisters, aunts and uncles, the whirling dancers and cocksure husband, but left out the wife who was offended and rebelliously pouty. He liked to imagine the woman texting a girlfriend about how terrible everything was.

He’d been to a surgeon’s daughter’s wedding where two stages offered different big name artists who performed miserably in competitive medleys their hits from last year. It was the Fourth of July. Fireworks exploded outside the hotel. No server wanted to serve, and all the relatives stood out of their seats at the big windows, ignoring the interior occasion for the patriotic display.

He’d gone to weddings where in keeping with tradition, behind closed doors, the holiest religious figure checks the woman to ensure she is a virgin. Was that true? A banquet server suggested that was the case.

He’d been to boring white weddings where drunk crowds swarmed a spilling, kissy, disheveled couple who thudded against the cash bar to buy the bottle of Crown Royal with $80—where everything cost more than it was worth.

Instead, this is what he imagined he’d do with her. They’d have their families meet at Hamilton Pool, west of Austin, a natural pool mostly surrounded by cavernous rock. Occasionally, snakes ribbon the water, bobbing their heads mystically, making children laugh and alarming pudgy parents. Overall, however, the preserve is great for swimming and sunbathing. They had read books and drawn sketches there. She handed him her camera, and he took pictures of her soaked, beautiful, walking up smiling or falling back to float in the luscious cool current.

He’d have their respective families get in the water on either side, and he and she would go naked and swim from opposite ends to each other in the middle, kiss and marry. There would be no presiding religion to distract or inform, no symbols, rings or outfits; alone the ancient changeful earth would afford its mysterious intimacies to two people in love. Family and strangers would make of it whatever they would.

Why think of marriage? Why drag her and everyone into something silly that says and ensures nothing? She’s always been on guard against marriage, views it as imprisoning, a way to lock another person in by law, tradition, words and judgment. She calls it laziness, because when you are married you turn entitled and no longer acknowledge the uncertainty in which one must work to deserve another’s love.

“We’re never getting married,” she said when he jokingly brought it up. They were walking from the train tracks to their home, passing prickly pear and agave in bloom. “Get that out of your head.”

Tired in their living room he jotted the words “beast mode” in his sketchpad next to a silly pig drawing. He listened to vaporwave on his computer. She was in the bedroom sewing a shirt.

He thought, I’m embarrassing. All my life I’ve been out of touch and grasping.

Yesterday they got up early and had eggs and peppers. They mounted their bikes and rode to McKinney Falls. They traversed the dry scorched rock plates to the pool below. A limestone ledge afforded a narrow little waterfall that worked as the perfect warm shower. You swim to the deep end to get to it. There, glistening couples made love and disappeared into crevices. Their voices echoed as they searched the frightening narrow spaces. They laid out a blanket on the sand and pebbles and sketched the scene in their books. Old men and dogs were the only annoyances.

Now scribbling a top hat and mustache on the pig and allowing the vaporwave to override his depression like he was no one in particular, no responsible being, but instead the lightest, jumbled sampling of tentative love songs, smoke ghosts of personhood, matterless, he drifted into a daydream. He was back to wedding planning, his own improbable performance that included the one person with whom he had spent the last four years travelling desultorily through the Southeast, Midwest and now Texas.

Voices came alive in his head. He imagined them to be those of their families and strangers at the pool as their nude swimming spectacle commenced. The water was warm, then freezing, colder and colder as he doggy-paddled toward her breaststroke in the deep center. He laughed spray and bubbles across the surface of the water. His laughter was made greater on account of certain disbelievers’ commentary.

“What the hell is this?”

“Not a wedding. It’s a dolphin show.”

“Not at all. Good for them! I’m jealous. Ours was at a Holiday Inn.”

“I don’t favor this one bit. Call me old school, but…”

“We shouldn’t have been invited.”

“I agree. Seems like they are forcing this on us.”

“Folks, what’s this? Never seen this kind of thing here. We come to swim every weekend.”

“Whatever, we all hide the same parts.”

“At least there hasn’t been a horrible best man speech. You know the ones that recount for 30 minutes every college flub of romance.”

“Had they the foresight to set an open bar in the sand or a couple picnic baskets full of sandwiches, I may have been happy to strip down.”

“Your fat ass would be all about the food and drink. Never romantic! It’s why I treat myself, have a whole store for that.”

“I think she means Sam’s Club.”

“I worry about one or the other of them drowning, especially if they start locking lips.”

“But don’t they look nice together, swimming like beavers?”

“Oh god, that family over there looks terrified.”

He came to from what must have been sleep. Sitting up, he noticed he’d drooled on his mustachioed pig in the top hat. The marker pretended to be watercolors. His head and heart felt cleared. He’d definitely slept, because the full album he had on was over.

She was in the kitchen on a stool at the island having a cup of tea.

“Do you want to bike out to McKinney?” she asked. “We can camp and invite friends for a barbecue.” He agreed. Anything beat planning a wedding that would never happen. Adventure, biking, camping and hiking were what they could agree on. They didn’t question their companionship. The road kept it alive and necessary.

The friends were both old and new. They helped with the fire and cooking of chicken thighs and mushrooms. They talked for hours, drinking and vaping. Then the friends all said goodnight. Only they were camping. He loved being in the small tent with her. They played Bananagrams, told ghost stories, drank wine and read books to their teddy bears. Nothing was warmer and more satisfying than wrapping his arm around her when she was in the “worm” (her sleeping bag). She drifted off to sleep and breathed softly. He loved the sound. Then he fell asleep, cycling through the day’s affairs mixed with regrets, fear, cherished points, prayer and enigmas.

He awoke to the rowdy crooning of urban coyotes at a distance. He heard gunfire. Without fail he had to piss. He hated that part of drinking. He stepped nervously out of the tent with the lantern in hand. He went by a tree and peed in the ditch.

Startled into jumping, he realized 10 sets of eyes were on him, watching for his next move. Reflective tissue in the eyes made them glow when he shined the light on them. He got closer. One of those big creepy husky deer stood eye-fucking him.

What’s on my foot? He shook it to fling a daddy longlegs on the gravel. One encounter after another—he imagined every woods, every place on earth, was full of them.