Coping With a Long Distance Relationship

It’s one of the hardest things I’ve had to endure. 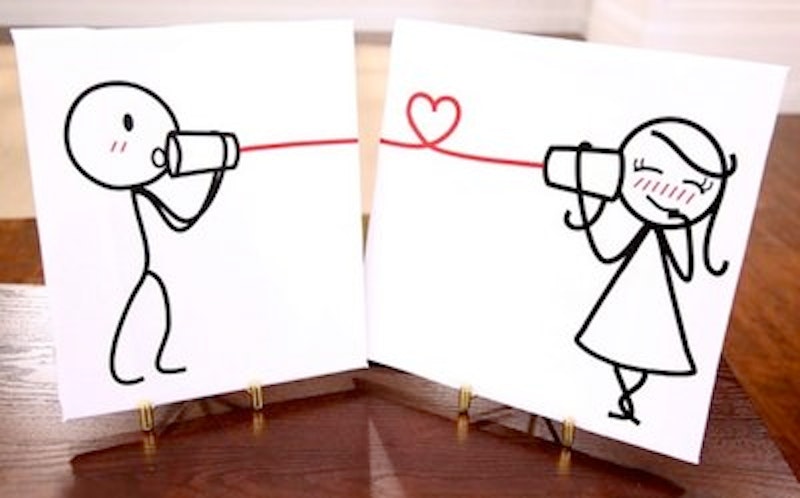 I don’t mind if you talk about your significant other in front of me. Go ahead. I’ve had a few friends pause mid-conversation after mentioning their partner, and then give me an apprehensive look before I assured them it was okay. I don’t know what it is about the word “long distance relationship” that gives people the impression that my boyfriend is buried six feet under as opposed to being halfway across the world, but I can understand their caution.

I’ve been dating my current boyfriend Felix for over two years now. A large portion of our time together has been spent long distance; this week marks an entire year of us being apart. His occupation requires him to be stationed in Japan for two years. He works long hours, five days a week. It doesn’t help that he’s 13 hours ahead of my time zone. Although it’s quite possibly one of the hardest things I’ve had to endure emotionally, we manage.

So how would I describe being in a long distance relationship? It sucks ass. I wouldn’t recommend it, and I have great respect for relationships that are able to pull through. Felix and I were lucky enough to be dating long-term before he had to leave, so we already had stable ground to build the rest of our relationship on.

I’m not going to sugarcoat what it feels like to be away from my partner. It’s incredibly hard, and it takes a toll on my morale. There are good and bad days. In the beginning, it was awful. All I did was look at photographs and old text messages and I’d cry into my pillow. Gradually, with time, it got better. While he was stationed in Missouri we would Skype over the weekend and we’d talk on the phone. The time difference was something that was easily worked out.

Then I was told he would be going overseas. For two years! I was crushed. When he was able to come home before being shipped to Japan, I couldn’t look at him without that phrase plaguing my thoughts. The night before he left was the worst. I couldn’t sleep—why would I want to waste precious time sleeping when I could be spending it awake with him? I don’t think I’ve cried that much before. It felt like my tears were shedding tears.

Long distance relationships eat away at you. I don’t mind that we can’t spend birthdays or holidays together, but it’s the little things that affect me the most.

If I’m out on the town and see something he’d like, I feel a tinge of sadness. I take a picture and wait several hours for him to see it and wait for his reaction. I can’t play certain video games because we played them together, and it doesn’t feel right when he’s not there next to me ready to take the controller when I get too scared to clear the level. Every time I eat eggs Benedict I’m reminded of how my palate misses his fabulous cooking. When I try on a shirt and wonder if he’d like it, I can’t step out of the dressing room to have him critique it. The smallest, insignificant events that happen every day are what destroy me.

It sounds like I’m describing a break-up. The feelings are vaguely the same, like the crushing sense of loneliness. I don’t want to scare anyone away from pursuing an LDR. What keeps me going is that this isn’t permanent. It’s only temporary.

Relationships don’t work unless both people are willing to put in the time it takes to maintain one, long distance or not.  It’s an investment. I have great confidence in my relationship with Felix, and that’s what makes it worth it every day. He’s the driving force behind my motivation to keep this thing rolling. Although it sucks, and it’s emotionally draining, I wouldn’t trade this experience for the world.

He’s my rock, as corny as that sounds. No amount of distance or hardship could ever deter me from being with him. That doesn’t make it any less easy, but it does make it worth the endeavor.