Searching for the Elusive Concept of Inner Peace

With help from Chris Dingman. 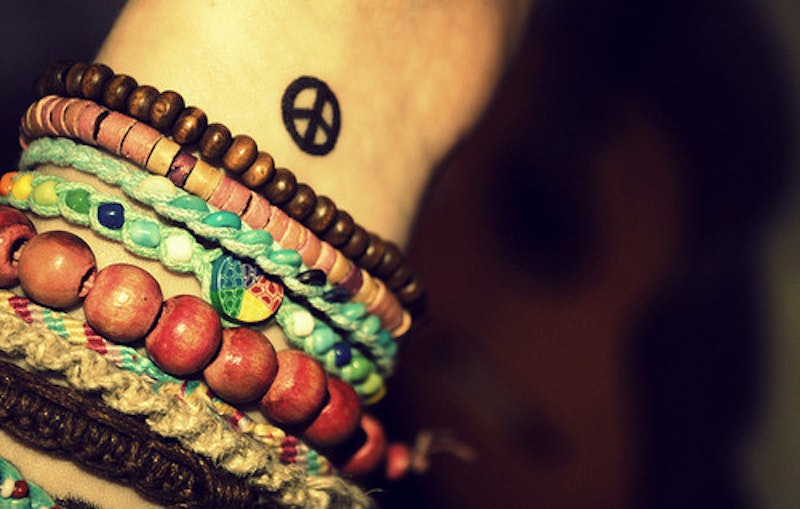 Have you been to a Japanese tea garden on a quiet weekday? A possibly Zen experience is not so easily Zen when surrounded by oblivious tourists or crowds. A quiet weekday allows for the possibility of meditation, or serenity, within a meticulously crafted green space. Japanese tea gardens are about the never-ending possibilities of water, of tranquility and harmony, and the impossibly elusive concept of true inner peace.

Listening to an old friend’s new album, The Subliminal and the Sublime, I look up at the yellow wall above my desk. Chris Dingman’s compositions. Japanese tea gardens. The tiny spinning top that sits on the desk. On the wall in this room, soon to be our daughter’s room. The word-a-day calendar. Monday, April 23, 2012. The word is actually two: tabula rasa. After the phonetics, then “n” for noun, the definition reads: 1: The mind in its hypothetical primary empty state before receiving outside impressions. 2: Something existing in its original pristine state. Our newly built house, with its unpainted walls, is a tabula rasa awaiting our decorative touches.

The word “hypothetical” leaps off the page. We can only wonder about the mind of the fetus, as the brain synapses slowly develop, as the tiny heart shows up on the ultrasound. Neuroscientists and linguists agree that by the fifth month the fetus can pick up on sounds and become familiar with certain voices. Our dogs sound the alarm when there’s movement outside. JoJo, our almost three-year-old puppy, lying down within five feet of us on the couch, called out the alarm. Natasha felt a kick. This little girl will know the sound of the Keeshond bark, and maybe the begging whines, and the late-night yawns and sighs of our pack. At the monologue performance, the sounds of the crowd, and of Mike Daisey’s booming baritone, had an effect on the tiny baby growing inside. More movement. Less movement. The timing signals the recognition. No words needed.

The mind of an adult is so clouded with information and anxiety. Of responsibility and calendaring. Time becomes a constraint, rather than the philosophical concept it actually is.

Humans didn’t always rely on calendars and clocks. Our modern existence signals a troubling inability to step back from the measurement of time. Which is why music, film, and words are so powerful. We are finally, mercifully, transported out of time’s constraints. Chris’ music does this through waves of sound. Layers of melody, contrast, rhythm, and silence. No words necessary.

Writing allows our minds a chance to settle. The t-shirt we all received at the “Writing and Thinking Workshop,” the one I attended at Simon’s Rock in western Mass. for a month before senior year of high school. The small quote on the front, “I write in order to find out what I know.”—Patricia Hampl.

I’ve never read Patricia Hampl’s Memory and Imagination. I’ve never read two-thirds of the books I’ve bought over the last 15 years. I still want to read them, and want to support the truth-seekers that write them. Reading is elusive to me. The Internet has ruined my love of reading books and instead propelled me to the words of journalists and essayists. These critical essays on writing, culture, race, and society in general, they’ve usually been worthy reads. But recently, I’ve begun holding more books in my hands again.

Holding books, carrying books around with you. Putting them down next to your coffee, next to your plate of eggs and bacon, next to your phone, next to your bed. The book represents that concept of tabula rasa. We don’t read to acquire anything. We read personal essays, short stories, novels, in order to return to that “hypothetical primary empty state.”

People often describe the way they feel beholden to technology. I’ve seen the destruction of imagination. The 16-year-olds who have nervous breakdowns at the thought of the phone leaving their hands. That may seem hyperbolic, but it’s the truth. Imagination is impossible to quantify, but the absence of imagination is so visible in the way so many walk through life.

“I write in order to find out what I know.” The quote is beautiful because of what it implies. That none of us know. That Socratic sense of never arriving at absolute truth, but at pursuing it regardless of the outcome. Writers are truth-seekers. We know there is always more truth to discover. Musicians, filmmakers, dancers and actors are the same. All philosophical humans are the same.

Indulging in life’s mysteries is why we do what we do.