Just Another Could've Been 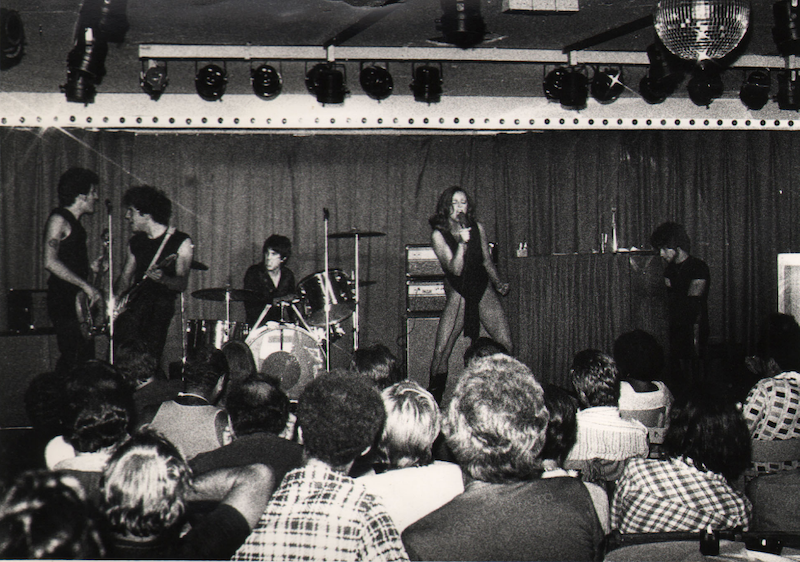 “Hell,” says my friend Jeff Magnum, bassist for one of the greatest punk rock bands, ever, The Dead Boys, ”I should be up there playing.”

“No fuckin’ way,” I explain to my friend at a bar called Exile, located above 2A, another bar, on the corner of Ave. A and 2nd St. Duh.

We’re at the book party for Steve Blush’s latest, Lost Rockers: Broken Dreams And Crashed Careers. It’s packed and we can hardly see the stage, but we can hear a bunch of locals who play and sound like Johnny Thunders (of course) doing a cover of “Jumpin’ Jack Flash.” As the singer tries to belt out “I was born in a cross-fire hurricane,” Jeff again repeats he should be up there playing bass.

“You haven’t gone through what the guys in the book went through,” I try explaining to my pal as he slams back another beer, “these guys almost had everything, then it all went to shit.”

“Oh, right,” says Jeff, “You and I both should be up there!” I explain to Jeff that I read the book and it’s great, and it tells the story of lots of musicians who were just about at the top of rock ‘n’ roll’s ridge when either their labels or management screwed them. How they had it all, and through no fault of their own (well, maybe Rick Rivets), and some dumbass either didn’t understand what they were doing and didn’t know how to label them, or how they were shelved by their label to make room for another act. (This was common practice before the Internet. Labels would sign bands just to have them not play, eliminating competition for the bands they already signed.)

“Like I said,” Jeff says, “That’s us!” I explain that we were both just about to make it big when in his case, punk rock exploded, badly, and the label they were on didn’t know how to market them. New Wave? Punk Rock? If you ask any musician from that time period they’ll tell you they were rock 'n' roll, and that the punk label came later. The whole thing is stupid, actually.

In my case, after starting a handful of semi-successful bands, I ended up being managed with my band, Iron Prostate, by Jim Steinman, Meatloaf’s songwriter. He also works with Andrew Lloyd Webber, and has written many hit songs that you know. He saw talent in me, but not really my band. Unable to fire my band for a publishing deal, eventually I was sued because I wouldn’t get rid of my friends who I mistakenly treated like family. When it all went to shit, and we signed with Hilly Krystal of CBGB, Jeff’s old manager, the whole band quit anyway. They were upset about no more lobster dinners and private limos and lots of cocaine. Of course, as it turns out, I was paying for it anyway. Like everyone else who gets signed.

“Maybe you’re right,” I say to Jeff, “but I’m still playing with my band, Furious George, and now, 20 years later, we’re still plugging along. Very slowly, but along.”

Steve Blush’s book tells these kinds of stories and so much more. Steve heavily interviewed all his subjects, so you know the stories are true. At least from their perspective. And man, are they fucked up and sad. One artist, Cherry Vanilla, had a really interesting story to tell. Turns out she started life as Katherine Anne Dorrite from Queens, a graduate from All Saints Commercial High School where she learned to type and later became a glitter rock groupie, and disco queen. She got the name Cherry Vanilla through an interesting story about Abbie Hoffman, and used it to write stories for Penthouse, Oui and Creem.

She became one of the Warhol gang and starred in a play called “Pork” at the Round House Theatre in London, where The Ramones would later record their first and best live album, It’s Alive. Cherry got involved with the music scene in New York and finally gave it her best shot as a punk rock singer. What happens next is, well, just read the book.

Then there’s Chris Robison, who started out in a junior high school band with Billy Squier, recorded with his band, Elephant’s Memory, who got big at the time, wound up backing John Lennon on his album, Yoko on hers, was the next Jimi Hendrix, etc. Of course, just when he’s about to cash his lottery ticket, the shit-show starts. It’s sad, but deeply fascinating. Fascinating that the whole music business is so slimy and backstabbing, it makes politicians look like Boy Scouts.

Lost Rockers tells many other tales of woe, even one about a guy I played with in one of my old bands, Letch Patrol. He’s probably the only guy who was worse than his environment, getting kicked out of many bands he even started. I really shouldn’t say his name because he did help form The New York Dolls and was in a pretty cool band called The Corpse Grinders, besides starting the legendary band, The Brats. Poor Ric.

As the celebration for the book starts to wind-down, the DJ suddenly starts blaring Steely Dan. “I hate Steely Dan,” yells Jeff, as he makes faces at the DJ. A few minutes later “Sonic Reducer” starts to blast and Jeff kind of shakes along. Some old dude with really wild gray hair, dressed like a hippie, runs up to Jeff and starts to shimmy and shake along with Jeff, yelling to him about how great The Dead Boys were, and how cool was it that he, Jeff Magnum, was there. Jeff rolls his eyes, and then takes a few large steps back.

I say to my wife, Elena, “I guess I shouldn’t have told him that the guy who played bass on 'Sonic Reducer' was here.” Elena says it wasn’t a nice thing to do, and I start to feel really, really bad. That is, until Beth, Jeff’s wife, blurts out, “Well, it’s your fault, you shouldn't have asked the DJ in the first place."

Elena and I make our goodbyes as the hippie continues to “dance” with Jeff to The Raspberries. As we head outside, I thank my lucky stars that Steve didn’t ask Jeff and me to be in his book.

I’ll enjoy my loser status by myself, thank you.