We didn’t realize that we were standing on the very bridge we were burning. 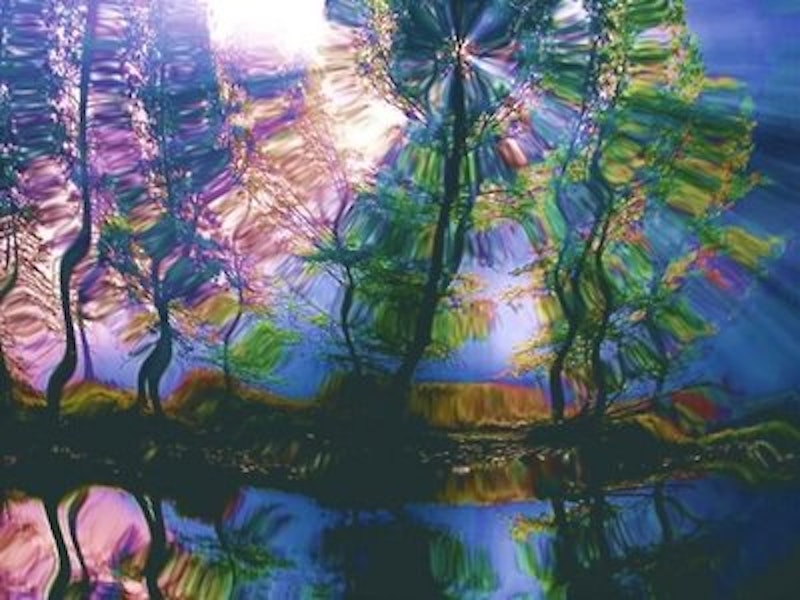 In the fall of 1967, I began my freshman year at Woodrow Wilson High School in Camden, NJ, furious at having been yanked off the boards of the Great White Way and dragged back to Nowheresville. I’d been functioning as an adult in Manhattan. I was a member of the Actor’s Equity Association and the American Federation of Television and Radio Artists. I’d been immersed in the cultural revolution taking place in the city, attending anti-war rallies and hanging out with the acid heads on St. Marks Pl. I’d met Timothy Leary and I’d seen the Grateful Dead. I was reading Sartre and Alan Watts, McLuhan and DeSade, hanging out and working with gay people, black people, intellectual freaks of every shape and description. Child actors are not children. Now I was expected to mingle with actual children, semi-conscious hicks from a rotting Rust Belt backwater who identified as jocks, greasers, and frat rats.

I hated every minute of it. I calculated exactly how many days of school I could miss each semester without getting left back. I’d skip school and hop a bus to Philly, where I’d hang out in Rittenhouse Square with the other freaks and heads. We never called ourselves “hippies.” We hated that word. I hooked up with the Philadelphia Resistance, a local anti-war group that later became notorious when some of its members raided an FBI satellite office in Media, PA, and stole files related to COINTELPRO, the disinformation and sabotage campaign waged by the FBI against civil rights and anti-war groups. I found a pot connection, then a meth connection, and finally, the Holy Grail: an LSD connection. I discovered that I could make a tidy living getting my dick sucked at $20 a pop down at 13th and Locust St. by seemingly straight middle-aged Sinatra fans with “Nixon’s The One!” bumper stickers on their Cadillacs. On the rare occasions when I’d put in an appearance at school, I was beaten up regularly by the sub-human primates I was penned in with. The teachers and administrators turned a blind eye to it. They hated me as much as I hated them. It was a purely adversarial relationship that I identified as a Zero-Sum Game, one that I was determined to win. Decades later, Rage Against The Machine summed up my attitude nicely: “Fuck you, I won’t do what you tell me.”

I connected with a flamboyant pansexual acid-soaked tribe of adult lunatics clustered around a huge log cabin in Rancocas Woods, NJ, on the edge of the Pine Barrens. My life became a whirling cacophonous carousel of meth, LSD, and crazy sex. A few days after my 15th birthday in 1968, I ran away from home. I was sick of my parents and their endless divorce, sick of my mother’s attempts to get me into therapy, as if the problem was me, sick of my father’s relentless abuse, and sick of listening to the family yelling at each other over the dinner table about how “the niggers” were ruining Camden. Ruining Camden wasn’t exactly a challenging task, and the white people there weren’t Darwin’s Finest. Mostly, they were witless trash.

In Rancocas Woods, we were discussing Camus and DeSade, Bucky Fuller, Ezra Pound and T.S. Eliot, the works of Edward Albee, Richard Brustein, Peter Brook, the music of Ligeti and Stockhausen. We were taking heroic doses of LSD and dabbling in sadomasochism augmented by methamphetamine. I discovered Aleister Crowley and H.P. Lovecraft.

I got kicked out of Woodrow Wilson High School. There were a couple of very cool clergymen involved with the freakshow in Rancocas Woods, and they intervened to enable me to make a truce with my parents, a sort of de facto emancipated minor status. One of them took me in. I transferred to Camden Catholic High School in 1969, just in time for LSD and pot to become fashionable among the jocks, greasers, and frat rats that used to beat me up.

Overnight, I went from shit on the wall to rock star. Law enforcement from local to federal began to take an interest in the cabin in the woods.

Paranoia settled in after the Kent State shootings in 1970. We didn’t know it yet, but the whole scene was crumbling beneath our feet like a beachside cliff in California. In our blissed-out drug haze, we didn’t realize that we were standing on the very bridge we were burning.