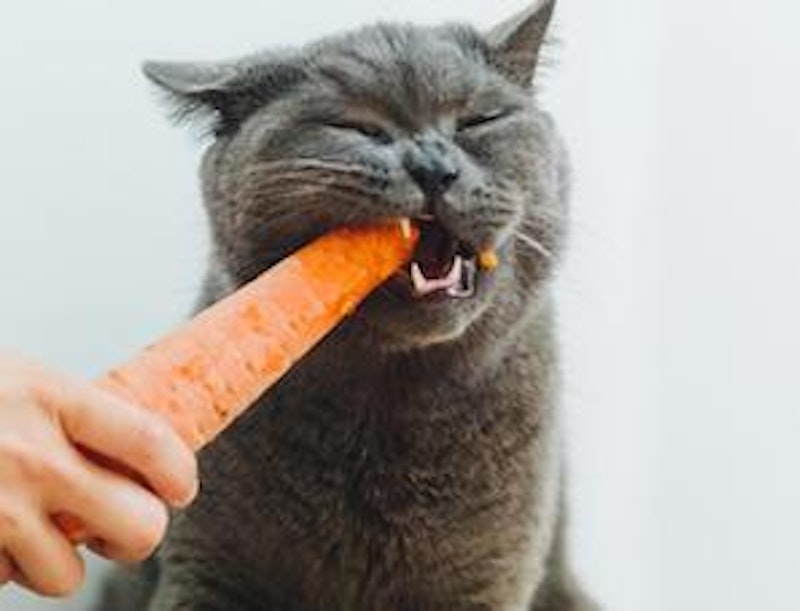 Apparently there’s something called intuitive eating. It’s not the sort of intuitive eating that you or I might do. It’s the sort that a consultant explains to you, after which you pay the consultant and then tell your friends about your discovery. If that’s not enough, you write an op-ed.

As you might have guessed, the person who wrote this op-ed is a woman, the novelist Jessica Knoll. A man is more likely to tell a prolonged joke and then tell another because you didn’t laugh at the first. He’s more likely to explain Putin’s foreign policy to you, and he’s more likely to get a gun and shoot up a post office, a movie theater, or wherever. A woman is more likely to tell you how to chew. She’s also more likely to ask someone else how she ought to chew, and to accept some wiseguy’s tag for the resulting advice (mouth experiencing, let’s say). For her part, Knoll has found intuitive eating, which she says “encourages a return to the innate wisdom we had as babies—about when to stop eating, what tastes good and how it makes our bodies feel.”

People already pay attention to the tastes they like, so I suppose the main idea is to notice how your stomach is feeling—empty, crammed, just right?—and whether you’re sluggish between meals. If so, good advice. I think I saw it in Glamour magazine a few decades back, but the struggle continues. Intuitive eating, with that name and all, gives Knoll the answer to a modern-day menace. “Smash the Wellness Industry,” says whoever wrote the headline, and Knoll certainly agrees. She calls wellness “a dangerous con that seduces smart women with pseudoscientific claims of increasing energy, reducing inflammation, lowering the risk of cancer and healing skin, gut and fertility problems. But at its core, ‘wellness’ is about weight loss. It demonizes calorically dense and delicious foods, preserving a vicious fallacy: Thin is healthy and healthy is thin.”

Much depends on how you define thin, of course. What degree of thinness is the optimum for good health? Whatever it is, it’s probably more thinness than you’ve got right now. People in our society have plenty of crap food and not much self-control. The American Medical Association says we’re getting toward an obesity rate of 40 percent. On a smaller scale (so to speak), a woman I used to work with thought she was being body-healthy and self-esteemish because she stopped thinking low-fat and ate as she pleased. Then her doctor, also a woman, told her she’d better lose weight.

There’s nothing wrong with wanting to be thin, and it sure looks like more of us ought to try. The problem is that we’ve been trying and the results are terrible. I expect the trouble goes back to motive. “In 2019, dieting presents itself as wellness and clean eating, duping modern feminists to participate under the guise of health,” Knoll warns. If wellness is dieting under a fake name, I guess the modern feminist with her leafy greens has the same motive as the Cosmogirl with her Metrecal. She wants the guys to look at her. Of course, the guys want to be looked at too, now more than ever. Do sociologists still talk about being outer-directed? They ought to. Everyone in the modern world has an eye glued on everybody else, each person waiting for a tipoff as to how he or she is doing. Since people pay the most attention fastest to people they’d like to fuck, we’re all big on being fuckable. That’s where thinness comes in. Too bad. The reason we should care about being thin is that our bodies are us. We should stop pretending they’re sofas we can replace after trashing them.

As described by Knoll, intuitive eating is chiefly a way to keep women from messing about with nutty health regimens. The idea that comes with those regimens? That you should love your body instead of hating it. Knoll: “I think loving our bodies is not only an unrealistic goal in our appearance-obsessed society but also a limiting one... We don’t need to love our bodies to respect them.” But if loving your body can become a trap, so can respecting it. Not that I think either is a trap. The problem is being told to love your body, and being told to respect it amounts to pretty much the same deal. Self-respect isn’t something you get by being talked at, but that’s a secret kept from lifestyle consultants and op-ed writers.