A dilemma that only hardworking organic farmers face. 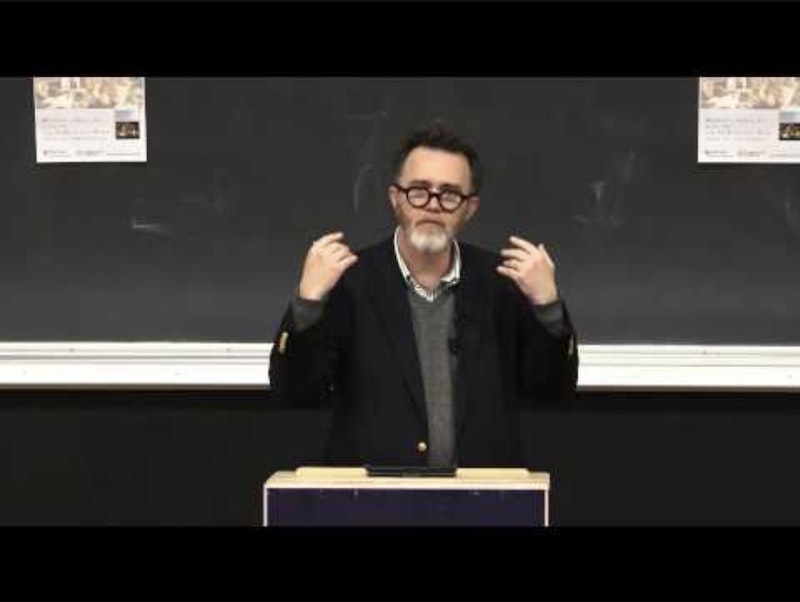 Rod Dreher’s blog at The American Conservative is one of the delights of my life, second only to the Russian Orthodox sacraments, my Rumpole of the Bailey VHS tapes, homemade mead, and a stout pair of leather sandals for everyday wear, well-turned by a skilled craftsman.

The blog is a cornucopia. I don’t think world literature has ever produced a better years-long chronicle of emotional crisis. It’s a running report from the front lines of catastrophism, masochistic defeatism, depression, and a type of intellectual parochialism (because Dreher has an obsessive unwillingness to see the forest for the trees, or the trees for the forest) that borders on the narcissistic. It’s fascinating. What’s more, given Dreher’s facility with the pen, it’s fun. Many journalists’ blogs, Twitter feeds, etc., are essentially confessions of personality deformation, but Dreher’s efforts “take the cake” and “bring home the bacon.”

One of my favorite Dreher genres is what I’ll call the “letter from underground.” What happens here is that Dreher publishes all or most of a ponderous letter from some anonymous subject of the American Imperium that, at great length, describes that subject’s twilight life of oppression under the yoke of liberalism in all its guises: transgenderism, critical race theory, the sexualization of children, Moralistic Therapeutic Deism, anti-Christian hatred, whatever it is.

It’s not worth it, but a scholar could attempt a generic analysis of these amazing letters. Typically there’s an invocation of the writer’s belated awakening to the reality of general crisis: I’ve never been one to worry too much about Wokeness, but recently I had an experience that showed me the terrible path we’re going down…

At some point the writers mention the personal cost they could pay if their coworkers/neighbors/fellow parishioners/children/whatever learn about their transgressively non-progressive opinions. There’s also invariably an expression of a wish for freedom, smothered in pathos: I don’t know what to do, Rod. I want to escape this corrupt civilization. At the same, we have our family business to take care of, and a mortgage. I keep in mind the inspiring stories of the Christian martyrs—but I’m afraid, Rod. I am deathly afraid.

Letters smuggled out of Bergen-Belsen weren’t as lachrymose, miserable, or self-pitying as these. Here is an example of the genre I’m talking about; I especially appreciate the magnificent headline of that post. Here is another example.

As not only an orthodox religious right-winger but one of the pioneers of the Benedict Option, someone who’s been living in internal exile from a poisonous American culture for two decades now—someone who’s put his money where his mouth is, in other words—my message to Dreher’s correspondents isthis Courage!

Courage, my brethren! Our Redeemer who died on the Cross might have a word to say to hangdog whiners indulging in performative defeatism on a widely-read blog. If we’re to be martyred by pagans and barbarians, let us suffer our passion with brave smiles on our lips and our eyes trained toward heaven!

Here’s a dilemma that only hardworking organic farmers are likely to face: Storing extra ram semen.

A happy dilemma, to be sure. It speaks to the abundance of springtime, to the new vitality that’s coursing through God’s earth and the loins of His barnyard creatures. And yet it calls for resourcefulness, as do so many moments in the day of the organic farmer. Farming is a process of the daily solution of umpteenth problems. At the end of the day, the farmer goes to his rest with the satisfaction of having, hopefully, solved some of them; and with a minor, not unpleasant, trepidation about what the next day, starting ever so early, will bring.

This year the rams were especially “spunky,” and Mother’s and Sister Marie’s forearms quickly went from sore to numb during the extraction of the precious essence. The abundance swiftly overflowed the available plastic buckets, causing Brother Aiden and me to scramble for new vessels.

The discovery of a dozen empty spackle buckets in an outbuilding “saved the day”; and as, bearing these buckets, we returned to the pen where the women were on their knees in the mud, wrestling with and “fluffing” the sometimes recalcitrant rams, I daresay we experienced something of that triumphant feeling that must have filled the Scythian hunter as he returned, bearing freshly killed meat, to the women at the campsite.

But back to the question of storage. Our kitchen refrigerator is already full up with spackle pails. So is the old auxiliary fridge in the shed. And yet we need still more room. Aiden says the root cellar will do to store the excess, and he’s right.

Another dilemma overcome for us humble workers of the land!