Back in My Body 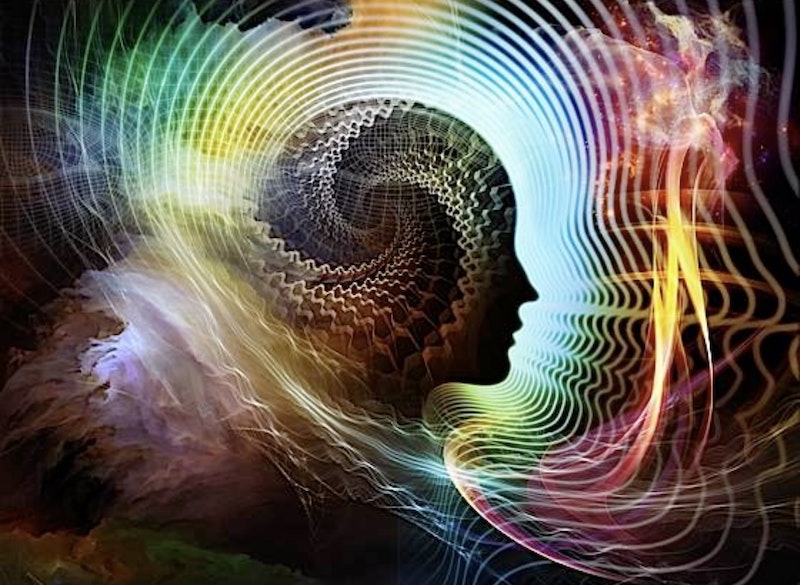 Maggie Rogers’ debut album Heard it in a Past Life ends with a song called “Back in My Body,” which chronicles the travails of her European tour after her song “Alaska” went viral in 2016. She sings about having a panic attack in London and nearly running away from it all while having a cigarette in Paris. “This time I know I’m fighting,” she boldly declares in the chorus, “this time I know I’m back in my body.”

Rogers said the phrase “back in my body” means “being able to do the things I love, but do them in the way I love, and in my way, and in my time. Giving myself the opportunity to just be me.” The phrase reminds me of all the times I’ve gotten lost in my mind and forgot I even have a body. It’s only when stopping to breathe and become present in the moment that I’m able to hear everything my body’s been trying to say.

Daniel the Therapist suggested we try dialectical behavioral therapy (DBT) after I had two major breakdowns back in December. DBT was created by psychologist Marsha M. Linehan in the late-1980s to treat Borderline Personality Disorder, although studies show it’s also effective in treating eating disorders. There are four modules of DBT: mindfulness, interpersonal effectiveness, emotion regulation, and distress tolerance. Daniel and I have focused on mindfulness for the past few months.

Mindfulness was hard at first thanks to my ADHD. At work, I’d focus on disinfecting the bathrooms, immediately start daydreaming, realize I was daydreaming, refocus on disinfecting the bathrooms, and then go back to daydreaming again. Daniel says that’s the point of mindfulness: being conscious of the fact you’ve been thinking, noticing what you’ve been thinking, and acknowledging how your thoughts make you feel. It’s not about being a Zen monk who’s stopped thinking altogether.

After more practice, I noticed how tense I felt all the time. My body was constantly in high alert mode, ready to either fight against or flee from an unknown terror. That’s usually how my meltdowns begin; pressure slowly builds inside until it needs to be released. Instead of ignoring it like normal, I investigated where this tension came from, and began naming both external and internal triggers.

The grocery store where I work is a constant cacophony of noise: bad pop music blaring on the PA, coworkers paging each other in my headset, the roar of the baler machine right next to my mop room as it crushes another load of cardboard boxes. It's like being surrounded by a million different TVs playing a million different shows at once, and all at full volume. I started wearing earplugs to turn the volume down. It’s working so far; I’m less tense, can focus more on my work, and don’t have to hear “Seeing Blind” by Niall Horan on the PA every half hour.

Even on days off, the tension’s there. Every morning while washing up, I think about everything that needs to be done that day—writing, making appointments, responding to emails—and whether my short attention span will let me finish everything. The list becomes a towering figure looking down at me and screaming, “Hurry up, you lazy bum!” With mindfulness, I now recognize when I’m anxious and focus on doing one thing at a time.

In the old Terry Gilliam movie, The Adventures of Baron Munchausen, Robin Williams plays the King of the Moon, who can detach his head from his body—which is only interested in carnal pleasures—for higher spiritual pursuits. The head and body battle; whenever the King detaches his head, his body immediately tries to reattach it. This idea of a metaphysical self that’s separate from the material body, and that the two are naturally pitted against each other, comes in various flavors. Paul in the New Testament called it the spirit vs. the flesh. Renee Descartes called it mind/body dualism. Maybe the Buddhists were right all along and there’s no separate, unchanging self. The body—including the brain and all the non-material reality it creates—is the self.

Either way, I used to live as if my head was detached from my body, dismissing every physical sensation as a mere distraction, resulting in mental breakdowns that seemed to come out of nowhere. It’s only now that I’m coming back in my body and learning how to take care of it.