Right Between The Ears

Everything’s easy with a mouthful of words. 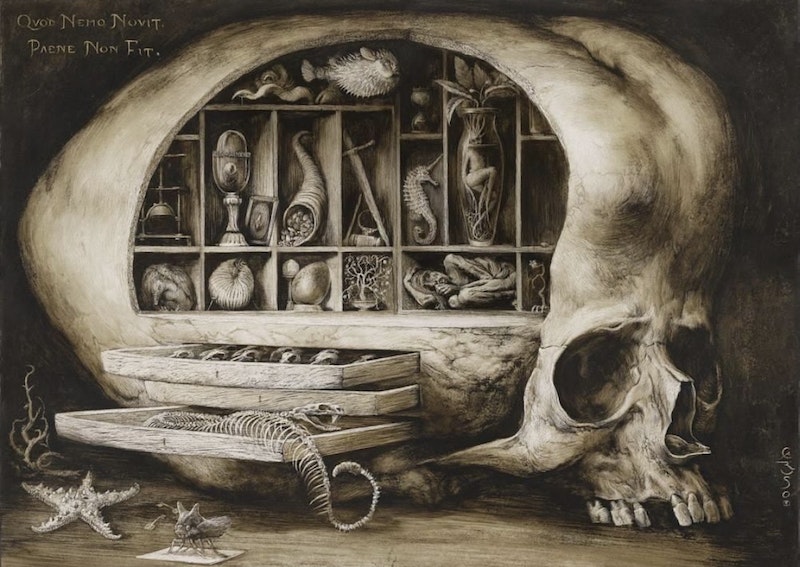 I was trying to remember the last time I put pen to paper. Writing my thoughts down in longhand. I stopped that long ago. Rewriting corrections in the margins at vertical angles. Then at a later date transferring them from scribbled notes to typewritten pages. My iPad is like a chalkboard or reusable paper. For a while I wrote in those black & white marbled composition notebooks. I still have them in a cardboard box somewhere in the closet. Never got into keeping a daily journal. Believing the everyday monotony of my inaction wasn’t all that interesting to anyone, including me. That’s why pencils have erasers.

A day hidden in plain sight of life in a world at large unfolds right in front of eyes. No secrets worth keeping to hear through closed ears. I can’t refer to digital files or look it up on the Cloud. A faulty memory of life’s unorganized files. Writing digitally on this tablet I feel separated from the process of writing. The only time I use a pen now is to jot down a shopping list, fill out a form, sign my name to official documents, scribble a “things to do” list or write notes to my wife. Tablets, laptops or desktop choices make the end result blank in the physical world of visible words. Unless it’s printed out or viewed on a screen. Printed matter is so passé. Almost obsolete. I’m on my way out too. Sooner or later I’ll be permanently crossed out, deleted, wiped clean and erased.

Gazing back to a moment when barely erect humans painted on cave walls with their own shit and blood isn’t a good idea nowadays. Creating images of the everyday life is an art form. No artist can put a value on their work. The ancient manipulation of language and ways to communicate evolved slowly. A grunt here, a scream over there. Groans and hand gestures to convey ideas. Alphabets and symbols are the universal emoticon code of civilization.

Recording significant events went from cave walls to clay tablets, later to common papyrus, manuscripts, mechanical typewriters and now this backlit screen I’m staring at. Trying to project my imaginings into words pecked from this built-in digital keyboard. All the functions ever needed at a tap to a touch on the electrically-charged glass screen that never forgets. All roads lead somewhere and the old trail takes us back home.

We’re a virus of language spreading the seeds of rumors along with germs of doubt. Why do we need to express ourselves with words? What purpose does it serve to know all there is to say in words? To speak a coherent language of words. Set the tone for angry voices that scream and yell to make a point with words. Or soft whispers that evoke positive emotion. Sounds made through the cartilage of muscled vocal chords radiating beautiful thought waves.

Enchanted words make smiles while vicious words evoke fear making the hairs stand up on the back of heads. Mere meat containers with perpetual motors. Compartmental visions and memories buried deep inside the junk drawers of crowded brains. Filed away for later reference. Held close to the vest, up the sleeve and out the pie hole. Throwaway lines and cute phrases to suit any occasion.

There’s truth and then there’s truth. The false positive of untrue. What are words worth? Everything’s easy with a mouthful of words. Classical symphony orchestra music as a backing soundtrack for cartoons. Reading poetry with jazz accompaniment. Rapping words to a tape loop synthetic drumbeat. Singing with the choir. High mass in Latin. Crooning waiters at karaoke bars and singing telegrams.

Why write? Putting it down and laying bare every flourish of nuance with words of no doubt. Reporting events as they occur. Maybe you write the words of others as a referral to specialized fields. Making sense of the world around with words. Laying it down verbatim or faking it. A riff in a library of vague literary endeavors. Books filled with words. A dictionary of ideas. A singer of scat improvising out of the blue. Words flow into listening ears. Everything has a word. All the sounds heard are reverberations of tomorrow’s yesterday. Even the future needs a future update.