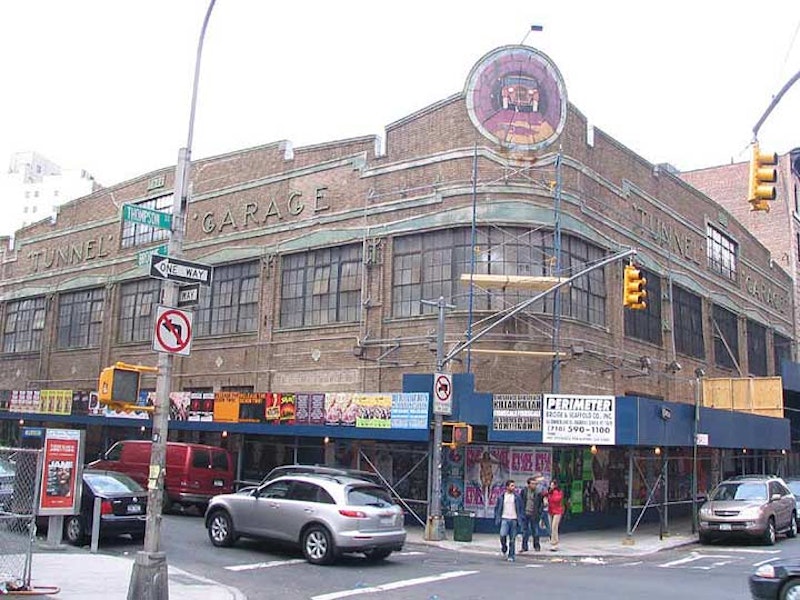 Until 2006, there was a magnificent brick pile from the dawn of the Automobile Age at Broome and Thompson Sts. in Soho: the Tunnel Garage.

The Tunnel Garage was constructed in 1922, designed by architect Hector Hamilton. The Holland Tunnel’s construction was already well underway by the time it opened, and the garage’s builders were anticipating brisk business when the tunnel opened to traffic, which it finally did in 1927. It’s often thought that the name of the Holland Tunnel commemorates the Dutch, who founded NYC as New Amsterdam in 1626. Actually it was named for Chief Engineer Clifford Milburn Holland, who died the day before workers tunneling from New York and New Jersey met under the riverbed of the Hudson River. The garage did well even before the tunnel opened, since 7th Ave. had recently been extended south along IRT subway construction and was now a through route with Varick. Soon after the garage opened, 6th Ave. would similarly be extended south to Church St. 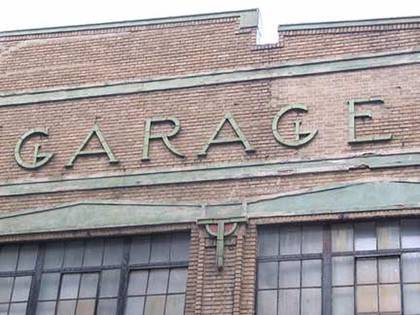 The Garage heralded the dominance of the automobile and brought Machine Age esthetics to architecture. Take a look at the G’s in the word “garage,” spelled out in terra cotta lettering, in green with touches of purple, on the Broome St. side. The G has a design that was found nowhere else, a complete original. It was made to resemble a metal vise. 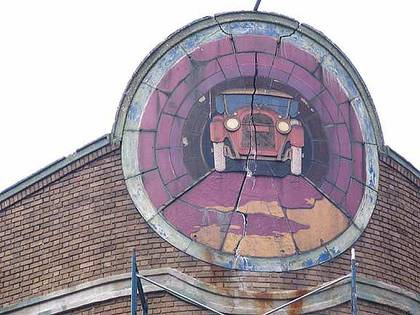 The real star of the show is the massive terra cotta 1920-1921 Marmon Model 34 (as I was informed later by a car aficionado), traveling through the tunnel (anticipating its opening) depicted atop the building’s round corner. It’s one of the biggest examples of colored terra cotta I’ve seen in NYC, and it wasn’t till I zoomed in close to get the big picture on top that I noticed that the artist even put a driver behind the wheel. The number on the license plate seems to be 6207183.

The Marmon was hidden behind a “24-Hour Parking” sticker for years. This situation was emblematic of the Philistines that have been in charge of our buildings for decades, and now seem bent on razing all of them in favor of mediocrities.

The Greenwich Village Society for Historic Preservation appealed in vain for the Tunnel Garage to be saved: “This is an 11th hour plea to the owner to save this wonderful building which could so easily be re-used and restored rather than demolished,” said Andrew Berman, Executive Director of the Society. “The City’s Landmarks Preservation Commission has been deluged with hundreds of letters in support of landmarking this building, and preservationists from across the city and country have called upon them to do the same. It’s got a medallion representing an automobile traveling through the city’s first tunnel connecting New York City to the U.S. mainland—how much more historic can you get than that?” added Berman.

“To demolish an unprotected historic building in a neighborhood renowned for its landmarked buildings is unconscionable,” said Sean Sweeney, Executive Director of the SoHo Alliance, a neighborhood group also fighting to preserve the building.

“Demolishing the Tunnel Garage for yet another glass monolith to wealth and avarice would be tragic. This building is useful, beautiful and historically significant; why can’t the City do the right thing and save this neighborhood landmark rather allow another block-buster?” said Simeon Bankoff, Executive Director of the Historic Districts Council, a citywide historic preservation organization.

Their concerns met with deaf ears, as demolition on the Garage began in early April 2006. 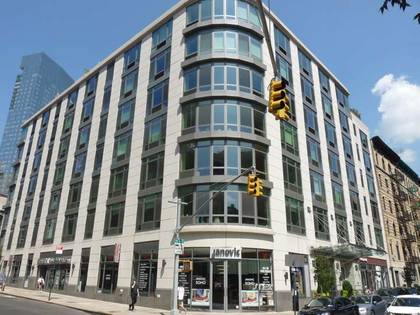 After what seemed like an endless period of construction, the chi-chi luxury rental building 55 Thompson has arisen in its place. The contours of the new building, especially the rounded corners and paneled windows, are somewhat echoic of the old garage.

The old medallion showing the Marmon running through the tunnel has been saved, though not in an area open to the public. In the words of the online real estate website, Curbed, the medallion “hangs on the residents’ roof deck like a stuffed moose head in a hunter’s cabin.” 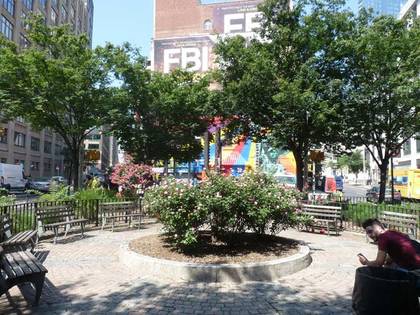 Across the street, Watts St. meets Broome at a triangle park. It’s another result of latter-day street engineering, as prior to 1905 or thereabouts, Watts ended its eastern progress at Sullivan, but then it was extended to meet Broome just west of W. Broadway, creating the triangle.

I first started visiting this part of Soho in 1981, when my friend Steve Graziano, who managed such bands as Certain General and Band of Outsiders—both still playing today—and who passed away in 2005, was living nearby on Thompson St. In the triangle formed by Thompson, Broome and Watts, I saw what seemed to be a whole pile of metallic junk strewn on what was then a plain concrete surface. It’s come a long way since, as Robert S. Bolles’ (also known as Bob Steel) creations now reside in a landscaped garden stuck between three streets that are absolutely jammed with cars honking their horns at 150 db. 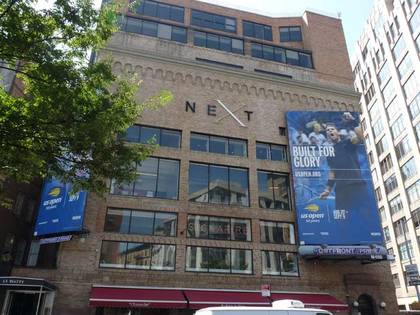 40 Watts St. could stand up to the Tunnel Garage in original grandeur. It was constructed in 1928 as a power company substation, but was apparently meant to echo the garage’s appearance. Like the old garage, it’s now used as a big billboard ad holder. A succession of bars and clubs have held down the ground floor.