She was my friend. 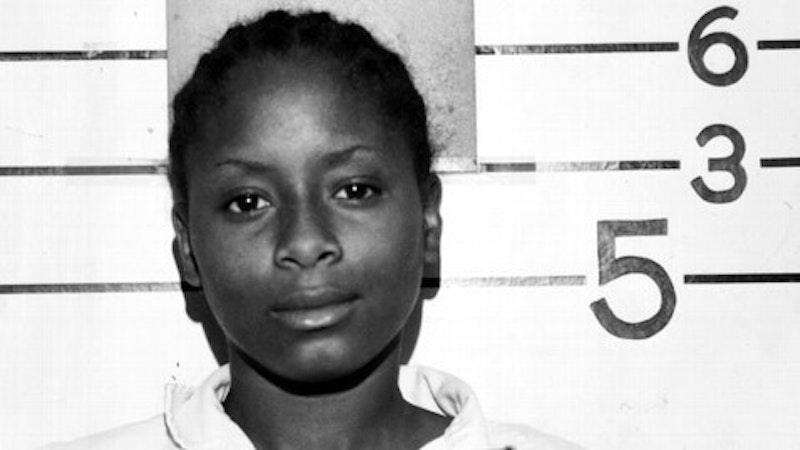 Many years ago, I watched an A&E documentary about a young woman named Paula Cooper who, at the age of 15 in 1986, stabbed 78-year-old Ruth Pelke 33 times during the course of a botched robbery. Cooper was sentenced to death at age 16, making her the youngest person ever sentenced to death in the United States. At the time, Indiana law allowed children as young as 10 to be tried as adults. In 1989, her death sentence was commuted to 60 years in prison.

As the story unfolded and I listened to Cooper talk about what happened, I sensed her remorse and regret. When I learned of the physical, sexual and emotional abuse she suffered growing up, I was horrified. We were the same age, raised in the same generation, but that’s where any similarities ended. Our lives had taken very different paths. After learning her story, I felt Cooper was a victim too and something compelled me to reach out to her. After obtaining her information from the Indiana Department of Corrections, I mailed a letter and waited, wondering if she’d respond or if she would even receive it at all.

A few weeks later I received Cooper’s response and was apprehensive and excited. I had no idea what to expect or what I was getting myself into but I knew that reaching out was the right thing to do. Once I began reading her letter, I breathed a sigh of relief. She appreciated the letter and was excited to talk and perhaps make a new friend, but only on the condition that it all be completely honest. Letters were very personal to her (as they were me) and she didn’t want to be interviewed, she just wanted to talk and get to know one another and that’s exactly what we did. We talked about whatever came to mind. We talked about life.

And that’s how it began.

Cooper was proud of her education. At the time I’d gotten to know her, she’d been pursuing a BS in Psychology and was close to earning her degree. Cooper didn’t take the experience lightly; she cherished every class, discussion, and exam. She didn’t want to stop at a Bachelor’s degree either. Cooper wanted to use her life experiences as well as education to help other young people avoid making the same mistakes she’d made. She desperately wanted to help children who’d come from abusive backgrounds make good choices to avoid prison.

Cooper was determined to overcome the horrible abuse she’d suffered in her childhood and in prison so that she could eventually transition to a normal life on the outside. She knew it would happen, she just wasn’t sure when. She often expressed her desire for a good job, a good man, and a child. She also wanted to be a part of her own family again, and had a desire to travel and see the world. Cooper tried to maintain a positive attitude. It wasn’t easy because of the conditions in which she lived and sometimes the depression got the best of her, but more often than not, her letters were full of hope. She often set aside her woes and reminded me of the blessings of life and freedom. She encouraged me to live my dreams. I think it was good for her to focus her energies in that way: it seemed to help her forget her own situation for a time. Cooper was insightful and smart and she attributed that to all the time she spent doing two things she enjoyed very much—reflection and writing. She said it kept her sane in an insane world.

An insane world is exactly what she lived in. She didn’t want to cause trouble during her incarceration, she just wanted to do her time and get out. Though she didn’t seek out trouble, she refused to sit still and take the abuse heaped upon her—or others. In her letters to me, she was very candid about how inmates were abused, tortured and treated like animals. She especially wanted children to know the brutal truth about prison so they might avoid it. Cooper cited the abuse as one reason so many inmates were unable to be rehabilitated and why there was so much recidivism upon release. The psychological scars were permanent.

Cooper’s desire to stand up for herself and other inmates eventually cost her dearly. She went into lockdown for defending herself against a guard who slapped her. She hit back and was banished to solitary. Days turned into months and with nothing else to do, she took advantage of the quiet, doing puzzles, writing letters and thinking, but eventually the isolation, poor lighting and lack of movement took a terrible psychological, emotional and physical toll on her. She was nervous and depressed and had lost weight. She was desperate to get out of lockdown and return to general population so she could see people again and resume her classes. I could feel the desperation in her words. I learned later that she’d spent three years in lockdown.

Cooper and I continued to exchange letters for some time, touching on different things, whatever was on our mind at the time. We’d become friends and the words flowed easy between us. It was as if we’d known each other our whole lives. The letters were something we both looked forward to.

I don’t recall exactly when it happened but eventually I stopped writing—life got in the way. I was in school and working all the time. I had obligations and was gone from home from before sunrise to long after sunset. I was tired when I got home and just didn’t feel like writing. By the time I realized how long it had been, I figured she’d moved on. I worried writing after all those years would upset her. I wanted to explain my absence but I didn’t know how. We’d built a trust and I wondered if she’d even want to begin again. But I never forgot her, nor did I want to. I missed her. Not writing her again turned out to be one of my biggest regrets.

Cooper was released early from prison for good behavior in June 2013. She committed suicide on May 26, 2015. Her suicide was all over the world news and that night I watched story after story and kept thinking, “This was my friend, she’d never kill herself.” I was in shock for some time and after the reality set in, the guilt came. I didn’t blame myself for her suicide, but felt guilty for not being there for her. Sixteen years had passed between our last letter and her release from prison. Sixteen years. So many things happened to her during that time and I was not there to help her through it. She’d shared things with me, trusted me, counted on me and I felt I had let her down. A friend told me recently, “You can’t take on that burden” and she was right. I knew I wasn’t Cooper’s only friend; she had others, many of whom saw her every single day. And as it turns out, none of them could help her either.

According to police, Cooper left a suicide note that mentioned her inability to make it on the outside. It didn’t resonate with the Cooper I knew, who’d been so determined to overcome the obstacles she knew she’d face on the outside. She was preparing herself for that day by getting her education, embracing her faith, and making good choices. Except it wasn’t enough.

All those years in prison took a toll on her. That’s what prison does to people. It sucks the life out of them and degrades them. Prison erodes all self-respect and humanity. Inmates lose control over their own lives for so long that it’s nearly impossible to regain it on the outside. They find themselves in a very different world, one they’re completely unprepared for and longer incarcerations make it even harder to adjust. They’re trying to assimilate back into a society and culture they don’t recognize and one that doesn’t easily forgive.

Cooper accepted responsibility for her crime, but I don’t think she ever forgave herself or felt worthy of the forgiveness she received from others. She paid her debt to society but unfortunately, it came at a high price. After 28 years behind bars, the burden of trying to live a life that was foreign to her was just more than she could bear. And that breaks my heart because she was once so full of hope and courage, determined that she could do it, that she would do it and nothing would stop her.

Cooper often told me how thankful she was to know me and be my friend. But I’m the one who’s thankful. She changed me in ways I didn’t even realize until so many years later, especially now. I am a better person for having known her and am proud to have been able to call her my friend.