The American health care system is a very sick joke. 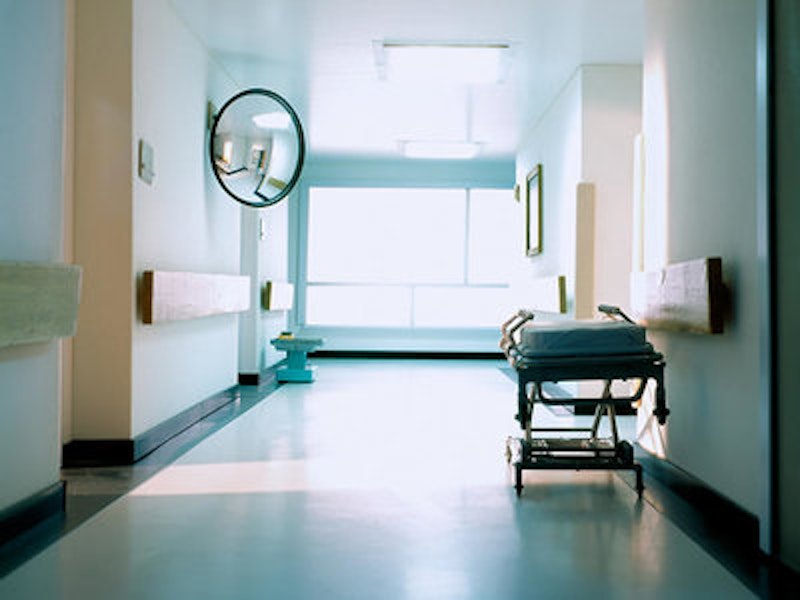 The Centers for Disease Control (CDC) maintains that American hospitals are the third leading cause of death in this country, right after heart disease and just above “smoking-related illnesses.” At least they have the common decency to admit that cigarettes are safer than American hospitals, but I’m 100 percent certain that their figures on the subject are as dubious as the official unemployment numbers and the official inflation rate. I’d wager that honest reportage of the deaths caused by prescription drugs, medical malpractice, bureaucratic incompetence, lousy hospital hygiene, and outright neglect based on ability to pay would put the American health care system firmly in the Number One slot when it comes to morbidity and mortality here. It’s a damned sorry state of affairs when a tiny low-budget country like Cuba has a better health care system than the self-proclaimed wealthiest country in the world. Our doctors are the highest paid doctors in the world, and the worst.

For-profit medicine is as contemptible and plain stupid as the private prison industry and the privatization of water. Two recent incidents served to lower my opinion of capitalist medicine even further.

My 95-year-old aunt had a stent in one of her kidneys removed and replaced, as it was causing a recurring infection. It was about 10 months old. She checked into a local hospital, owned by a relatively new medical monstrosity, yet another in a long line of capitalist behemoths more concerned with dispensing extravagant compensation packages to well-coiffed, beautifully attired do-nothing administrators and pleasing their shareholders than any activity that might be remotely construed as “healing.” She was admitted on a Sunday and immediately hooked up to an antibiotic IV drip. The next day, a doctor came in and switched her over to a different antibiotic. They pumped her full of drugs for a few days, and then took her into surgery on Thursday. After recovering, she was wheeling around in the hallway with my cousin at her side when a nurse expressed alarm at her roamings. “You’re supposed to be in isolation,” she exclaimed. “You’re infectious.”

At 95, having survived smallpox as a child, my aunt is sufficiently sick of bullshit from doctors and nurses that she just waved the pathetically misinformed creature away, but my cousin does not suffer fools gladly and she went off. “Excuse me,” she said. “But you just had her in surgery, and all up and down these halls. You’re a little late.” There was a fair amount of bureaucratic distress and alarm at the nurse’s desk, finally resulting in an uneasy and not at all uniform acceptance of the fact that my aunt was not spreading Ebola all over their precious hospital. She was discharged on Friday.

From Sunday through Friday, her sheets were not changed, her room was not cleaned, and the bathroom was not sanitized. You get better housekeeping service in a goddamned Motel 6. Her kidney is fine, but she came home with a brand new sinus infection that is filling her ears with fluid and causing a fair amount of unnecessary discomfort. At least it isn’t MRSA or tuberculosis.

More seriously, and with drastically worse consequences, it turns out that my girlfriend Daisy’s son Jonah sought help at a hospital in Rhode Island immediately upon his return there. I had misgivings about his return to the locale where his heroin habit had blossomed, and those turned out to be well-founded when he wound up being found dead of an overdose in his van on the grounds of a local university. He was found by a local cop who knew and liked him.

This cop went the extra mile on what could’ve been a simple open-and-shut overdose case, and uncovered a disturbing fact: he’d sought help at a local hospital, feeling that he was going to relapse into heroin usage. He was turned away. Apparently, standard operating procedure for treating addicts of any kind in American hospitals is that the addict must be under the influence in order to be admitted. Informally and off the record, it goes like this: “We can’t admit you if you’re sober. Come back wasted, and we’ll get you a bed.” That might work with a drunk or a cokehead, but it’s a dangerous game to play with a recovering junkie, especially given the quality of the heroin on the street these days thanks to our misguided and futile adventure in Afghanistan. Jonah hadn’t had any smack since December, and he was fresh off detoxing methadone. The fix he got to get him admitted to the hospital killed him.

The doctors were quite open about what killed my ex-wife in 2003: the chemotherapy they used to treat her breast cancer in 1991 gave her the incredibly exotic cancer that killed her. The chemo they gave her for that second cancer made her life a living hell until she finally died.

If I knew I had just a half-hour to live, I’d like to spend it strangling a hospital administrator. The American health care system is a very sick joke: a killing joke.