A kind, talented writer whose life was far too short. 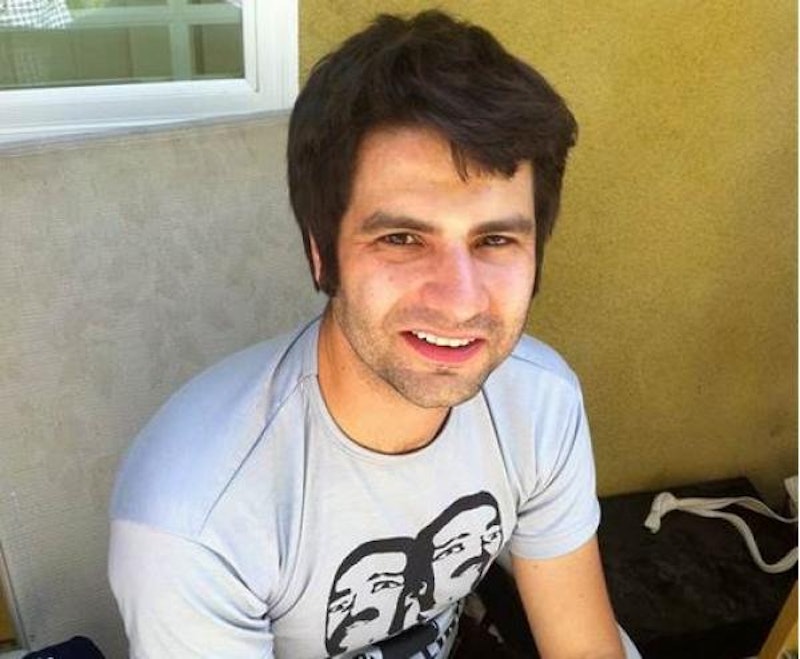 It’s never easy to write about a friend whose sudden death comes as a brutal bulletin, much less a young man who took his own life at the age of 32. Suicide is a tricky business—the pain that precipitates such an action is usually known only by those closest to the person—and I’ve no interest in wading in those waters. Instead, for those of us who knew and admired Ned Vizzini, who died last Thursday, it’s best to contemplate what an extraordinary fellow he was. An acclaimed author and journalist, who lived in Los Angeles with his wife and two-year-old son, Ned was smart, very funny, and, even as he became more and more successful, was generous in dispensing advice and communicating with his fans.

I first met Ned in 1996, when, as a 15-year-old Stuyvesant High School student in Manhattan, an article of his was published in New York Press, the weekly newspaper I owned at the time. A self-described “nerd” (which was far from the truth), Ned came to our offices at the Puck Building in Soho, and was likely surprised when he was enthusiastically engaged in conversation with editors John Strausbaugh, Sam Sifton and myself. In our view, what could be better than showcasing a gutsy teenager’s work; after all, NYP was a hothouse of exciting and rambunctious activity back then (the paper was viciously competing with the Village Voice), and Ned fit with a roster of writers that included Alex Cockburn, Jim Knipfel, Howie Kaplan, Chris Caldwell, Lionel Tiger, Jeff Koyen, Lisa Kearns (our brilliant copy editor, who did the heavy lifting on articles after they were read by John, Sam and me), Jessica Willis, Bill Monahan, Jonathan Ames, Todd Seavey, J.R. Taylor, Mistress Ruby, Armond White and so many others. In a weekly that was defiantly anti-preaching-to-the-converted, it was quality of writing that was paramount, and one of our many unspoken mantras was “Weird is good.”

In a Splice Today interview I conducted with Ned in 2010—after the film adaptation of his book It’s Kind of a Funny Story was released—he spoke about those first experiences with NYP:

I started writing for New York Press because I picked up the paper every Wednesday and it blew my mind! People forget that when the Press was publishing confessional essays in the mid-90s, blogs didn’t exist… Most of the stories in the paper were about sex and drugs, and I didn’t have any sex or drugs in my life, but I figured if I wrote about snot and vomit maybe the Press would want to publish it. The offices definitely intimidated me but I reminded myself that I was a kid and wasn’t even supposed to be there in the first place.

Recollections of NYP staffers vary—the paper ran pointed political pieces, pop culture coverage, lengthy interviews, offbeat food columns, in addition to a lot of memoirs, some of which were indeed fixated on sex and drugs—but no matter. As time went on, Ned contributed more stories, and became friends with people like Alan Cabal, Matt Seitz, Andrey Slivka, Mike Doughty, Tanya Richardson, Adam Heimlich, Michael Gentile, illustrators like Danny Hellman, Tony Millionaire, Doug Allen, Mike Wartella and whoever else was in the office at the time. He’d come to our “Best of Manhattan” and Christmas parties, and unlike most of us, I can’t remember anyone who didn’t take a shine to him.

Part of the function of a weekly “alternative” paper—back when they existed in a vibrant form—was to provide a platform for writers who were unwelcome at legacy publications that wouldn’t sniff at a person’s work unless he or she had a polished resume. And quite often, after writers had built up a body of work, they moved on to more lucrative endeavors, which always pleased me. Ned was no different: he was published in The New York Times and The New Yorker, and worked as a writer on TV shows.

My son Booker, 19, who was present at those raucous parties (along with his brother Nicky and my wife Melissa) became a big fan of Ned’s Young Adult novels, and was thrilled when Ned sent him an advance copy of The Other Normals, which he subsequently reviewed for Splice in 2012. It was indicative of Ned’s generosity that he didn’t slag off an admirer’s emails, and I was grateful for his attentiveness to my son.

In the past several days there have been countless stories about Ned by friends and colleagues; this is just one more, a fond farewell to a person who meant a lot to so many.