Thanks for the Heads Up

Two case studies with one fact in common. 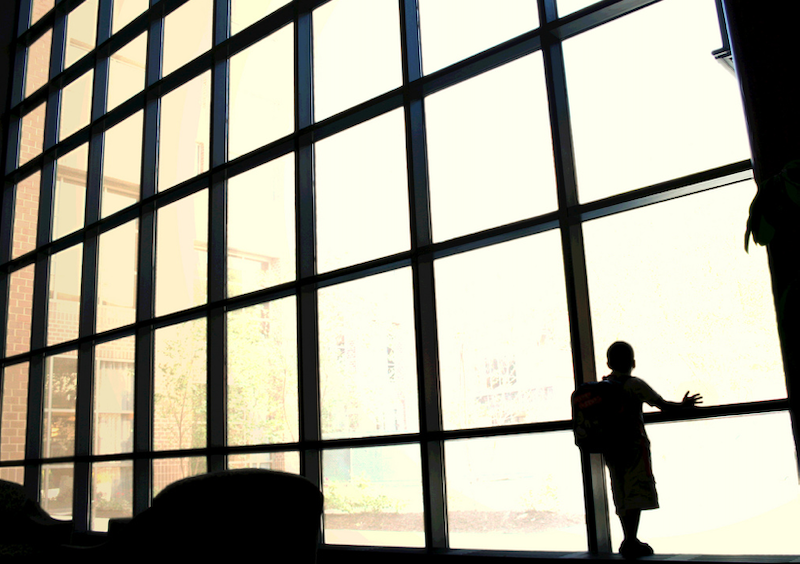 What follows are two stories and a connecting thread.

Koshen: The summer between eighth grade and high school, I went to writing camp. Yes, you read that right: writing camp. Two or three weeks spent deconstructing fairy tales and trying my hand at modern art on a college campus in a sleepy Eastern Shore town with a bunch of strangers who quickly became friends, inasmuch as 14-year-olds can befriend one another. There was a great deal of facile flirting. The counselors encouraged debates I was disinterested in. Once we were caught in the rain and the orange dye in my t-shirt ran wild. I bought a slingshot at Roses, which was awesome until I lost interest. Somewhere I still have all the photographs, and the notebook where campmates left messages and addresses; no clue what's become of most of them. Many I would bump into at high school mixers, until I didn't anymore. Some became pen pals, and then vanished into late adolescence. One fell off a jungle gym and broke his neck. Another—a whip-smart Hancock native who once sent me a Dracula troll I still have today—is now a Facebook friend whose husband had an action figure of himself made. Another was the daughter of a professor at the college, whose classes I would enroll in when I attended several years later.

But I want to discuss Koshen, who I never really got to know that well. In fact, I remember very little about Koshen. She was tall, good-natured, and I had a crush on her, which isn't saying much, because I was crushing on everybody. At some point during camp, a faction of the campers had to deliver arguments in favor or against some notion or practice, and her theme was a defense of illegal drugs; it's the only one of those speeches I recall. Once camp was over, I called her and wrote her letters. She was never home, or couldn't talk. One day, though, she called me back to chat briefly—and to tell me, in the nicest possible way, that she probably would never call me again. It wasn't anything pernicious, just that her life was full, a whirlwind of sleepovers, lessons, clubs, and responsibilities leaving her schedule airtight. There was something noble and laudable about her gesture—the regretful politeness of it—that's stuck with me over time, even as so much else has faded out and away. How considerate it was, the generous adultness of it.

Natalie: Natalie I knew a bit better. She was a tiny, quiet girl with an easy smile that could brighten a stadium. For a long time I assumed she was Ethiopian, until we were introduced, at which time I discovered that she hailed from Long Island. Natalie had no dreadlocks but rocked a Rastafarian-style cap, majored in sociology, was in love with a tall, burly dude with a beard, worshipped Ani DiFranco, was president of the campus gay and lesbian organization. Her eyes were as big as saucers, and she was a joy to be around, an endlessly positive person. This was college, and because the newspaper office was in the basement of her dorm, she was one of several people whose rooms I made a practice of visiting, to distract them from doing their nails or course reading. There was a summer after she graduated and before my senior year where we hung out, went for bike rides, watched television at the pad she sublet, commandeered a college van with some other students and bummed around Baltimore. We talked a lot about what it was like to be African-Americans with voracious interests and un-ebonics vocabularies that scanned as white to others. Was I smitten? Maybe a little, but mostly, I felt like I'd finally found my awesome older sister.

She decamped to the University of Chicago for her Master's; after graduation, I moved to Denton and took a job at the Caroline County Times-Record. Staying in touch was touch-and-go. I remember wandering around on a cordless in the 100-year-old farmhouse I rented a room in, and the sparkle animating her voice. It was her birthday, the second birthday of hers where we were on the phone; it had become a tradition of ours, the one day during the year when we'd reconnect, however fleetingly. Natalie didn't Koshen me directly, but there was a sense that her academic work was a bubblegum balloon expanding slowly in a cramped space. There was room for the work, for her significant other, and little else. The next year, when I called, her boyfriend—who never particularly impressed me—sarcastically took down my message. She never called back, and I never heard from her again, but as much as I still miss her, never resented her for the absence. I could feel the distance coming; I could understand it, and accept it before it arrived.

The Common Thread: There's nothing fun about the loss of a friendship, or a potential one: Koshen was gone before I could know her, Natalie vanished as we were truly becoming acquainted, and Matt—the guy who broke his neck—died at a point where we were on the verge of becoming good friends. At camp, he'd been my closest confidante, and we ran up phone bills nattering on about things I can't remember now for months after. The experience of finding out the circumstances of his death is a memory I'll carry with me for the rest of my life, and is a subject for another column.

But even as I miss them, I don't loathe any of those three because I don't get to share any part of my life with them now. They were signposts along the journey I can look back on with a sort of disembodied fondness. Their examples are very different from cases, years hence, where I'd become thick as kin with other friends—where I would make the fateful mistake of opening myself up so much that when, ultimately, the doors of camaraderie were slammed shut, the psychic sting was something that lingered in perpetuity. I've mentioned my separation on Splice Today before; anyone who has been part of a crumbling marriage knows that the aftermath is uncomfortable and exhausting and soul-shaking. But—and I know I'm going to catch shit from someone for saying this—the death of a friendship is somehow worse when it isn't pre-ordained or premeditated. When people you used to talk to everyday just stop answering your calls and emails as if you'd never known each other, stop acknowledging the cards you send, when you hit a point where even trying to communicate seems like an empty, token gesture, and you fumble for something to say that doesn't feel cribbed from a Hallmark card. If nothing else, I'll always remember Koshen and Natalie—and Matt, tragically—as friends who never copped out. That's worth something.