Reflecting on the Craft of Writing

I think every writer knows internally when something he writes is nonsense. 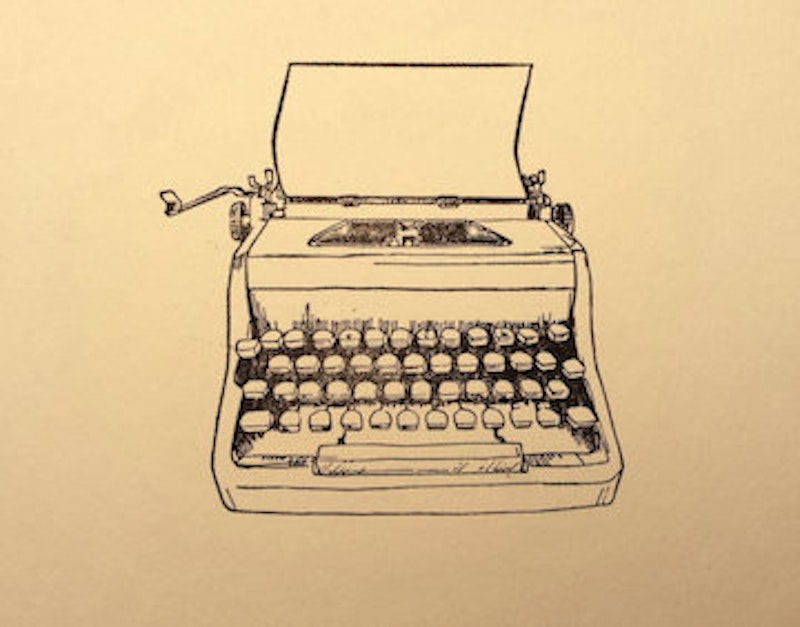 Not too long ago, when I was unable write much, I’d log pages and pages about the craft of writing. I had notes all over the house. Small and large pieces of paper, scribbles of ideas that were mainly duplicated because I couldn’t organize my mind, let alone my papers. Since I was unable to compose a piece from beginning to end, I’m not sure how much I actually knew about the craft of being a writer. I read a lot of books on writing from many different writers. My shelves are filled with great works on this seemingly elusive craft (such as Stephen King’s On Writing, or Joyce Carol Oates’ The Faith of a Writer) but also step-by-step guides on how to write. They are not necessarily in the “Idiot’s Guide to…” category but maybe one step away from it.

I still don’t think I necessarily qualify to write about writing but in the last year or so, I’ve written close to 100 various pieces and I learned that focus isn’t a myth and that an essay can be written from start to finish.

In any case, there I was, somewhere around Barstow on the edge of the desert… wait, I’m in the wrong story. There I was, sitting at my Toshiba computer from the year 1999 (because it doesn’t have Internet access), writing a piece for this very publication, on some form or other of identity politics. As I wrote, I noticed that something wasn’t sitting right and that almost every word was filled with frustration over the current state of our twisted, overly categorized society.

In the spirit of today’s self-esteem movement, I recognized and validated my emotions of frustration but I knew something was off about this thing that was being created before my eyes. Sure, the writing wasn’t bad but it smelled of anger. It was a rancid rant. After I wrote it, I asked my husband to read it. He always reads my pieces before I give them a final edit and send them off. He echoed what was already in my head—the fact that it wasn’t bad but that it wasn’t authentically me.

He was right, but for a moment, I didn’t want to hear it. I thought it was brilliant! Look at the way I segued into that paragraph and how I made a Pagliaesque punch and a kick in the ideological teeth! In the words of any Twitter news headline, “Watch Emina Melonic slam/destroy/demolish the ‘fill-in-the-blank’!”

After some huffing and puffing, which lasted about five minutes, I realized my husband was right (no, this isn’t patriarchy’s fault). I stepped away from the computer. I didn’t have to take another look because I knew that it shouldn’t see the light of day in the public square. I was repeating what I’ve written many times but only in a slightly different form. If I was trying to follow Hemingway’s advice on writing “one true sentence,” then I failed miserably. Of course, his statement pertained to writing fiction but I think the same thinking can be applied in this case as well. The question any writer should ask is whether the words that he is creating come from a true and authentic place. Or is he replicating someone else’s styles, writerly mannerisms, and ideas? In the age of social media, clichéd repetitions are so easy to do and they are more boring and inauthentic than discussing winter weather in Buffalo, NY with the stranger in a grocery store.

After I decided to scrap what I wrote, I felt a great sense of freedom. Some kind of burden lifted off my shoulders and only then I realized that I was feeling the weight of inauthenticity. It’s almost impossible to be objective about one’s own writing, especially when it comes to the nitty-gritty stuff—sentence structure, choice of words, etc. You get attached to it because you feel that it came to you as a message from a Greek muse but in reality, it’s not the best sentence or paragraph or article.

In The Faith of a Writer, Joyce Carol Oates writes, “Self-criticism, like self-administered brain surgery, is perhaps not a good idea? Can the ‘self’ see the ‘self’ with any objectivity?” This is a great question especially when writing a memoir. Can I really and truly know myself? Is there someone who knows me better than myself? In other words, can someone else’s perception of me (and my writing) be more illuminative of the written subject than what I, its author, have to say about it?

Of course, the answer to this isn’t easy, and as Oates implies, a writer’s question about his own writing is also a philosophical question about his own state of mind and soul. It doesn’t always cut that deeply; sometimes it’s just a question of tweaking a word here and there but many times, the work we create doesn’t come from that true source but from a fake amalgam of over the top personalities that tend to dominate current discourse.

Despite the difficulty of objectivity and self-criticism, I think every writer (especially if he takes the craft seriously) knows internally when something he writes is nonsense. Hemingway said, “The most essential gift for a good writer is a built-in, shock-proof, shit detector.” After all, the writing you save may be your own.