No Walls in Space

We are dust on a mission. 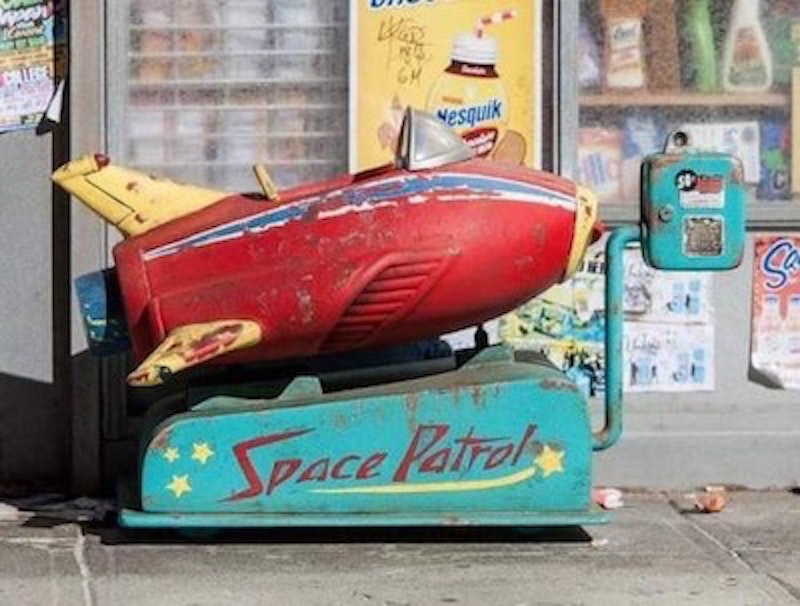 Space is the ultimate place. It’s everywhere we are. The vast expanse of nothingness covering cold dark empty. Where light is dark. Trapped in the outer limits of a sucking vacuum where we somehow exist. Strung out tweaking on reality. A fight between gravity and air. Like the old Star Trek episode when Captain Kirk endlessly wrestles with himself. Rolling heels overhead in some wacky space hooker continuum of electric static and gossamer plasma fucked up for all eternity.

Without time, space would have no home. With space, time wouldn’t be necessary. I can't figure out that final frontier hooey. A symbiotic love fest of sub-atomic particles mingling with gaseous flatulence in cosmological fornication. Space is messing with us everywhere at once. We float around in it. A kiddie pool of primordial goo. There are no walls in space. To go where no one wanted to go before.

Build a gigantic butterfly net across the sky. A sky wall to keep out those intergalactic illegal aliens. Rent out sections of the sky. Space promos for booze and beer. Poo burgers and fries. Junk dollar-store spacecraft bling-blinking the night away in unison with the starry firmament. There's nothing more disturbingly magnificent than gazing up to see gigantic green glowing Coke bottles dancing with the word "drink" flash on and off next to the full moon. To the east a portrait of Col. Sanders holding a bucket of fried chicken. Starbucks across the Milky Way. The sky’s filled with ships in gridlock. You believe you can fly? A pioneer market for the marijuana industry. In space everybody is really high and way far out.

These greasy diner papers in vinyl placemat constellations charting a celestial map on a course to locate the nearest mega mall. Laser beams point the way. Like upside-down spotlights guiding us faster than the speed of light. Drones broadcast free delivery in 30 seconds or less. Flying billboards hawking lawyers and bail bonds. Tele-sky to the vertical horizon and watch a football game to the north. The evening news to the south at sunset. Look west for Netflix. Play your skybox looking from any window in the privacy of your home. Keep your eyes to the skies. It’ll stop us from staring at cell phones.

Heard on the squawkbox there's chatter touting a new branch of the military. The United States Space Force. Along with the Air Force keeping our air space safe for military aircraft to drop their bomb payloads on countries where brown people live. Protecting the universe from hostiles that may or may not exist. New frightening weapons of mass destruction no one can find. A space caravan of extraterrestrial terrorists bent on the total destruction of the planet. The day the earth stood stupid. Into the wild blue yonder with a ray gun in my hand. The birth of another solar system re-exploding for fun and profit.

The Chinese recently landed a lunar craft on the dark side of the moon. They plan to create a second moon for added light at night to brighten their side of the earth. They'll corner the market on orbital carry out/delivery restaurants. Building factories to manufacture American flags and iPhones. Meanwhile there are discussions to build a Great Wall of China on the moon to protect them from us.

To protect the greedy interest of evil empires around the galaxy. Some kind of second-rate Darth Vader with a bad combover and spray-on tan will drop the big one right here on planet earth. Fighting in zero gravity sounds like a cheesy B movie if not a sadly comedic catastrophe. We can't even win a war on this earth. How the hell can we possibly win one out in the great beyond. No phony Star Wars epic sequels. Some idiot who claims to be in charge said, "We have won the battle against ISIS. We beat them and we beat them bad." Anyone who believes this tripe is as idiotic as that ignoramus. "Oh there will be death, a lot of death."

Like bringing back the dead only to kill them. The fruitless futility of our simian ancestors. Banging fresh bone on some shiny heavy metal obelisk. Embark upon an epic odyssey across the same parallel reality back to yourself again. Planet of the Apes joins the modern world. Those ancient aliens creating funky crop circles. The pyramids and Tang breakfast powder. A sealed plastic five-gallon bucket of mac & cheese with a 50-year shelf life. The moon is made of cheese too.

A half century ago NASA allegedly put a man on the moon. Then continued to go back planting flags in the moon’s crater face like pin cushion thumbtacks. There was plenty of room there then. Except for thousands of pieces of space junk orbiting the atmosphere. A minefield of expensive taxpayer scrap metal running a gauntlet of leftover satellites. A debris field so vast that it’d get in the way of any Space Force USA project. The junkyard in the sky. The war of the worlds. Attack from Mars. My favorite Martian and little green men with big black eyes. Extraterrestrial species among us. They’ll need to clean up that mess before waging any wars to create a new pile of crap.

The Internet is pinging radioactive radar across our clunky heads transferring waves of useless confidential info. Slowly bouncing waves of public domain through flatulent timely effluvium. Uninhabitable planets hiding behind our eyes. We are dust on a mission. Shuttling off on a suicide course to oblivion. Glinting in the blinding sun. Squinting and squirming in zero gravity tin can spaceships. The new star people.

Astral angels in an interstellar argosy dogfight of multiple lives yet lived. Existing alone in the universe, our fate held in the hands of overlord robot gods. Microbes under scrutiny. Fleas on flies. A speck beside a grain of sand. Pebbles at the bottom of the deep blue sea. Dust in the solar wind. Sold for a song. On a clear day you can see forever, my fickle friend.