Should Daughter Lodge with a Gay Man in Paris? 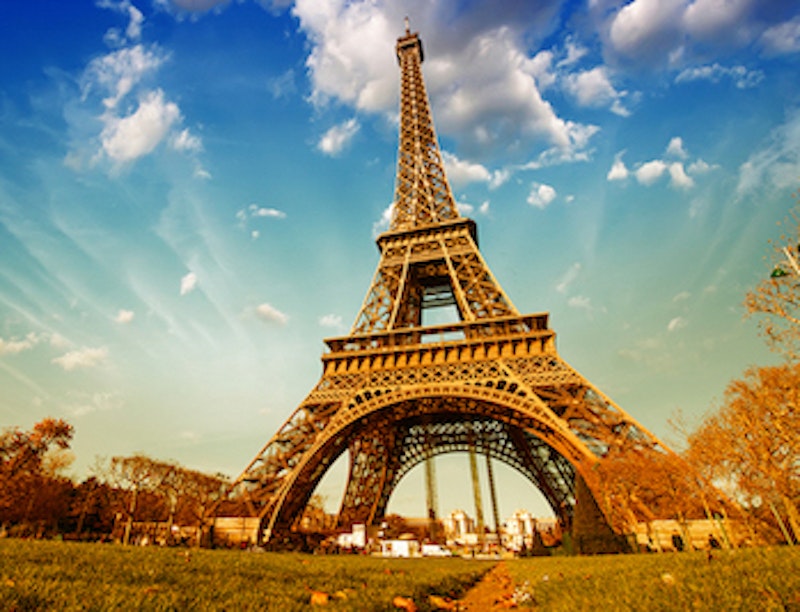 The length of the Christmas season as I experience it is wearing on me.

Consider. I’m a convert to Russian Orthodoxy, and one who’s been deepening his commitment to his faith’s sacraments—because it’s in the discipline of sacramental prayer and devotion that one accesses the richest depths of a faith. Consistent with this increasing discipline, I find that with time I’ve been committing myself to the observation of more of the so-called “twelve days of Christmas” each year, thus extending my Yuletide season deeper in January.

This year, for example, I joined Father Nicodemus and a couple other of our parishioners in celebrating the Mass for the Circumcision of the Christ Child and the Synaxis of the Most-Holy Theotokos. I groaned in prayer, meditating, respectively, on His holy foreskin and on the bloody thighs of the Virgin Mary, the Theotokos, as she expelled the blessed afterbirth in the wake of His Nativity:

Now, consider too that that neo-pagan bacchanal into which the Western Christmas has by now turned starts earlier every year, to the point where it now jostles against that other, lesser such bacchanal, Halloween. The result is that the devout Russian Orthodox believer in America—someone whose own post-Advent Christmas season, strictly defined, begins in early January and stretches towards the end of the month—will have by now been experiencing “Christmas” in one form or another for almost a quarter of a year now.

It’s extraordinary, if you think about it. As I write, of course, the American Christmas, in all its consumerist falsity, has blessedly faded away, yielding to the genuine Russian Christmas of the Julian calendar. O let the faithful proclaim:

And yet I think you’ll understand when I say that I’ll be not unsatisfied when the eaves here at our Benedict Option homestead are bare at last of the pine garlands, and when Mother has wrestled our Christmas tree, topped as it is with a red metal star that’s an exact miniaturized replica of the red star atop the Holy Kremlin’s Spasskaya Tower, into our compost pit.

Christ is born, and let us rejoice! And now, His Nativity having been duly marked, let us move onto the joyous Christian work of the new year.

As I wrote last week, Daughter unexpectedly returned home from boarding school for Christmas. This development turns out to have been connected with money—more precisely, she wants me to give her some.

A summer journey is in the cards. Daughter has been invited to spend her school vacation in Paris, staying at the Marais apartment of her friend’s divorced father. Divorced, it seems (and Daughter shared this information with me with a sort of aggressive bravado), because he decided several years ago to give up married life with the classmate’s mother and live as a homosexual in the City of Light.

The lodging chez l’homosexuel will be free, it seems. But Daughter will still require funds to buy an airline ticket and for walking-around money, so to speak.

You can see my dilemma. On the one hand, I’m a passionate Francophile, and I consider time spent in Paris (troubled and largely un-French as that city now is) part of the essential education of the young. Under any other circumstances, I would endorse Daughter’s summer in the French capital—consuming Breton oysters, taking her leisure in the galleries of the Louvre, visiting the various sites, like the Cathedral of St. Alexander Nevsky, associated with Paris’s robust, and I’m told wonderfully chauvinist, Russian emigre community.

On the other hand, I hesitate in consigning Daughter to a sojourn in the lodgings of a man whom the Russian Orthodox Church considers a sinner.

Will the situation be clean? To steal a word from our Jewish friends, will it be kosher? Daughter has bruited the possibility that the homosexual (if unambiguously generous) father will rarely be on the premises, since he spends his summers with his “boyfriend” on the Ile de Ré.

And yet “rarely” suggests that he’ll sometimes be there. And even if he isn’t, I’m anxious that Daughter might stumble on subcultural implements that he might keep around the house. To wit: ticklers, latex plugs, rings of various diameters, leather gauntlets, cast-iron shackles, “man-horse” stirrups and branding irons, petroleum-based lubricant solutions, bishops’ mitres, weighted cudgels, and other items that one used to see decades ago in certain shops in downtown Indianapolis, before the trade in such ware moved to the Web.

This is one I’ll have to “think on,” to use a homely expression from my Midwestern youth.