A brief look at crap's representation in film and literature. 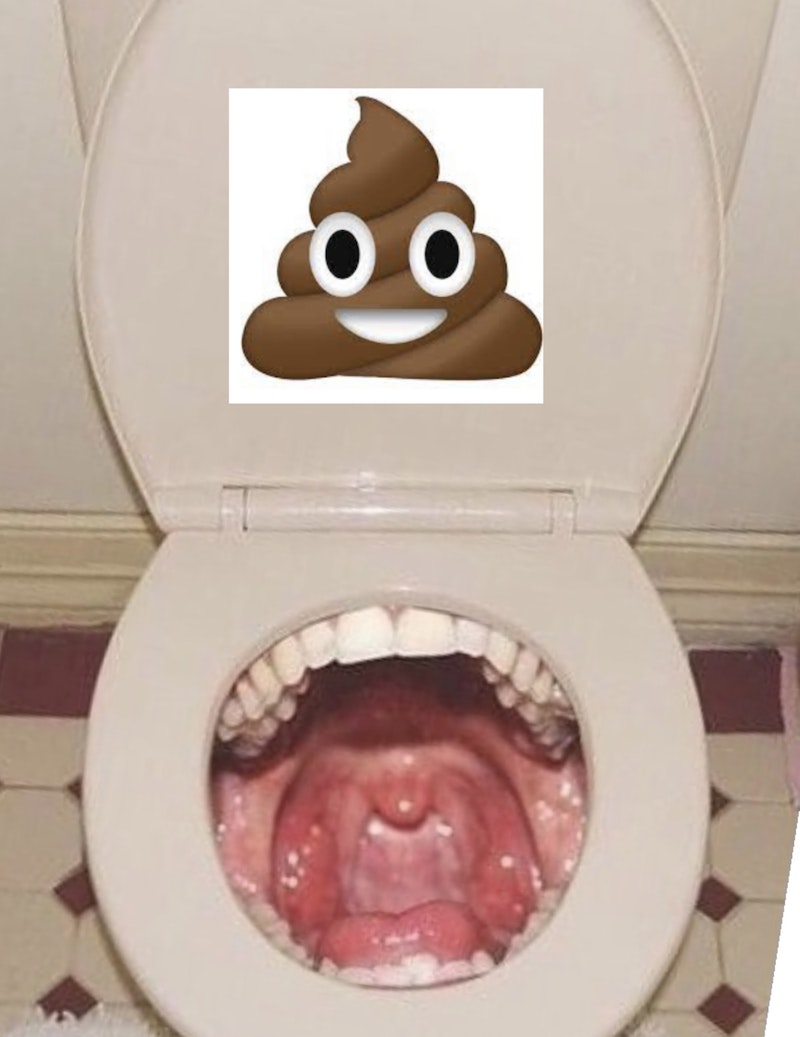 An inquisitive kid, I always asked questions. Even the hard stuff, like, “Ma, where does poo go?” My mother laughed and waved away the question, swiping her hand in the air, like shooing away flies. I don’t recall her exact explanation to my query, but she loosely stated, when you flush the toilet, the water takes it down through the pipes into the sewer. I had an urge to know more. I set about drawing an elaborate diagram of our house, with the pipes going down in the walls, snaking along under the floors and out through underground labyrinths into the unknown.

I was no architectural draftsman, but the rough sketch was a faithful blueprint depicting how and where all that crap goes when you flushed it away. If nothing else, it was a first attempt at making art. I recently watched the documentary Sh*t Saves The World by filmmaker Troy Hale. A humorous take about a seriously smelly subject on how shit can save our planet. Why they use an asterisk in the word shit is baffling to me, but politically correct. His previous documentary, FART, expounded on the history of the odorous topic. It expelled flatulent myths from facts about the nature of methane. It’s a real gas. The concept of using human and animal waste to save the world is nothing new.

The flick Mad Max Beyond Thunderdome shows a post-apocalypse dystopia down under somewhere in the near future. A big chunk of the storyline takes place in Bartertown, a large shantytown that converts all its energy demands from pig shit. There was no shortage, using the power of crap to fuel electricity. You could say money makes the world go round, but in Bartertown and in Troy Hale’s world, it’s definitely tons and tons of unadulterated shit.

One humorous scene in Sh*t Saves The World, and there are plenty, is a group of NASA astronauts during a space mission reacting to an escaped turd floating freely in the space station. No one wanted to admit or take blame. The reactions and their resulting questions and responses concerning the errant excrement gracefully floating around the capsule were hilarious. How did it escape from its hermetically-sealed baggie? Spacemen do have a sense of humor. Beyond this documentary, the subject of flagrant feces is a taboo topic, not only in polite society. The book Everyone Poops has sold over a million copies since its release in 1977. Yet, no one wants to address this highly personal topic. Mr. Hanky the Christmas Poo, a cartoon character, is another story. The brown smiley-faced googly-eyed poo emoji pictured above is now the universal feel good graphic image for all things poopy. Now the standard for lovable fecal/humanoid hybrid mash-ups.

Then there’s the book Histoire de la Merde by French psychoanalyst Dominique Laporte. The History of Shit, published in 1978, a diatribe treatise of meanderings in, around and about excremental anecdotes and long-winded quotes on the unsavory subject of human waste. Hand it to the French to psychoanalyze bodily functions. Inventors of the bidet and the public pissoirs, who could ask for more? Too much information in my estimation, but when the topic of toilets and the call of nature comes up in casual conversation, it’s time to start talking about something less delicate. To paraphrase the introduction, Consider for example, Laporte’s reading of the Royal Edict of Villers-Cotterets from 1539, and its staggering social cultural, and even environmental implications. The Edict decreed the private management of waste—“to each his shit.” Laporte recognizes here the beginning of a formative historical process and goes on to map the construction of the “I” across private and public spheres. Reconfigured in the domestication of individual waste and odor, introduced to respectable institutional strategies of waste management and deodorization.

The slop of over-intellectualizing basic human functions and how to rid ourselves of too much crap, to the point of absurdity and abstraction for natural primal urges. Naturally, there's always too much bullshit. Making civilization more civilized: never shit where you eat, in your pants, or in your or another's bed. Always keep plenty of butt wipes in stock, and don’t forget to flush your troubles away.