Race, Writing, and What a Mess 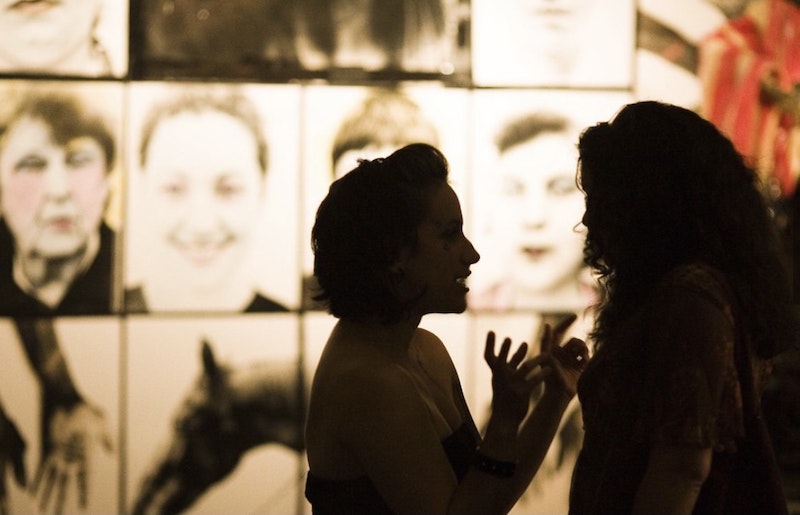 There’s disturbing news this week. The New Yorker, in writing up the Sonya Larson–Dawn Dorland imbroglio, referred to the fatal story as “The Kindness.” All right, it was just once and anybody can make a mistake. But that magazine’s freedom from this sort of mistake used to be a given; it meant the universe still held. Now we’ve got one more crack in the dam. No, two more, because I wrote a poem. I call it “Taped Next”:

The news about what Larson has by her desk (above it really, but that didn’t scan) comes from a clip embedded on her website, a clip heralded by a squib: “To learn how this story functions racially, watch this video below.” You’ll see a very friendly interview and during its second half the writer tells how her story, properly called “The Kindest,” is one of several she’s done that are specially designed: whites are meant to see them one way, non-whites another. She doesn’t say a lot about the particulars of the design, and anyway I suspect this two-way view plays out as the white characters being clueless.

That’s the case in the story, which was supposed to be a big whoopee cushion for its white character, poor Dawn (later renamed Rose). To do up her target just right, Larson used bits of a letter written by the real-life Dawn, an allegedly needy and annoying small-time author named Dawn Dorland. In fact she started the story because she wanted to spit on Dorland, whose latest and possibly worst offense had been to make a great fuss on Facebook about giving a kidney to a stranger, including in the letter she’d written. Given that the story was about a kidney donor desperate to be loved, Dorland caught on to the gag. Given that Larson had used bits from the letter, Dorland proceeded to tell relevant sections of the lit world that legally the story was damaged goods.

Larson sued. The case drags on, but by suing she did accomplish one thing: she placed a trove of her private communications in discovery, meaning they can now be found and read on the Internet. They show her backbiting and lying, including lying from her high horse, and gloating about the material she lifted from Dorland and how the story made the chump look like a chump. All this sits on Larson’s permanent record. Much of it is also in the giant New York Times story that just brought the saga to the attention of a fascinated general public. Hence my poem—oh well.

Read about Larson and she seems horrendous. Watch her being interviewed and she doesn’t. She seems fine. She comes off as somebody who’s happy about the work she gets to do. She really enjoys what she’s talking about, and I don’t mean just her stories but writing in general and the chance she has to spend her life writing. Matching the talk Larson with the pixel-and-print Larson is beyond me. She tells the interviewers how her double-view stories are meant to promote respectful and unafraid racial communication. I can’t believe she’s lying, but the story we know the most about was written to put somebody in the wrong. It’s also quite a slog.

Aside from seeing her chats, reading “The Kindest” is about the worst thing you can do for Larson’s case. I always thought the standard lit story was about a viewpoint character with a big mood and everyone had to make room for the mood. I read this thing, and that’s what it is. It reminds you why people watch TV. A mid-career Hollywood actress would’ve done a real job on the role. Some hacks in a room would’ve figured out something interesting for the key scene, the one with the antagonists alone together. Here the work of that sort seems rudimentary—no one could be bothered. Instead the simplest lit effects are deployed. I mean college senior stuff: for an IV, “dripped cold dreams into my elbow.” Boy, the story’s a drag and it’s about as well made as a pile of damp laundry. I don’t buy that there’s a pop-up Asian level that will transform this dud. Larson may say so but she says a lot of things.