A July 4th Paean to Russia 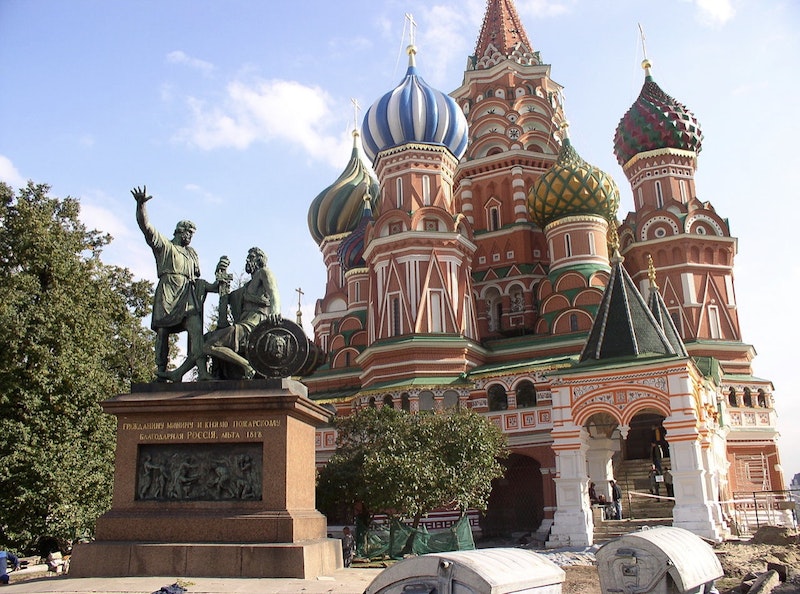 As Americans watch the neo-liberal putsch stalking through American institutions in the guise of a “leftist” or “Marxist” or even “Maoist” “revolution,” some of us turn for psychic solace in the direction of Russia.

In the terminal stages of liberalism, the West can build nothing—nothing worthwhile, anyway. The Western subject, a deracinated and a historical child living in an eternal present of streaming pornography, video gaming, and heaps of soporific marijuana dispensed from government-licensed facilities, is connected to neither a history nor a future. All he can do is consume, and vegetate; and when, his cortex haphazardly stimulated by some combination of the antidepressants with which he’s plied like a laboratory rodent palpitating under an IV drip, he does finally rouse himself to action, that action is feeble, an expression of self-hatred. It amounts to a spasm of nihilism and violence: a statue destroyed here, a wall graffitied there.

But in Russia, holy Russia, we see something different. We see a broad civilizational health, a thorough cultural cleanliness. Confidently, even joyously, a populace strides forth on its election days not to cast its ballots defensively or out of fear, not to “vote against,” but rather to affirm—in the most recent case, to affirm the wise, steady, and essentially moral (if by no means perfect) rule of a far-seeing helmsman.

In addition—one may even say, aping the management consultants who have done so much to disfigure an English language with its roots in the King James Bible and in Shakespeare, as a “downstream effect” of what I’ve just described—there is no pornography industry in the Russian Federation. Abortion is rare. Indeed, except in cases of the rape of Russian girls by Tatars, Kalmyks, Georgians, Kirghiz, Azeris, Kazakhs, Estonians, Latvians, Lithuanians, Chuvashy, the more nationalist-minded Belarussians, and Ukrainians, it is basically unheard of.

Throughout society, indeed, violence of any type is rare, and domestic violence and criminal street violence are rarest of all. The national defense against fascisto-Kievan encroachment is ensured by a first-rate military, participation in which is equitably distributed across society through the mechanism of a draft that enjoys the unanimous support of a grateful populace.

Public monies are disbursed not according to a corrupt racial spoils system, or in accordance with the pseudo-scientific dictates of a bloodless technocracy, but rather by public servants with an organic understanding of the needs of the Great Russian political community as an integral whole. This has crucial positive effects “on the ground” (to use another phrase from the neo-liberal managerial lexicon) for the quality of life of the typical citizen.

Back to the idea of building.

The Great Russians remain, as we do not, fully capable of building physical monuments to their own civilization, great items of architecture that tie together past and future, while ennobling the present. Take the brand-new and just-consecrated (in a moving ceremony) Main Cathedral of the Russian Armed Forces in Moscow. The photographs of this magnificent structure move my Russian Orthodox soul. How just this cathedral’s proportions! How elegant its lines and exacting its details!

No expert am I in Russian devotional architecture. And yet I feel that this glorious house of worship—worship of God, worship of the Great Russian military—will take its place among the masterpieces of the Russian church-building tradition, along with St. Basil’s, the Novodevichy monastery, the Kremlin’s Annunciation Cathedral, and other blessed sites.

A prayer rendered in stone, rising beatified toward heaven—that’s what this tremendous new cathedral is. And it’s also a rebuke to our own paltry and expiring “civilization” here in the West, where the “great buildings” are private houses and corporate headquarters: monuments, respectively, to our own narcissism and to the pretensions of neo-liberal capital.

As July 4th, that vulgar bacchanal meant to pay honor to our own doomed polity, approaches, I turn my humble heart eastward, and proclaim: