A roundtable discussion with Chin the Monk, Jars the Crusader, and CDVF.com. 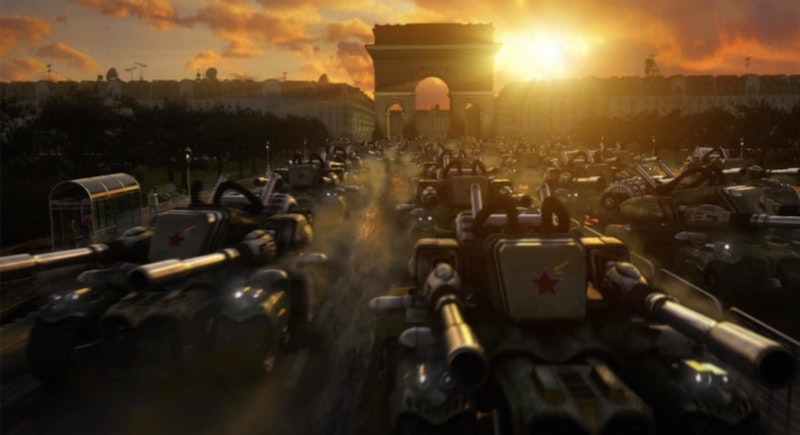 Sounds of battle: clamor of clashing swords, bones breaking, howls of death echoing and rolling over the scorched hillside. Rooster caws and marches toward a gang of three marauders, dressed in leather and browned hide stained in brown blood, their faces marked by chalk and war paint.

Chin: We’re about to face the skeleton king. Chin the Monk here. I’ve been a monk since I was a child. My parents were also monks.

Jars: Of course we’re going to defeat him. It’s just going to take a little bit though.

Hellfire erupts from every charred chimney in the ruins of the hamlet overrun by undead. Chin takes for himself the pleasures of a corpse.

Chin: I have boundaries, and I like to explore them. I’ve grown fond of my sterling cutlass Rumney Button, and I wish to have him as soon as he turns 13.

Jars: I abstain from everything because I am a crusader in the War of God.

CDVF.com: Vitamin-C. I fucking love the Charles, my man.

Jars: CDVF.com lives off the white.

Chin: We’re all driven by the higher essence of the powers of Israel and stained glass.

CDVF.com: I’m really not down with Zionism. Honestly, down with Israel, I’m not even kidding at all. Give them their land back that was taken, we drew arbitrary lines that we know nothing about, and lent it, you know… that’s honestly what I think. We brought out the board, drew lines around territory that we knew nothing about, planning it out like “Alright, they’ll be there, they’ll be over there, it’s insane…

CDVF.com pulls a yellowed paperback from the rubble of the hut he’s just pillaged. Chin eviscerates the head male of the house and accidentally kills the children after discovering their mother already burnt to black from the gas fire. Globules of mercury ooze from the ground.

Chin: I’ve been known to only speak my own name. Chin, chin chin. Chin chin chin chin. Before I fought in the Skeleton War I was a famous actor. My most famous roles were in the original Planet of the Apes remake in 2001 as one of the main prisoners and on a couple episodes of Two and a Half Men.

Jars: Excuse me, I have to take a piss break.

Jars relieves his bladder in the stump of the child’s head, itself a spigot, inputting urine, outputting blood. Lady Magdalene descends with an aside.

Magdalene: Jesus. You should ask them about their stories.

Rooster: How did you get here?

Chin: I was given a secret quest by a private party. I’m not allowed to discuss it.

CDVF.com: I drove here in my car.

Chin: The Outerlands. As a monk, I don’t want my mind tampered with by such foolish thoughts of what might be outside of my own fantasies.

Chin removes the remaining limbs from the torsos of the mangled family for meal and scrap meat, storing chunks of flesh and fat within his tarnished and rusted armor, a clanging affair, a noise much to the annoyance of his fellow pillagers but nevertheless hardly mentioned, for Chin’s temper is violent and powerful.

Chin: As a monk I have absolutely no faith. I am Chin. Call me Chin.

Jars: We heard about the fallen angel. We wanted to see it. It’s a tourist attraction. And then we all kinda fell in, we were all taking photos, just some small talk, some light conversation, then we got roped into this whole quest… a lot of blood, a lot of brutal murders.

Chin: We wish to face the fallen angel. And he is powerful. Very powerful indeed.

Rooster: Moving on. Jars, you once maintained custody of a goblin. Most of our readers do not support goblins.

Jars: I raised a goblin since he was three years old, I found him, I sheltered him. Until he was brutally murdered in his bed, age 15.

CDVF.com: He watched him turn blue with the death. It was one of the saddest things I’ve ever seen. They did it in his sleep, they did it in darkness, and they did it while we were unprepared because it was unprecedented.

Jars: We’re not taking it anymore!

CDVF.com: We’re in the streets and we’re killing.

Jars: Everything we see.

CDVF.com: Zombie dogs do not agree with skull dogs. And that’s something people don’t want to talk about. So we’re trying to raise awareness by death.

Rooster: Death has been the most effective way of raising awareness throughout history.

CDVF.com: If you kill people, they will cease to disobey.

CDVF.com: Peaceful protests are really good for likes on Facebook.

Jars: Yeah, and tweeting about bullshit. It doesn’t work, you guys! WAKE UP! Tweeting, peaceful protests, rallies—it’s all good and everything, but to start a revolution, it’s an act of violence that will start a revolution. Look at everywhere else other than America, where we aren’t able to do anything…

Jars eliminates a clan of goblins with his broadsword, and claims their gold as his own. CDVF.com fashions a necklace out of bone fragments and the band of pillagers marches deeper into Hell.