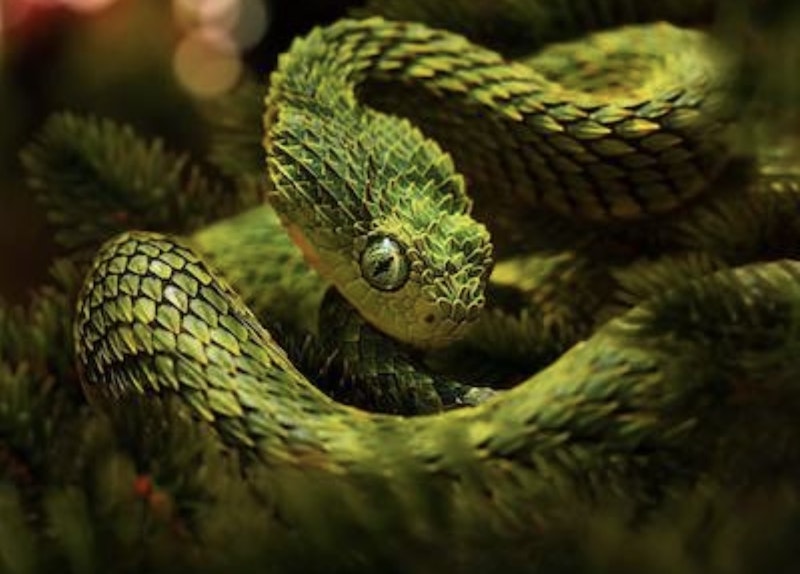 Marjorie Kane sat by the phone for over an hour. Don Jardine was supposed to call at 3:00 on the dot. As he always called, on the dot. But now it was past 4:00. What in the name of Jehovah was going on? Usually of a steely spine, her fingers tugged and worried a handkerchief. She feared the worst.

What she had learned from the Chicago sleuth was that Darla Herrman (also known as Darla Fontaine, Donna Smith, Darlene Foont, Darla Jones, Dolly Carmichael, etc.) was an orphan, parental deaths due to a mysterious boating accident. And that the vixen sailed into Prentice from points not quite in focus. Marjorie had also learned of Roger's safety deposit box, cleaned out the day he vamoosed. And that the Fairlane was traded in, by Roger and Darla, for an MG. And they'd had a "marriage" performed by a decrepit alcoholic in Lewisville, Louisiana. Then it stopped. She heard nothing more from Mr. Jardine.

Also, Prentice citizens began to put two and two together. Before Roger Kane, there had been no peeping Tom business. And when Roger Kane left it stopped. And when he returned, it returned. And now that he's gone again? Hmm...

"Wait one darn minute! I know that son of a bitch," Audrey gasped. Holding a copy of the Prentice Crier, a photo of Roger Kane, the twice missing resident on the front page. "Ooooh," she fumed.

Zeke resigned from Silver Knights leadership, accepted emeritus status. He maintained his ministry; his flock remained loyal. But there was a stain. They'd trusted him to trust Roger Kane. It was on Zeke's word they'd accepted this viper into their Eden. Their esteem for Zeke was still there, but it'd been undermined. Something was diminished and would never fully return.

"He sat next to me on the bus ride here!"

"Oh, he had all kinds of highfaluting tales to tell."

"You weren't taken in by him?" Alexis shuddered at the thought that her older cousin, not the most sophisticated of souls, would, in a moment of weakness, surrender virtue to this villain.

"Uh, oh no. We just, y'know, chatted. Oh, I could tell he was con man," the country cousin fibbed. "He got off in Chicago, I think. He didn't ride all the way to Prentice. What was up with that?"

Audrey retreated to her room, sat on the bed, mortified to think that she'd let that snake charm the pants off her in the back of a lonely bus. "No fool like an old fool," she rued. "Oh, how I would love to see that bastard pay!"

We took the MG for one last spin, hitting 110 MPH on a stretch of coastal highway around five in the morning, top down, a thrill to feel so free. Later that day we ditched it for a better fit for our new life. At Marvin's Imported Autos we sold the MG, then crossed the busy Floridian thoroughfare to a Ford dealership and bought a brand spanking new white (with faux-wood paneling) station wagon, the better to accommodate a family. It was only a matter of time.

I know why the serpent sheds his skin. It feels so good, so natural to start anew, a clean slate. A fresh page. Forgiveness. A new chapter. A reincarnation, if you will. Freedom. It's like walking on water.

Ed Brady took over the Silver Knight reins, making him the chief of the Prentice police department as well the Grand Leader of the local vigilante squad. He rubbed his palms together like a fly. He squinted with eyes like a jeweler.

By the end of the month we'd purchased a new home, a roomy colonial at the far end of a drowsy cul-de-sac, Beachwood Lane, full grown orange trees assuring our privacy.

We furnished the abode in early-American replicas, braided rugs, a few choice antiques, and a kitchen of modern appliances. Our summer stretched before us, the handsome young couple, new to town, full of life, Yankee exotica.

"That gray man, do you know what he reminded me of? A man waiting for a bus."

Once our phones were installed, I gave Shelly a jingle to tell him I’d write at home, and mail scripts to him to sell to the mystery magazines. No need to be in Los Angeles. If Hollywood work rolls my way, the adaptation of a story, say? So be it. We're comfortable as is. Comfy with a shade of lassitude. Heaven on earth.

Darla had taken to TV viewing, reruns of old situation comedies, one in particular starring Jane Wyatt. Mrs. Cheshire began emulating the voice and mannerisms of the TV mom, that mysterious accent, specific yet vague. And her self-effacing smile, a smile that hinted at doubt. She stopped chewing gum, the transistor collected dust. Standing erect, tall for her tender years, with just a touch of makeup, in a somber suit and shell glasses, Darla looked business ready, a youthful 20 or 22.

One night, as we put our books to nightstand, she said, "Roger, one thing you must keep in mind is this: to kill in self-defense isn't a crime, nor is it a sin. Self-defense is a most noble virtue. So. When you killed in Korea it was a kill or be killed situation. You chose life. In addition you were defending God, family and country. Likewise, when I dispatched the detective, it was self-defense. He was set to destroy us and all we have, all we cherish, Mr. Cheshire. I hope, I trust, you fully understand all of that, and any implications and incidentals."

We flew the flag, ran it up a pole in the front yard each morning, weather permitting, the Florida flag below it. And we'd settled on the Episcopalian church, it having an upper crust clientele, the better to insinuate our way into the smart set of this new Prentice, we the strangers in a sea-breezed paradise. I played my role, pipe-smoking author, sending off yarns to this or that mystery mag. I told people I was "working on a novel," and didn't mention Psycho Lana. "The past is past," as Darla pointed out. "It's there to be edited, rewritten, transposed. It's like Silly Putty. They claim it is what it is, that you cannot change it. Balderdash! You can dress the lady in silk or in rags. Your call!"

On a pre-breakfast beach hike, Darla paused her step. I stopped and turned to her. She said, index finger to chin, "Tell them what they want to hear. They'll be happier. And if they're happy, we're happy."

The station wagon came in handy for Back o' the Barn, Darla's antique shop. She picked up items at tag sales for a buck or so, sold them at a distinct markup. Beyond that, she kept busy ordering furniture from Ethan Allen, sanded off company markers, aged the stuff in the rain and the sun and the dew, maybe banged things up with a bicycle chain or a ball-peen hammer, and, on occasion, whipped out Betsy to carve a name into the underbelly of a chair or a table. A name like Revere or Quincy or Paine, something "ye olde." Historical. She didn't call attention to this. The scheme was for a buyer to discover it on their own, let them believe they'd found something extraordinary. In the depths of the shop, an FM radio supplied a stream of easy listening, setting a mood of romance, of mystery, little symphonies of enigma.

Up front, at the register, a glass cabinet filled with counterfeit rusticities: tarnished doorknobs, rust-encrusted flooring nails, corroded hinges proffered as curios or paperweights, all bought at Woolworth's or O'Keefe's Hardware and put in a bucket of seawater or left in the rain for a proper patina of age.

In the meantime, the young beachcombers were an ideal couple, a picture that will be perfected with the addition of a baby. "I hope it's a boy," I said to Darla as we left the doctor's office. "Me too," she replied, the biggest smile beaming up at me, her eyes lit like a furnace in the pit of an Alaskan winter. "Let's name him Kane," she gushed.