I knew that if I played my cards right, I was in. 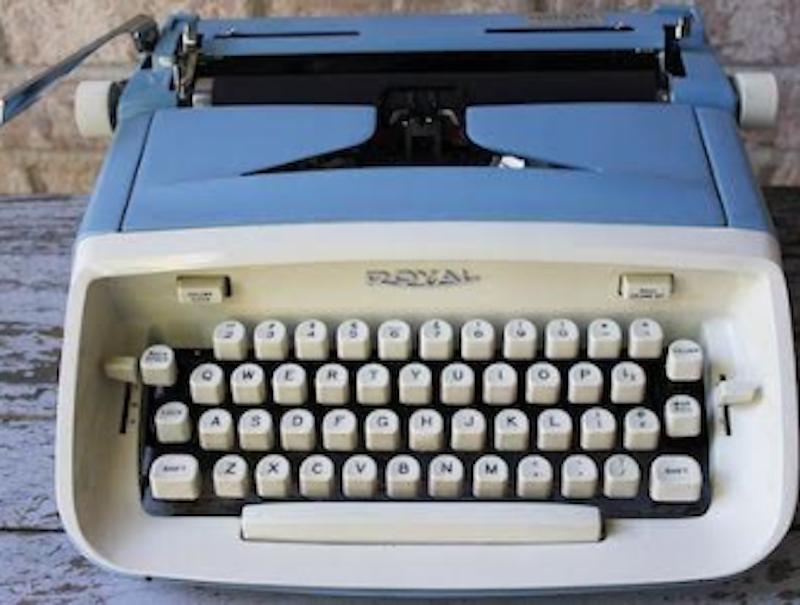 I rented a room in Deanville, south of Los Angeles. It was a simple affair, a bedroom, shower and kitchenette above the garage of a retired couple's home. The Bauers charged me by the week, $20 per. Far from fancy, but it'd do until I figured things out.

The drive west had been easy, Route 66 most of the way, past the hot dog stands and filling stations and tourist traps, a ribbon of highway dotted with billboards in primary colors hawking soda pop and sunny vacations. Oh, and my first week in Deanville, I had my Deuce painted, Candy Apple Red, just as I'd envisioned. You'd never recognize it. From rodent to ruby. That ate a big chunk of my cash. So I called my old agent, figuring if I bought a typewriter, maybe I could bang out a mystery or, being in spitting distance of Hollywood and Vine, a script.

"Boychik! Speak of the devil! In desperation I've been trying to find you! In Boston no more you are!"

"Nah, I moved, and changed my name. Why? What's the manic panic, champ?"

"Years ago that story we sold the movie rights to? And not boffo, but ho-kay, at box office it did? A second life it has! It's now what they call camp! High camp! All the rage it is on campus and in the art houses! A check for you have I got!"

The next day I parked in front of the Brown Derby, hopped out, met Shelly for lunch, whereupon he presented me with a nice hefty check, half of which I put toward a home in a new development in Deanville, a two-bedroom ranch amid a hundred pastel ranches, identical except for color. Of the three color options I chose blue. On one side of me was a yellow, on the other side an orange. And in the orange was a single gal, brunette. My first morning, we stepped out our identical front doors simultaneously to pick up our identical bottles of milk as the Divco truck ground gears down the block in a cloud of exhaust. I remember being struck by her beauty at the same time the exhaust stung my lungs. Our eyes locked.

California, the promised land for the promising lad, the end of the line. Nothing after this except a million miles of ocean. California, the land of milk and honey and low-hanging juicy fruit.

I swam in her emerald eyes, they of the mischievous sparkle. A carport, not a garage, my coupe is in breezy view, an instant conversation piece. After yakking a bit, feeling brash, I asked Laura out. Over drinks at the Lighthouse I found out she was an army widow, hubby killed in maneuvers, a freak accident. No kids.

I knew that if I played my cards right, I was in. I told myself, "She can bring the crackers, pally. No problemo, amigo. Got to play it cool, though. Got to demonstrate proper respect for the recent widowhood, blah, blah, blah."

That night, I lay in bed staring at a ceiling slatted with bright lines cast from the streetlight through Venetian blinds. I was somewhat fraught. Technically speaking, legally speaking, I'm a married man. But to be forthright about that is to nip this baby in the bud. Laura is one cute piece, 36-24-36 of USDA prime. She's a zero to 60 in eight seconds. Only a fool would disregard that. Yet! If the whole shebang blows up in my face I'm stuck living next to an ex. Not a pretty picture. Still! An undeniable piece. I weighed the pros and cons for a few minutes, resolved to go full speed ahead. What's the jingle tell us? You only live once, grab all the gusto! Sage advice. In the meantime, unbeknownst to Laura, I decided to use her as a springboard for a script. Invent enough lurid details, even if it's splashed across the silver screen for the world to behold, she'll never recognize herself. Change her to a blonde, rename her Lana, cast her as a nympho, etc. The dumb bunny won't catch on. Meanwhile, Shelly peddled another one of my old yarns to a TV show. All it took was a minor retread job on my part, change a year, a city. Zing! Sale! I'm in clover.

I have a nice setup on the patio. The Royal Aristocrat matches my house, a tall cool one in reach, a big fat ceramic ashtray to collect butts. The stories are flowing like warm honey as I type away. And Laura within earshot. I whistle, she comes a-running! Cozy. All is in tune.

Not too far from the Pacific, we can spend a weekday afternoon tanning, frolicking in the waves and sunshine, a tinny transistor beaming music and news from some far away place. Life's going swimmingly, so to speak. Smooth as silk. Until one night, by myself, watching TV, I got to thinking. Thinking about Placid. And Anne. Luke. Zeke and Marjorie. Prentice. The Silver Knights. My radio job. Oh heck, just walking into Bacon Brothers Hardware and everyone knows my name, even the new kid. And here I am carrying on with some roundheels from Nebraska who can't tell Shorty Rogers from Al Hirt. It got me down in the dumps.

Then Laura popped over. I slapped her perky rump and all was well. That night, in the sack, sharing a smoke, I intimated that, if fortune favored, I could get her a part in a picture. Pure booshwah, of course. But it was a thrill to see how she lit up, her petite feet kicking in delight. I like making a dame happy. It's just the way I am.

I wonder how the wife and kids are? I'm sure they're fine. Granted, they took a bit of a sucker punch. But they've got the stuff to land on their feet. And Alexis? What about her? Why was she nude in the cemetery that night? Life is strange, filled with strange, I guess. Maybe I'll put "Lana" in a cemetery in the nude? Or a bikini. How about a zombie cemetery neighboring a beach, surfside teens in bikinis and swim trunks twisting to some moronic moptop delinquents banging away on atomic guitars? Or something. Gotta keep the bucks rolling in if I'm going to crawl my way up to Beverly Hills. Even the entry fee for the foothills is steep.