The Line Was Too Long

In an urban industrial complex near you, not too many years from now. 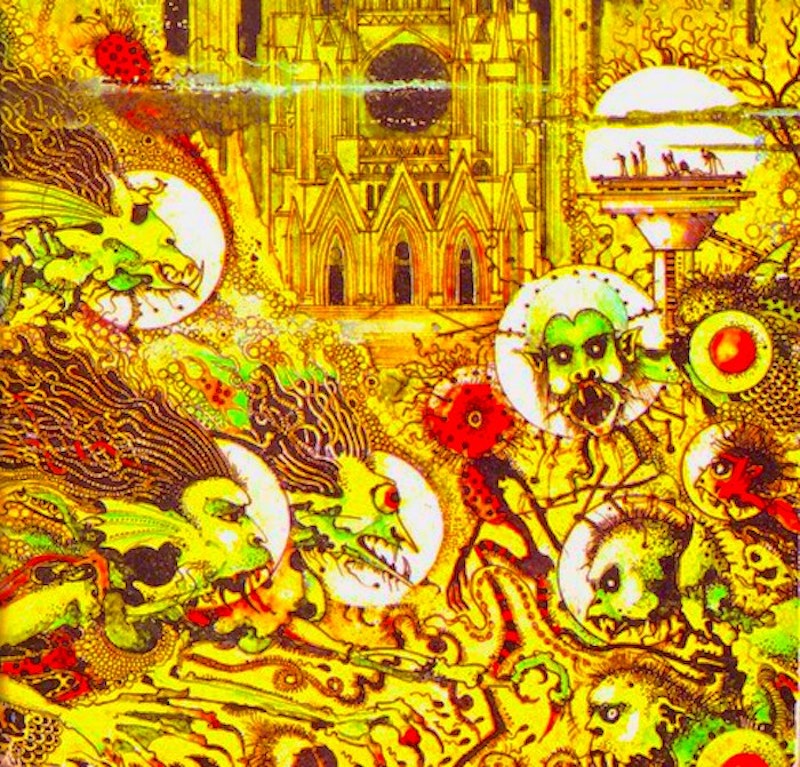 All our amenities were left in the car. The line was too long. I didn’t bother to grab the bag in the left-hand passenger seat back pocket. “How will we wash?” I said we’d make do. We got out of the parking lot around 6:00 as the sun was rising and the streetlights and white noise machines turned on. All the speakers in the ground installed cycle through the same three bird-calls every day. I’m sick of it. I used to be an ornithologist, and I was never particularly fond of the sparrow or the hawk or the woodpecker, and which birds have they picked to speak for the avian race? I wish they’d put some rooster calls in there soon; there’d be a little more life along the pathway to the hospital.

We looked out at a glass building surrounded by sick people in robes. They were blocked off by barricades around every entrance, guards with guns looking down at them from platforms made of plastic. I hope they don’t kill anyone in public today; yesterday was a bit of a drag. “How will we make do without any soap in the hospital?” I told her not to worry, we’d probably get turned away again; the line was too long. It’d been three months and nothing had worked: going right at open, an hour before, two hours, three, even staying up all night in the parking lot. I told them we couldn’t leave the car—there was nowhere else to park—so we’d just have to keep trying. “You are the most stubborn person I’ve ever met.” Then she took me aside and said she regretted marrying me. A bit rude, but understandable: no showers for three months would make anyone salty.

“Why are we waiting up here? I see people waiting down in the parking lot!” She was even worse, always running around, always thinking there was “a way out,” as if there was anything to do but keep trying each day, to keep our wits about us, and stay in line. It was more important that we tried the right way than anything else—I wasn’t about to cut. Besides, where would we be if we got caught? Put up against a wall and shot. When you don’t have to see the mass graves to know every moment they’re there, behind the glass building, you begin to settle. Yesterday the line was too long—today we’ll try again.

“I’m going down there.” Her mother screamed and I just stood as she ran down the platform. She’d never make it to that favela, an encampment of the already sick, the joyful dying—I don’t want my wife or daughter near any of those “people.” Before this all happened, I was a doctor (I studied birds later). I know what kinds of diseases these beings carry, these pink-bellied beach balls full of beer and phlegm, waiting for the first convulsions of their final sickness. Missing out on this once-in-a-world disaster as a doctor has been enormously painful for me—something my wife and daughter don’t understand.

“How could you let her go like that?” Well, I thought, maybe she will find a better way into the building; maybe she could actually book us all a room. I told both of them I wouldn’t settle for anything less than a suite, but at this point, beggars can’t be choosers. But I didn’t tell my wife that, or anything else. I simply pushed her off the balcony, from which she fell 42 stories. Perhaps now it’d be easier to get into the hospital. I looked over the railing, but couldn’t make out my late wife on the pavement. The grubbers and cannibals had already nabbed her, or maybe my eyes were really going this time. She’s better off. As my surgeon’s assistant used to say, “alls well that ends in less bullshit.” I don’t approve of cursing but it’s a good expression, I’ve used it ever since.

Over by the favela I could see my daughter. She was already despoiled by the poor and sick, so I turned around, got in the car, and went back home. She’s already dead to me, and what else is there for me here? The soap she left. Great, I’ll have more at home (I’m not being cute: next month running water goes biweekly). I thought maybe I could get back into practice now, start from scratch, go back to my med school roots. Maybe there would be a beggar on the way home, although I didn’t have any PPE, so I held off. I got home and went back the next day, to the same spot on the same floor of the same parking garage I’ve spent more time in than any operating room, waiting to get in and get my shot, my pills, my exam. Maybe I would get in today—so many maybes.

I went down to the esplanade where the wealthier sick congregated. In full hazmat, I approached a former colleague, now dying in the sun, pruned and blissed out on a Brompton cocktail. What is it like? He looked up at me with purple-yellow pinprick eyes: “…at first?…horrible…but once I got the…once I got the sh—” And then he died. Once again I was let down by the people I loved, or thought I loved. I looked at my watch: seven a.m. Way too late today, but might as well try—go to the garage, walk up the stairs, change in the car, walk down the stairs, walk through the tunnels, approach the ground level entrance. But I was late, and the line was too long. Next time I’ll get in.