An opportunity to glimpse the perfection of the world around you. 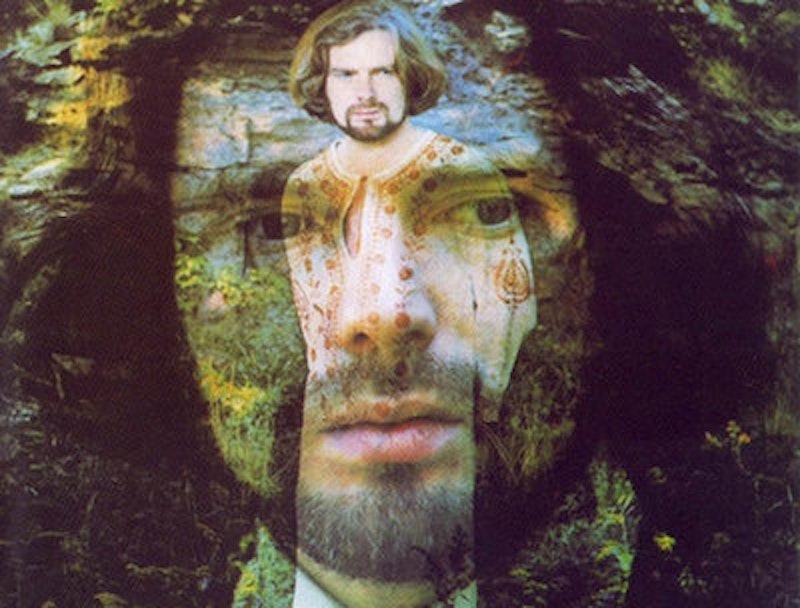 In 1984, I worked on a low-budget independent film in New Zealand called Shaker Run. As a production assistant, I traveled with the second unit crew to shoot b-roll footage not requiring the primary actors. One day we were filming drive-by shots on the snowy roads of Mount Cargill. After a few hours in the frigid weather, it began to snow. We hustled to get the final shot and return to town before the roads became impassible. As the driver backed up the camera truck, he wedged the tires into a huge mound of snow. We were stuck.

The sun was setting and no other cars were in sight. I felt a sense of dread, wondering how we’d free the truck and get ourselves back to civilization. That’s when one of the camera assistants, a Wellington denizen named Peter Cathro, began laughing. “You know what’s going on here, don’t you gents,” he said. “This is a Van Morrison moment.”

Cathro opened the camera truck and pulled out a large boom box. He inserted a Van Morrison cassette called “Live at the Grand Opera House Belfast” and pressed play. The instrumental strains of “Into the Mystic” echoed against the surrounding mountains. Cathro lit a joint and passed it amongst the crew. Within minutes we were all baked.

We became quiet and peaceful. The truck headlights illuminated the falling snow. The engine hummed like a large cat. Miles below, streetlights and building marquees turned on as the small town of Dunedin came to life. What only minutes before seemed like a horrible situation now felt perfect.

As Cathro explained, a Van Morrison moment is one of transcendence, an opportunity to glimpse the perfection of the world around you. As in Aldous Huxley’s Doors of Perception, you’re allowed a peek behind the curtain of “reality.” It might last seconds or minutes, but the encounter yields several truths. Everything is interconnected. The world is ordered, not random. And you are exactly where you’re supposed to be at that very moment.

Cathro compared the moment to Van Morrison since the Northern Irish troubadour often sang of transcendent experiences in albums like Moondance and Astral Weeks. The experience need not be accompanied by drugs, though it often is. The key is that you experience an alternate reality that transforms your view of existence.

I’ve had two Van Morrison moments in my life. The second happened in the early 90s. I’d been through a painful break-up and was questioning everything in my life. As part of my healing process, I kept a dream journal. One morning, I awoke early from a powerful dream. I reached for my journal but before I could record the imagery, the fragments faded away. All through the morning I walked around in a haze. I tried to recall the dream but nothing came. I drove to my parents’ house to have lunch with my mom. As I was heating soup on the stove, I banged my head on the metal flue and knocked something to the floor. I looked down and saw a small giraffe magnet, the head now broken off from the body.

Suddenly, my morning dream came flooding back. In the dream I was in my parents’ living room trying to corral a full-grown giraffe with a chair. My father stood behind me with a whip, lashing my back as I struggled with the animal. The giraffe was agitated, thrashing around, slamming its head into the ceiling. Suddenly, the giraffe broke through the roof. I looked up and saw blue sky. I climbed onto the giraffe’s back and escaped the house, feeling a sense of relief and freedom.

As I returned to reality, I stared at the broken giraffe magnet on the floor. I looked from the kitchen to the adjacent living room where I’d just battled the giraffe in my dream. I couldn’t understand what was happening. Where did the giraffe magnet come from? How is it I “accidentally” knocked the magnet to the floor?

I needed to go somewhere to explore the dream, and drove to Griffith Park, my favorite place to write and contemplate. As I navigated the back roads of the park, a park employee stood in the road with a large stop sign. I got out of the car and asked him what was happening.

“We’re moving a sick animal into the zoo hospital ward,” he said. He pointed to a large building beside the road. I’d passed this facility for years never knowing what it was. It was an animal health center located behind the Griffith Park Zoo. A truck appeared towing a huge animal trailer. I watched in disbelief as two handlers opened the trailer and led an adult giraffe toward the hospital gates. The giraffe struggled, thrashing against the ropes trying to break free.

I felt energized and dizzy, caught between worlds. It was as if this scene was playing out just for me, as if my dream life and my waking life had merged. I watched in awe as the giraffe was finally corralled into the medical center. The rest of the afternoon was a blur.

I sat on a boulder and filled pages of my journal. I was aware I’d just experienced something metaphysical, something beyond everyday logic. Nothing felt random anymore. Nothing made sense yet everything seemed perfectly sensible. I felt connected to a power greater than myself.

I’d had a Van Morrison moment.