The investor never sent a bill to Foss, initiated foreclosure proceedings and was able to successfully foreclose on the property and take the entire value of the property. 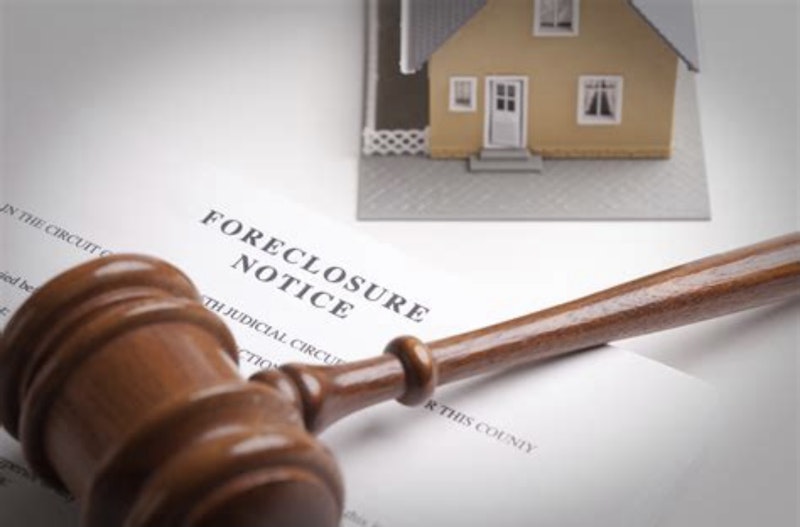 A Massachusetts woman is challenging a state law that allowed the government and a private investor to take her home and all her equity over a debt that was just 10 percent of the property’s value.

“In Massachusetts and 12 other states, the government can take your property for a tax debt and foreclose on it and keep the entire value of the property no matter how small the tax debt, no matter how valuable the property,” says attorney Joshua Polk of Pacific Legal Foundation (PLF), the law firm representing Deborah Foss of New Bedford, Massachusetts.

“Miss Foss purchased the property in 2015 with her life savings and the inheritance that her mother left her,” says Polk. “The property was tax assessed at $241,500 for 2022, and so this private investor—over a tax debt that started out at $3,600 and then skyrocketed to $30,000 after subsequent taxes and interest—was able to walk away with roughly $210,000 worth of property value.

It gets worse. The 67-year-old Foss was evicted in February, during a winter storm, while she had Covid. She has been living out of her car ever since and while Polk says she has taken steps to try to get back on her feet, she owns nothing.

It’s up in the air as to when Foss can have her day in court, in this case Massachusetts Superior Court. “The gears of justice grind slowly but we are suing on the basis that this violates the United States and Massachusetts Constitution,” says Polk. “When the government takes private property, including equity, for a public purpose, which could include payment of local taxes, it has to provide compensation for anything above and beyond that tax debt.”

Pacific Legal Foundation is no stranger to these situations. In 2020, the law firm went to court in Michigan on behalf of Uri Rafaeli. “Our client accidentally underpaid his tax bill by $8.41 and the county took his entire property, sold it for thousands of dollars and returned nothing to him,” says Polk. “We were able to secure victory in Michigan Supreme Court and bring that practice to an end there and we are hoping to replicate that success here in Massachusetts.”

There’s currently a bill in Massachusetts that could remedy the situation for all homeowners in that state. House Bill 3053 would eliminate the ability for investors or municipalities to take the entire value of a property for a small tax debt.

“This is a multi-million problem in the United States,” says Polk. “It is a minority of states that allow this kind of injustice to continue, but we are talking about millions and millions of dollars’ worth of equity being lost in just one state (Massachusetts).”

In one year, there was $56 million worth of loss through tax foreclosure. “In my opinion that’s cruel, it’s unjust, and ultimately unconstitutional.”

I contacted the private investor, Tallage Davis, LLC for comment and received the following response:

“The Trust had never paid a property tax bill after it acquired the property. After several demand letters from the City went unanswered, a foreclosure complaint was filed in Land Court in June, 2018. A hearing was held before the Land Court on July 18, 2019. The trustee of the Realty Trust, Deborah Foss, who also lived at the property, attended the hearing and was informed of the balance owed on the tax debt. Ms. Foss was given an opportunity to redeem the property by paying off the back taxes, or hire a lawyer to challenge the tax taking. She did neither, and was defaulted. The Court entered a foreclosure judgment on September 25, 2019.

“In the fall of 2021, the new owner of the property by foreclosure, Tallage Davis, LLC, attempted to work with the occupants of the property, who are sisters, to relocate. In a subsequent Housing Court action, the occupants signed an agreement under which they agreed to vacate the premises by November 30, 2021 in exchange for a monetary settlement. The sisters did not honor that agreement. During a subsequent fire department inspection of the house on December 16, 2021, the inspectors discovered an oil spill in the basement, which compelled Tallage to take immediate remediation actions to contain the environmental damage under General Laws Chapter 21E. Due to the unsafe air quality inside the house, Tallage paid to temporarily re-locate the sisters to a hotel while the contamination was being remediated. The remediation is still on-going and has been carried out in strict compliance with the Massachusetts Contingency Plan regulations, which govern the clean-up of hazardous waste sites. Tallage has incurred over $75,000 in clean-up expenses to date.

“The clean-up has been assigned a docket number (4-0029138) by the state Department of Environmental Protection, and the relevant file documents can be viewed here: https://eeaonline.eea.state.ma.us/portal#!/wastesite/4-0029138. The sisters eventually vacated the property on February 1, 2022 and Tallage paid the agreed-upon settlement funds.

“Tallage has not seen the Complaint that Pacific Legal Foundation intends to file, and therefore cannot comment, other than to say that Tallage has followed all of the statutory requirements governing the tax lien foreclosure process and the hazardous waste clean-up of the property.”

An article in Commonwealth Magazine features similar remarks from Tallage.