You meet all sorts of people, at the concert venue, on the road and in hotel bars. 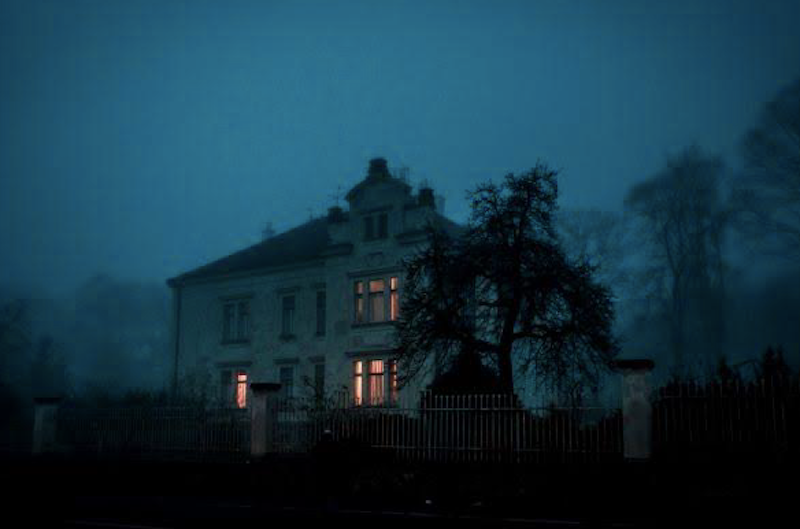 For a while I performed as a pop singer. A guy in a relatively well-known indie band in France heard me at an open mic night, liked what I did, and asked me to open for him while he toured. Touring is interesting. No matter what problems you may be having, whether money, unemployment or romance, as soon as you get into the tour bus and leave town, they’re forgotten. When you get back to town they return, often redoubled in intensity, but the suspended animation of touring is magical. You meet all sorts of people, at the concert venue, on the road and in hotel bars.

Once I met Frank S. at the hotel bar where I was be staying; he was there for The International Plumber’s Convention. Making conversation, I mentioned to him that I’d always imagined a plumber’s work brought them into close proximity with the hidden side of life; that plumbers must see the unusual. These words acted as an “Open Sesame.” All the stories stuck inside all came rushing out. The following was representative.

“Unusual things? I could tell you a thousand and keep going. I’m going to tell you a story, it’s a strange one, but it taught me something I’ll never forgot about people, time and life. I was an apprentice just out of Plumbing Academy. Had my first job at a small company just outside T. I was still green but raring to go! One night I was plumber on duty so it was up to me to respond to any emergencies. I sitting at the desk, twiddling my thumbs, thinking maybe I’ll get a busted pipe or clogged sink (those are the real money makers!) who knows? Just give me something!

“Suddenly the phone rings; an urgent midnight call. It was the voice of an upset elderly lady. I put those plumbing psychology courses I’d taken back at the Academy to work and got her calmed down in no time. I asked what the problem was; she said she couldn’t tell me over the phone but it was urgent and couldn’t wait. Imagine how I felt: a job and a mystery!  I got the address, picked up my tool box, boom and was off. Boy was I excited!

“It was place somewhere up on Snob Hill, you know, big houses, nice lawns; this place even had one of those lawn jockeys in front of it. I knock on the door; I discover that the place belonged to an older couple, well-dressed and polite. I ask what the problem was, and they lead me to the toilet. So I get there and what do I find? Nothing but a toilet in perfect working order; a little dated perhaps, but ready and serviceable. So what’s the problem?

It turned out that until that night there had been a severe material blockage in the toilet and it wouldn’t flush away. The couple spent their time talking about it, deciding what to do or cleaning up when, after an unsuccessful flush, the toilet overflowed onto the waxed parquet floor. That night, after countless years, it finally flushed! And now—they wanted it back! They couldn’t stand staring into that empty bowl. They felt lost and didn’t know what to do. What would they talk about? Its silence terrified them.

“I had to tear up the floorboards, go through every hook and joint in the place. It was a pretty Byzantine system, not an easy job for a novice, but I got it back for them, right back in the bowl which I sealed off with some silicon putty.

“At first they seemed happy, but then they started to bicker. She asked if he left it there; he says no; she says it’s got his name written all over it; he responds saying if she’s the one reading it than maybe she wrote it, too. And so on and so on. The turd wasn’t so special, wasn’t that big, no unusual qualities really, color, weight everything seemed normal. Funny, huh? But like I said: people, time and life!”

He sighed, and, lost in thought, added, “But that was a long time ago. Youth!”