Be kind my ass. 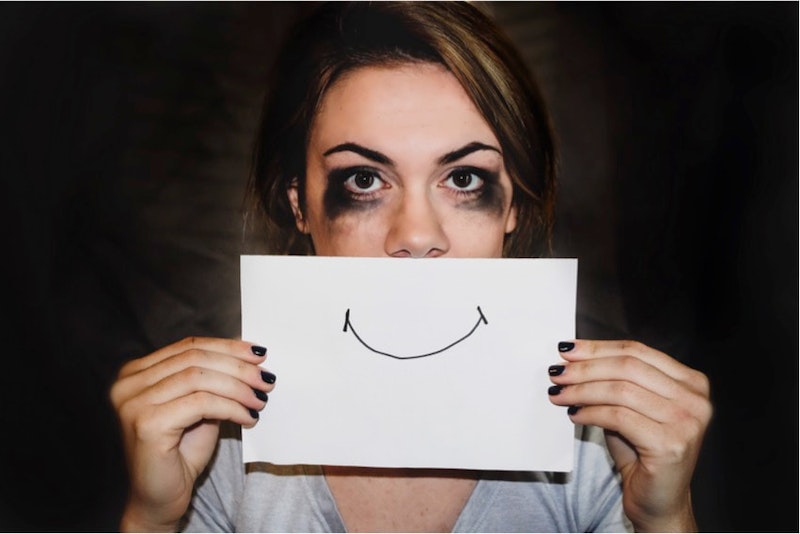 Call me anything but “fake.” It takes a genuine person to be called a bitch and I accept the role, grateful for the nomination, shout out to my fellow talented nominees worldwide. Per Shakespeare in As You Like It, “All the world’s a stage, and all the men and women merely players…they have their exits and their entrances, and one man in his time plays many parts.” It’s true we have many faces, but some people act more than others when it comes to the faces we show to the world. Do you act one way to family, one way at work, one way to friends? No doubt there are those who appear cheerful on social media, all sunshine and kindness, while treating some people with bitterness, passive aggressiveness and low-key bullying to take out their darker-side resentment and anger. Familiarity breeds contempt, as they say, but I'm pretty much an equal opportunity bitch to everyone.

Toxic positivity is the belief that no matter how dire or difficult a situation, people should maintain a positive mindset. While there are benefits to being optimistic and engaging in positive thinking, toxic positivity rejects all difficult emotions in favor of a cheerful and often falsely-positive façade. Toxic positivity is all over the internet and we see it every day. GOOD VIBES ONLY! BE KIND! LOOK ON THE BRIGHT SIDE! STAY POSITIVE! MY ONLY BLOOD TYPE IS B POSITIVE! And on and on.

The problem with toxic positivity is that it’s shame-inducing, causes guilt in any normal human person or God forbid someone who suffers from anxiety or depression, and definitely creates a gaslighting narrative invoking a false pretense of an emotion that might not be what someone is feeling at a certain moment. Lot of projection out there, too. I’ve seen some throwing around of the word “narcissist” online by some folks that have made me think “takes one to know one.”

This isn’t to say that people shouldn’t be kind. Just that people shouldn’t be bossed into doing it by others. I believe in being there for others. I can’t stand bossy “BE KIND” posts, they make me sneer and want to kick something over. As someone who’s struggled with mental health issues and migraines for the last quarter century, it’s a struggle for me to be kind even to myself for 15 minutes much less muster the heady concept KINDNESS as dictated by someone on the internet yelling at me about looking ON THE BRIGHT SIDE.

This doesn’t mean I wouldn’t take off my coat and give it to a stranger who was cold. I’m the kind of person you could call at two a.m. and I'd drive four hours to pick you up if you needed help. The people who’ve been through some shit are the ones you want around when you’re going through your own. Our tribe knows who we are. We also have the ability to be able to sniff out who the bullshitters are. We see you, with your klout-grabbing happy ass social media posties, like, follow and subscribe besties! Positive vibes onlyyy! Ack. I can barely even get out of bed from under a blanket of depression some days. I want to follow people who understand what that feels like and aren’t afraid to talk about it; those are the influencers I can identify with, not the ones who tell me their blood type is B fucking positive.

I bet the hurricane victims would LIVE LAUGH LOVE to tell people to fuck all the way off with their healing thoughts and encouraging words at the moment; send cash and fresh water instead.

I don’t want to see your yoga poses, cheerful ass TikTok/reelios, healthy recipes and mantras while I’m eating microwave popcorn for dinner in bed at 12:30 a.m. watching Dahmer. That’s what scrolling is for. We can curate our lives, our vibe attracts our tribe, sometimes life is just about getting by. Life is a big come-as-you-are party and we’re all trying to get through it one day at a time, the best way we know how.