Did All The Yuppie Scum Die?

They just got older. 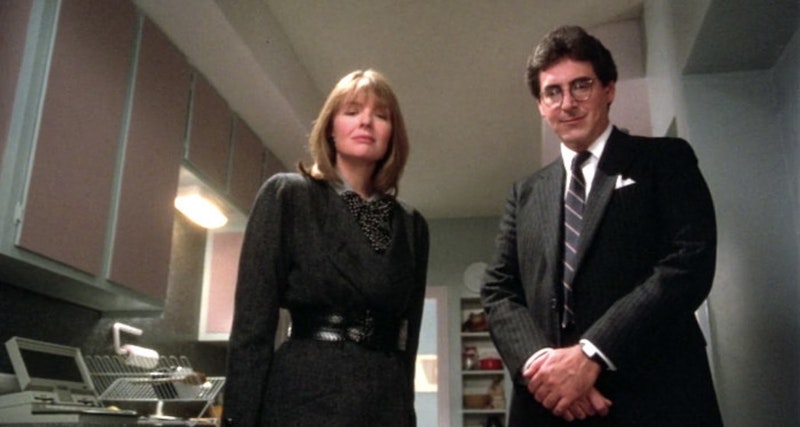 Writer Joseph Epstein recently caused a stir with his Wall Street Journal piece about Jill Biden's use of the "Dr." honorific feeling "fraudulent, even comic." Democrats took offense at the story's "sexism" and "misogyny," although they'd ignore a similar story written about a prominent Republican woman. Slate wouldn't have even bothered to cover that story, but the website's aggrieved response framed Epstein's intentional provocation, aimed at a white woman, as an example of how "Black and brown women" in academia are especially disrespected.

The 83-year-old writer, a veteran critic of modern academia, instantly became the progressives' whipping boy du jour on Twitter, but few of his newfound revilers (who'd never heard of him before this incident) realize that Epstein's the guy most often credited (it's disputed) as the first person to use the term "yuppie" (young urban professional) in print. That was in 1982.

It was in an Epstein piece for Commentary during a time when the public consciousness had become fixated on the concept of well-heeled, white-collar city dwellers and their numerous irksome foibles. "Yuppie" was probably a play on "yippie," which is what members of a radical anti-establishment group founded in 1967 were called. The group's founder, Jerry Rubin, went on to distinguish himself by becoming the first prominent hippie to become a yuppie. The yuppies, who were mostly white and "privileged" well before that term came into vogue as a shaming tool, embraced the materialism the hippies and yippies once rejected. Hippies loved their Volkswagen vans because the vehicle's communal vibe dovetailed with an "endless summer" ethos, while yuppies preferred "Beemers" for the prestige associated with "German engineering."

But going from the VW microbus to the BMW E30 M3 as cultural touchstones required a trip through the economic doldrums of the 1970s, a decade marred by high inflation and low growth—the dreaded "stagflation." Interest rates as high as 20 percent put a damper on even modest aspirations of materialism, so when the bust finally turned to boom in the 1980s the pent-up desire for consumption was able to find release, thus spawning the yuppies and their unbridled acquisitiveness.

The Löwenbräu beer commercials of the late-70s are ideal time capsule material. They were perhaps the first major corporate announcement that the yuppie era was in progress. The TV ad from 1978 provides a feel for these young urban strivers. Three friends are at an upscale bar celebrating the promotion of one of them to retail sales manager. They're drinking Löwenbräu (imported lagers, not craft IPAs, were status symbols then) because, as the promotee puts it, "Isn't that what retail sales managers drink"? The jingle plays in the background: "The beer we'll pour must say something more." These self-satisfied up-and-comers aren't Old-Milwaukee-swilling plumbers in the corner tavern, and they need a beer that "says" they're several cuts above that because what they consume is who they are.

Although the term has lost much of its sting, yuppie was originally used as a barb, as many found their self-centeredness off-putting. Sometimes it reached a boiling point. "Die yuppie scum" became a chant aimed at high-salaried gentrifiers driving lower-income people out of their neighborhoods. The residents who didn't get forced out would be left with the indignity of watching their new neighbors flaunt their Platinum-Card lifestyles while they struggled to make ends meet. At the very top of the "yuppie scum" ladder there was Patrick Bateman, the murderous protagonist of American Psycho played in the movie version of the Bret Easton Ellis novel by Christian Bale.

Ellis portrays all of Batemen's Wall Street buddies as uber-yuppie freaks obsessed with getting New York City's most difficult dinner reservations, but with the Bateman character he's asking us to imagine the worst case yuppie scenario: What could happen when someone who's already unbalanced gets all the humanity sucked out of them and the egomania takes over because of an obsession with cocaine, designer labels, the trendiest clubs, and the hottest reservations? Bateman's the most evil yuppie of all time—a monster who, within minutes of murdering someone for kicks, could let his narcissistic mind wander to the rare roasted partridge breast in raspberry coulis that he wanted to try at the new cool restaurant that most people couldn't get a reservation at.

BMWs were once such a popular accoutrement to youthful urban success that it became a cliché, but their allure has faded just as the concept of the yuppie has. I can't think of the last time I've heard anyone say "yuppie." Although 22,000 magazine and newspaper articles have at one time featured the word, the media's lost interest now.

Hollywood once churned out yuppie-themed films (The Big Chill—1983, Baby Boom—1987, Working Girl—1988, The Game—1997), but that's not happening anymore. The yuppies faded out of the public's consciousness as they aged and became less newsworthy.

Newsweek declared 1984 "The Year of the Yuppie," and in 1991 Time ran a mock obituary proclaiming the death of the yuppie. The current version of the young urban professional is still gentrifying working-class neighborhoods and seeking out the latest pop-up restaurant, but they're less ostentatious. Overt hedonism has yielded to showing that one knows the "right" goods to purchase—green cleaning products, ethically-made clothes, fair-trade coffee, and other environmentally-friendly items seen in your shopping cart at Whole Foods.

And instead of Löwenbräu being the most obnoxious beer brand, we now have Wellbeing Brewery, with this motto—Solely Dedicated to Non-Alcoholic Craft Beer. A single can of their Hellraiser Dark Amber will set you back $12.99, but think about what it says about you. If you drink it, you've certainly got a much cooler job than retail sales manager. Or maybe, rather than having a job you have a passion that makes you money. You dream of your Etsy store going public some day.