Skip the breathing exercises, bring on the epidural. 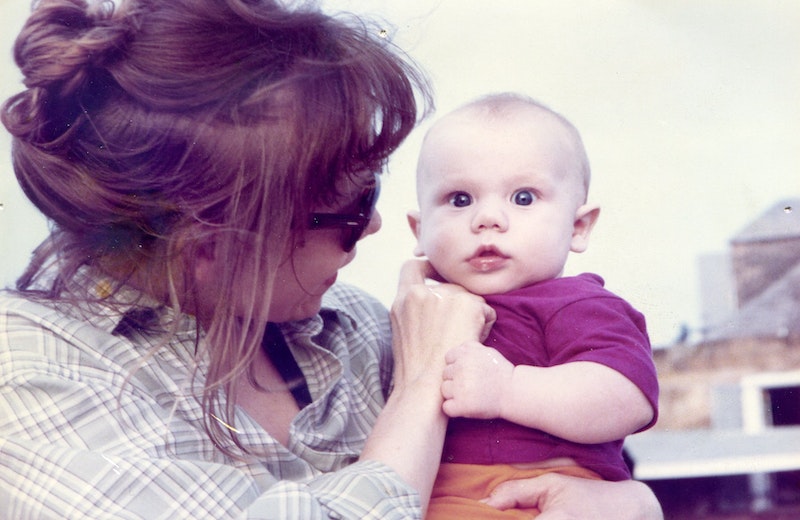 Are Lamaze classes for expectant couples still a prerequisite for enlightened/ethical/organic parenting these days? I’m past that stage, but as our son Nicky Otis Smith’s 23rd birthday will be celebrated on October 20—he shares that date with Arthur Rimbaud, as my friend Crazy Joe immediately pointed out—memories of my wife Melissa and me taking cabs uptown in the summer of 1992 are still fresh. She’d meet me at the bar Milano’s around the corner from the New York Press Puck Building offices around seven, gab with some friends, and after a quick beer off we’d go into a foreign environment.

As I recall, the six or so Lamaze sessions, shared with eight other couples from various backgrounds, weren’t at all unpleasant, and at times there was even mild laugh or two. My father, had he been alive in ’92, would’ve been puzzled by this ritual, as he never participated (like men of his generation) in any sort of prep like that for the birth of his own five sons. But it was a different era, as defined by soon-to-be-elected Bill Clinton with his “I feel your pain” malarkey. As if a man could really get what a woman endures during the birth of a baby. Anyway, we dutifully paid attention to the instructor as she held forth on breathing and Kegel exercises, the importance of ice chips, and the necessity of the father to witness the whole shebang. She stressed that adherence to these pointers would make drugs completely unnecessary on the big day, which got a mixed reaction from the crowd. After each Lamaze hour, Melissa and I would go to a restaurant on the Upper East Side, then return to our Tribeca loft, and watch the tube, until I was sent across the street to Bubby’s to get her a liverwurst sandwich, the smell of which was worse than a ripe durian.

In our case, the Lamaze preparation was absolutely worthless. On the afternoon of Oct. 19, Melissa called my office, said it was time, so I raced home and we hailed a cab to New York Hospital. The driver, a little shaky to begin with, almost had a cow when, on the FDR Drive, Melissa’s water broke and he protested that he didn’t want to end up in The New York Post the next day, buried in the tabloid’s agate, about the hero cabbie who delivered a baby on the road. He weaved in and out of traffic, at a speed that was just a bit treacherous, but dropped us off safely. Then it was up to the delivery room, where a 23-hour ordeal was just starting. It was calm at first, mostly friendly visits from nurses and Melissa’s obstetrician, and we watched that infamous Clinton/Bush debate when the latter checked his watch during one of the Arkansan’s interminable soliloquies. Bush got slammed for that “gaffe” the next day, but who wouldn’t have done the same?

It wasn’t long before the rough stuff began, and Melissa chucked the Lamaze manual and requested an epidural, which left her quite jolly (thankfully, since she was understandably grouchy), at least until the next one. On and on the night went, and the doctor was getting perturbed that little Nicky was taking his time, and insisting that my wife “push harder.” Easy for her to say. Around five in the morning, a giant pair of forceps was introduced to the proceedings, and I wondered why we’d even gone to Lamaze to begin with, since the whole scene was getting a little too 19th century for my taste. Finally, the doctor decided that Melissa was a bust at this standard childbirth jazz, and a C-Section was scheduled. I was permitted into the operating room for that, with gown and all, and as the six or so professionals cut her open—I did take a peek behind the curtain, and it wasn’t for the squeamish—and laughed about the previous night’s episode of Seinfeld, I did a slow burn. Soon—although it seemed like an epoch—our baby boy Nicky was introduced to us. The obstetrician the mused, “No wonder it took so long. He’s well over 10 lbs.!” Had I been churlish, instead of merely relieved, I’d have said, “No shit, lady, Melissa’s a small woman, what the hell did you expect?”

Anyway, while Melissa dozed, I walked over to 3rd Ave. to give the news to two of my brothers at their offices in the Lipstick Building, and we patched in another brother in London, and there was much merriment. About two months later, the three of us traveled to Key West (picture above), and Nicky grooved to the ear-bleeding sounds of Jimmy Buffett’s “Margaritaville” and other hippy-dippy songs. And after that, I’ve never once complained about crying babies on airplanes.