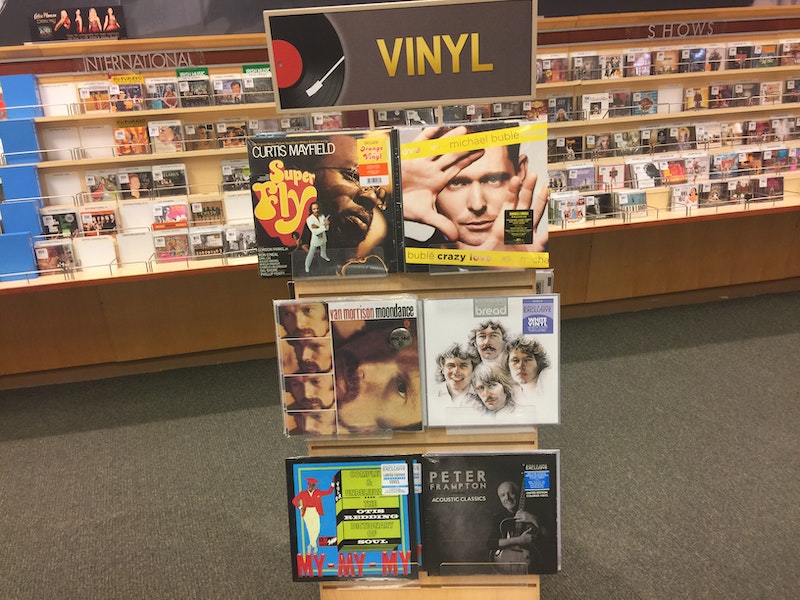 On occasion, my son Booker and I frequent one of the Dollar Stores more commonly known as Barnes & Noble. As most know, it’s a dying chain, swallowed by the cheaper and more convenient Amazon behemoth, so I suppose it’s premature nostalgia that takes us there—remember, B&N exploded in the 1990s, to the consternation of those, like me, who far preferred independent bookstores—but it’s mostly a waste of time. Last Saturday we went to the B&N in Baltimore County’s ghost town of Towson, and I was flabbergasted when, looking at “new arrivals” on the ground floor, a woman was talking on her cell, saying to someone, “It’s a madhouse in here, I’m just going to pick up a novel and get out of here!” I did a quick headcount, just out of curiosity, and, not including employees, there were nine customers present. Maybe the definition of the word “madhouse” has undergone an operation in my absence: sometimes, I just can’t keep up.

We spent about 20 minutes at this B&N outlet, enough time for me to get a coffee, peruse the out-of-date rack of magazines—I did see that the latest issue of Rolling Stone was a paltry 60 pages, not surprising, but germane to us because I’d dug out some old copies of RS from the early '70s for Booker, a time when the biweekly was hot as a pistol—hit the john and then take a fruitless spin around the DVD/CD section. I guess it was about two or three years ago that the embattled executives at B&N, trying to keep heads above water, decided to sell vinyl records at the stores, but the prices are outrageous, and the selection is a paltry smattering of “classic rock.” It’s fairly laughable, the cluelessness of whomever approved the marketing move, but I do feel bad for all the B&N employees nationwide who’ll soon be looking for work as the chain winds down. As of early January, B&N had 638 stores in operation.

It was a relatively short-lived boom for Barnes & Noble. As I mentioned above, initially I was aghast at the chain’s ethos when the stores spread like weeds in Manhattan. The idea of people lounging in easy chairs, reading magazines—and not buying them—or books while munching on a pastry, and hanging out for a couple of hours just struck me as weird. How could a store make money with that ersatz Summer of Love vibe? I was wrong, of course, and while I never engaged in that lounging—who had the time?—I did come to appreciate the then-novel computerized system of finding a book you were searching for, the perky staff and sheer volume of product. I still shopped at the Coliseum uptown and Shakespeare & Co. (now gone) and The Strand downtown, but it was a perfect outlet to take young kids and not get scolded when they spread volumes of the Goosebumps or Dr. Seuss titles on the floor. (Which, after attending to my own perusal of history or music books, and usually buying one or two, I dutifully cleaned up.) Then again, it was a time when Tower Records and then Virgin appeared invincible; who’d have known that a mere decade later they’d all be gone, replaced by a CVS or Bed, Bath & Beyond?

If this reads, correctly, like another wistful demise of brick & mortar store obituary, so be it: the process isn’t yet complete, and it’s still disconcerting. That said, I like Amazon a lot, have a prime membership, and though I find the reviews of books and music hardly trustworthy and sometimes barely literate, the selection is impressive. For example, lately I’ve been on a Richard Yates kick, buying the novels and short stories of the early-'60s writer who, although recognized for his brilliant Revolutionary Road, didn’t achieve his due while alive. The movie version of that book (2008) must’ve been a boon to his heirs—he died in 1992—and now that’s the only title of his that Barnes & Noble stocks. At Amazon, you can find nearly his complete collection, even if a few are sold through third parties or used. I could traverse the B&N website and probably have better luck than their physical stores, but Jeff Bezos—who really is entrepreneurial whiz, and not as publicly obnoxious as some of his West Coast brethren—now has my allegiance, and dollars.