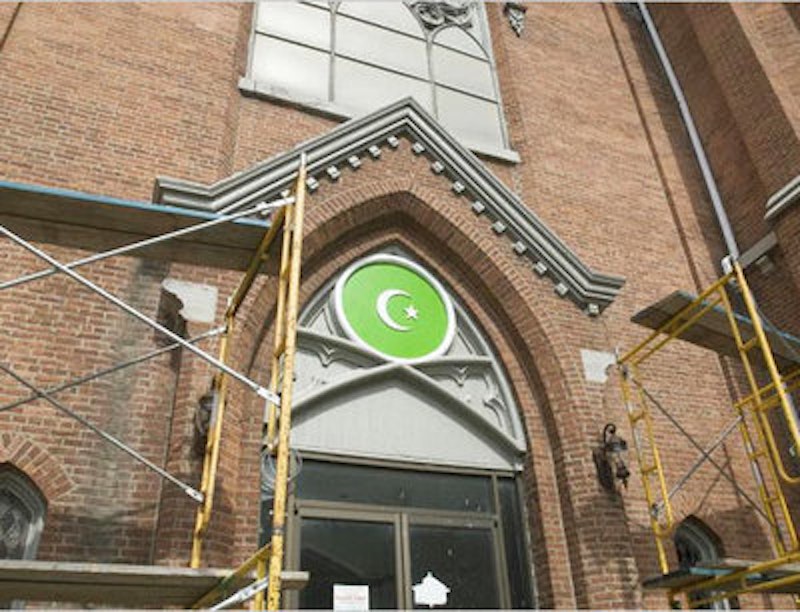 Well, well. So the pollsters have smited the ghouls of Zion.

The “takeaway,” to use contemporary argot, is that the American people aren’t quite as ready to sacrifice their children on the altar of Zionism and the idea of an “indispensable” war-mongering internationalist United States (the tail wagged by the crafty Israeli dog) as their masters in Washington and Tel Aviv would like them to be.

Sacrifice? The children? Has Harris indulged here in the notorious “blood libel”? If I have, so I have. To Podhoretz, Kristol, and Frum, I say this: If this be treason against the neo-liberal novus ordo seclorum, then make the most of it.

Another poll, this one from Europe, reaffirms the existence of a deep anger among the indigenous peoples of that unhappy continent. Apparently, a plurality of Europeans favor a total restriction of Muslim immigration into their ancestral lands.

I suppose an admitted reactionary such as myself should be pleased at this popular defiance of the Davos Consensus. The trouble is that—to use even more vulgar contemporary argot—“that train has already left the station.” By keeping the Mohammedan out of Europe, what does the European preserve?

His Christian heritage? As we all know, the European discarded that long ago. The churches of Europe are empty, when they haven’t been converted into mosques, or brothels. Meanwhile, the European’s deep culture, stretching back in a line that connects, or should connect, contemporary Europe with ancient Athens, has been trashed. His children abuse that culture as nothing more than one long apologia for “racism” and “discrimination.” This hedonist European himself has no use for it, dulling himself with applications of pornography, soccer, and dreams of the assisted suicide via which he’ll leave this world when, childless, decrepit, and without real human contacts, he finds that it is time to shuffle off his mortal coil.

No, there’s nothing to preserve in Europe. Let the hordes come. Let the continent’s people’s submit to integration into the ummah, with their women veiled and the crosses of the grand cathedrals smashed and replaced with Islam’s crescent. Let the cobbles of the market squares run with the blood of the impious, their necks cloven by the executioners’ scimitars as they submit to the discipline of their new Muslim masters.

This Sunday, in our little Russian Orthodox church here in Indiana, we will celebrate the vigil of the Synaxis of the Three Hierarchs, praying also for the New Hieromartyrs Grand Duke Pavel Alexandrovich and Grand Duke Dmitry Konstantinovich, while prostrating ourselves before the holy icons of the Righteous Pelagia of Diveyevo, Ciriacus of Antioch, and the Venerable Zeno, Hermit of the Kiev Caves.

O! A spiritual feast of high midwinter, as the cold season ripens and tips towards spring and the Most Glorious Holy Pascha of April 16!

The timing for this embarrassment of riches is right, for I actually have an acute need of holy succor right now. A friend informs me that Russia, of all countries, is disproportionately responsible for the epidemic of lesbian smut that, I’m told, does so much to make the Internet a wasteland of spiritual death.

This is, you can imagine, hard news for those of us who have taken Russia as a civilizational model (even if not uncritically) to bear; still, it does no good to ignore the truth. We traditionalist Christians, of all people, must bravely bear the taste of wormwood.

If it’s the truth. I will look into this. I hold out Christian hope that the whores identified as “Russian” in these impious digital products are in fact Belarusian or Ukrainian, or even Samoyed, Tatar, Kalmyk, or Chuvash—at any rate, corrupt Russian-speaking products of the Russian mir, or world, of which Professor Daniel Larison is such an expert—and not ethnic Russians at all.

Father Nicodemus asks that I share the fruits of my research with him, and even offers to help me with that research, alone in his room in what passes at our humble church for a rectory, his cassock open as he sprawls manfully backward in his chair, his laptop on his lap, his hands fragrant with the cream he uses to keep his rosy skin soft, his fine, sturdy legs akimbo.